The latest addition to CÎROC's expansive portfolio of flavoured vodkas. 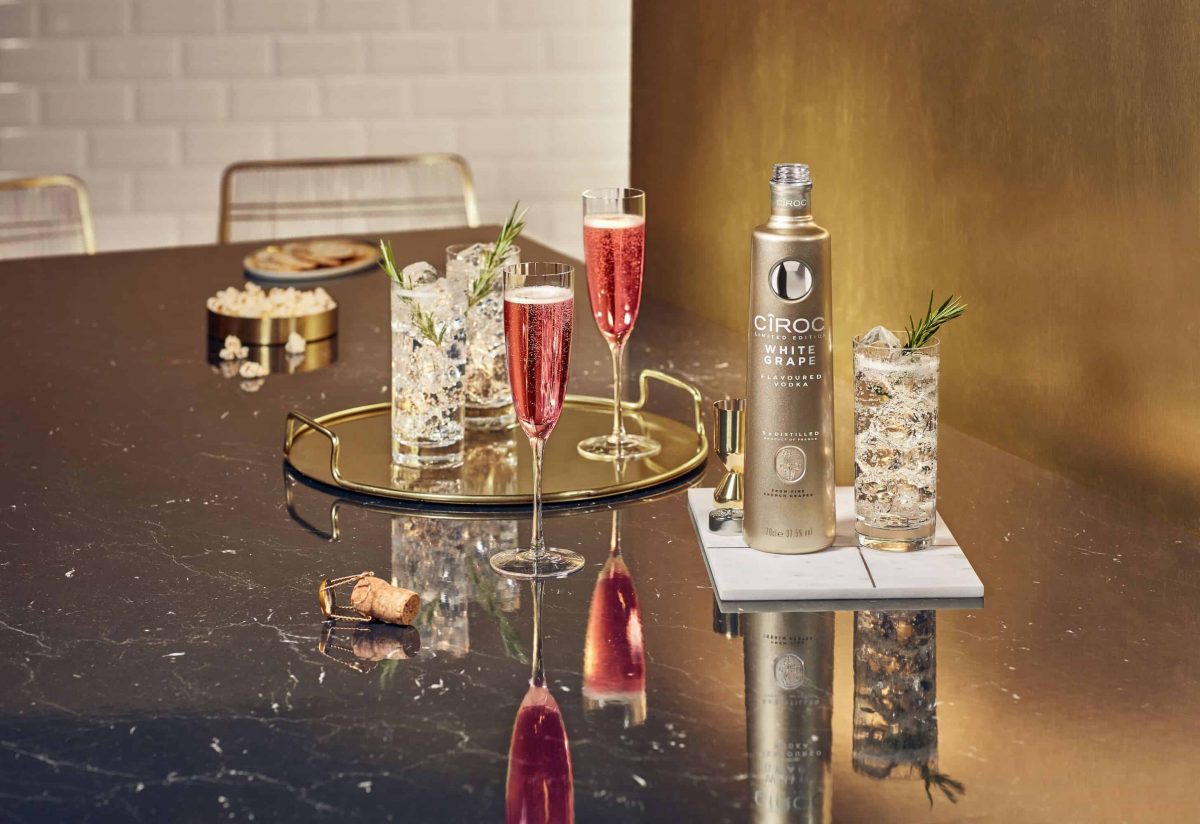 Flavoured vodka has seen exponential growth in popularity over the past few years. Purists will disprove, but the rise is popularity is perhaps unsurprising given the spirit’s typically neutral character.

Launched in 2003 by Master Distiller Jean-Sébastien Robicquet (born from generations of wine makers and distillers dating back to the 15th century), CÎROC has become the premium flavoured vodka market’s leader, with a profile of numerous expressions.

Distilled in south-west France, using grapes as opposed to grain, potatoes or corn, CÎROC is an ‘ultra-premium’ vodka distributed by British-based Diageo, while Sean ‘Diddy’ Combs has acted as Brand Ambassador in charge of marketing and promotion since 2007, also owning part of the company. Until recently, CÎROC’s white grape vodka was exclusively shared among friends of Combs, but has been launched as a limited-edition release in the UK.

After distillation, the original vodka is flavoured. The White Grape expression, for instance, is imbued with fresh grapes and a blend of additional, unspecified natural flavourings, bottled at 37.5 per cent ABV. Specifically designed to act as a party piece, the bottle has a traditional CÎROC shape but is adorned with a brushed gold finish.

On its own, CÎROC White Grape has prominent aromas of sweet white grape juice alongside some slight honeydew melon, peach and feint marshmallow sweetness. As is the case with the nose, the liquid’s flavour profile is relatively rich, sweet and fruity but noticeably clean, with further notes of grape juice joined by some lemon savours and a whisper of vanilla; while the finish is warming but exceptionally smooth.

Very enjoyable on its own, or perfect in classic cocktails such as a play on a Kir Royale, with crème de cassis and Champagne; or ice-cold as the base of a dry martini garnished with pickled grapes.

CÎROC White Grape is available from Amazon and thebottleclub.com, RRP £35.90, 70cl. An ideal Christmas gift, the vodka is also available from getitinkd.com, where shoppers have the opportunity to personalise the bottle with a name or a message of choice.