Former Tory MP Sam Gyimah could get his vote in the hotly contested Kensington constituency. 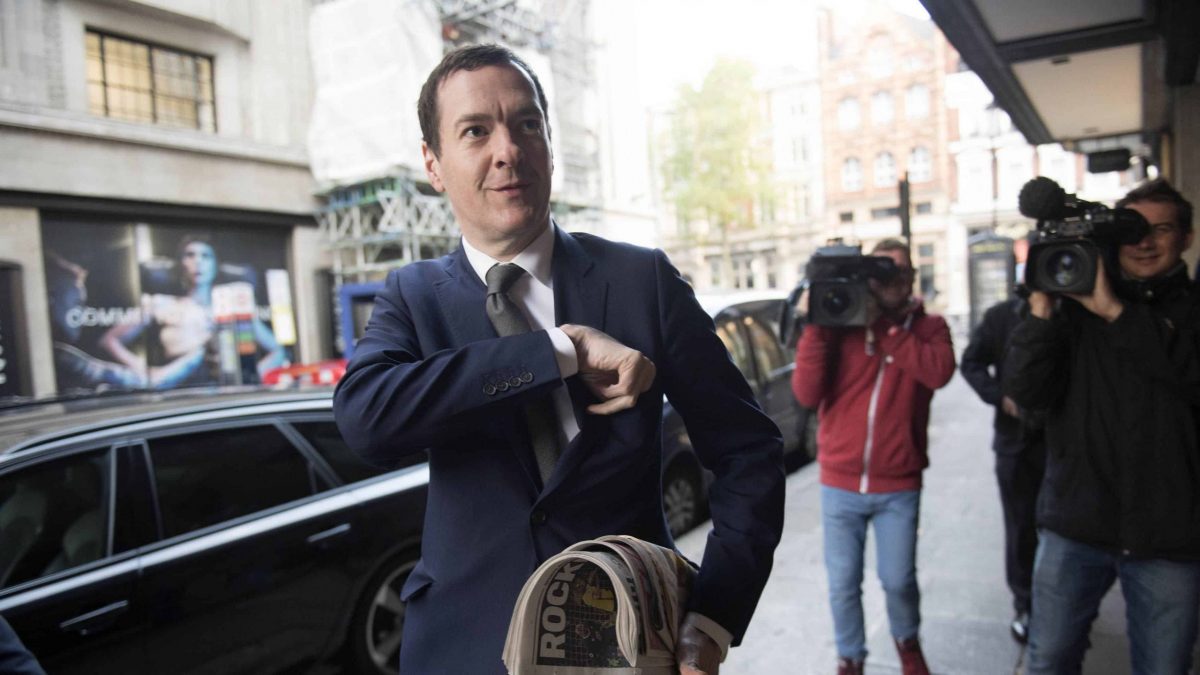 Former chancellor George Osborne is considering abandoning the Conservatives for the Liberal Democrats in the next election.

The Evening Standard editor said he is weighing up his options in a column for the Spectator.

Sam Gyimah, the Lib Dem candidate for Kensington, has caught his eye.

The pro-Remain MP was one of the Conservative politicians who had the whip removed after rebelling against the government to block a no-deal Brexit.

He subsequently quit the party.

Between 2014 and 2018, after serving as Parliamentary Private Secretary to David Cameron and as a government whip, Gyimah was promoted to Parliamentary Under-Secretary of State.

“I like Sam. He’s bright and sensible. So do I vote for him, or for the party that – however wayward it’s become – gave me incredible opportunities for 20 years? We’ll see, but old habits die hard.”

Labour made a surprise gain in Kensington in 2017, narrowly ousting the Tories, who had held it effectively since its creation.

Jeremy Corbyn’s party is hoping to hold the seat again this year, but a constituency poll conducted by Deltapoll suggests the Tories would regain it if enough voters switch to the Lib Dems.

Osborne backed the Lib Dems in the EU elections.

At the time he slammed Theresa May’s fourth attempt to pass her deal as “desperate” and offering “nothing to anyone”.