If you’re a lover of cocktails and seafood, Cha Cha Mayfair should be high on your list.

by Kirsty McCormack
in Bars, Food and Drink 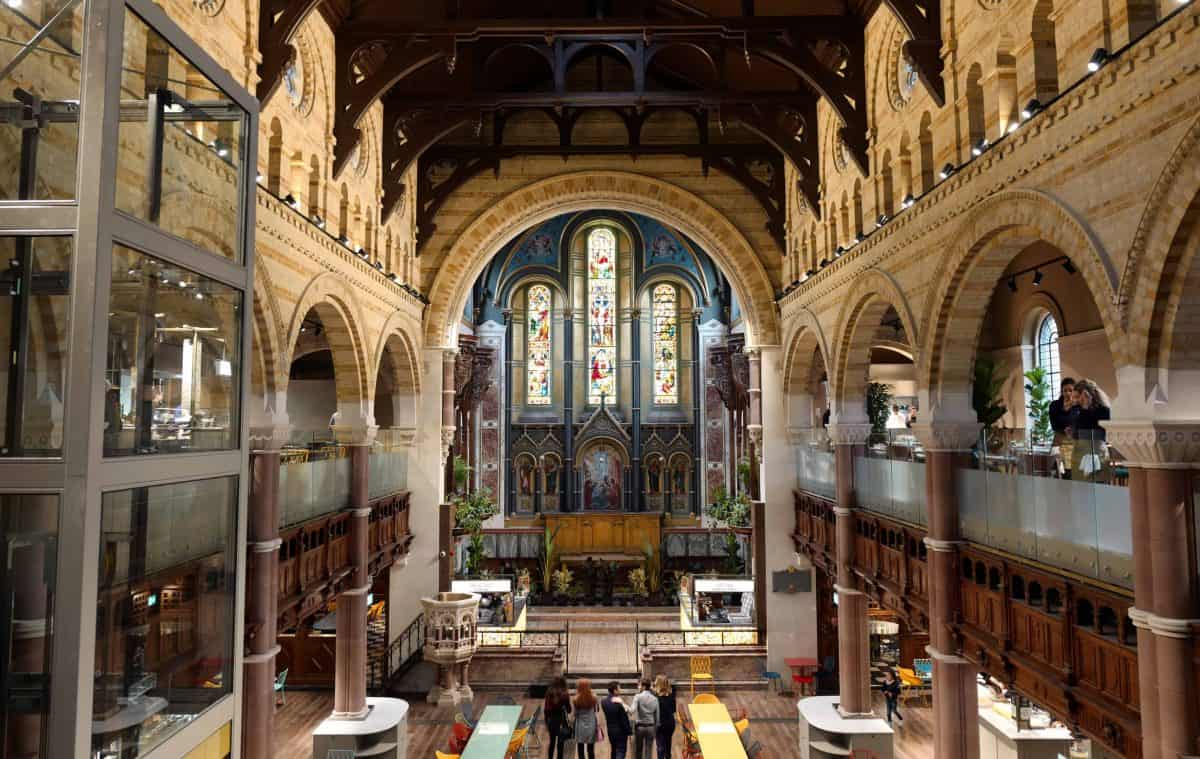 Hanging out in a church and drinking gin and tonic while eating octopus might not sound like your typical night out. Cha Cha Mayfair not only serves the best gin cocktail I’ve ever tasted, but also delivers excellent seafood in a grade-I listed Parish Church in the heart of Mayfair.

Part of Mercato Metropolitano’s second site, Mercato Mayfair, Cha Cha is situated on the second floor Gallery area of St Mark’s and is the perfect place for after work drinks and a bite to eat. If you’re yet to visit Mercato Metropolitano in South London, it’s a massive cultural hub and sustainable community market where guests can try dishes from around the world, including Italian, Asian and Turkish food. Cha Cha fits right in.

A smaller version of Boca Cha Cha is situated in Little Venice, the bar was launched by The Initiative, which is made up of entrepreneurs Youri Michel, Romain Dreyfus, Thibault Bouquet and Romain Ribera and backed by SRG Holding Limited. Their aim was to disrupt the British Food and Beverage industry, and it seems they’re doing just that with Cha Cha Mayfair.

Overlooking the entire market hall, Cha Cha’s bar is surrounded by beautiful stained glass windows and also has an open kitchen so you can watch the chefs as they rustle up seafood feasts. The menu makes for a perfect sharing platter with friends, and dishes include tasty tempura shrimp with sriracha mayonnaise (£7.50) and grilled octopus and potatoes (£12.50). However, no visit to Cha Cha would be complete without trying their lobster roll (£12.50) but you might want to order two.

And to wash it all down, why not try some of Cha Cha’s delicious cocktails? At the top of my list is their G&T. I’m not a huge gin fan, but theirs is delightful. Made with Theodore gin and mixed with violette liqueur and lavender bitter, it not only tastes wonderful, but it makes for a great Instagram shot thanks to its lilac colour and decoration.

Vodka lovers will find it hard not to order seconds when they try the El Dorado: a mixture of New Amsterdam vodka, prosecco, passion fruit puree and pineapple juice. This fruity concoction will have you dreaming of the sun, sea and sand. Another vodka option on the menu is the Cha Cha Chica, which consists of St Germain and raspberry and strawberry puree. Another delight.

Cha Cha also have a great selection of beers, ciders and wines – so whatever your tipple, you’re likely to leave feeling satisfied, whether it’s a date night or a catch up with friends.