Accessible from London in less than an hour, Brighton is – arguably – the South East’s most exciting seaside resort. Alongside boasting a picturesque seafront, pleasure pier and landmarks such as the Pavillion, Brighton was also named the world’s “most hipster city” last year (shockingly chosen over Portland, Oregon). This poll tallied results based on […] 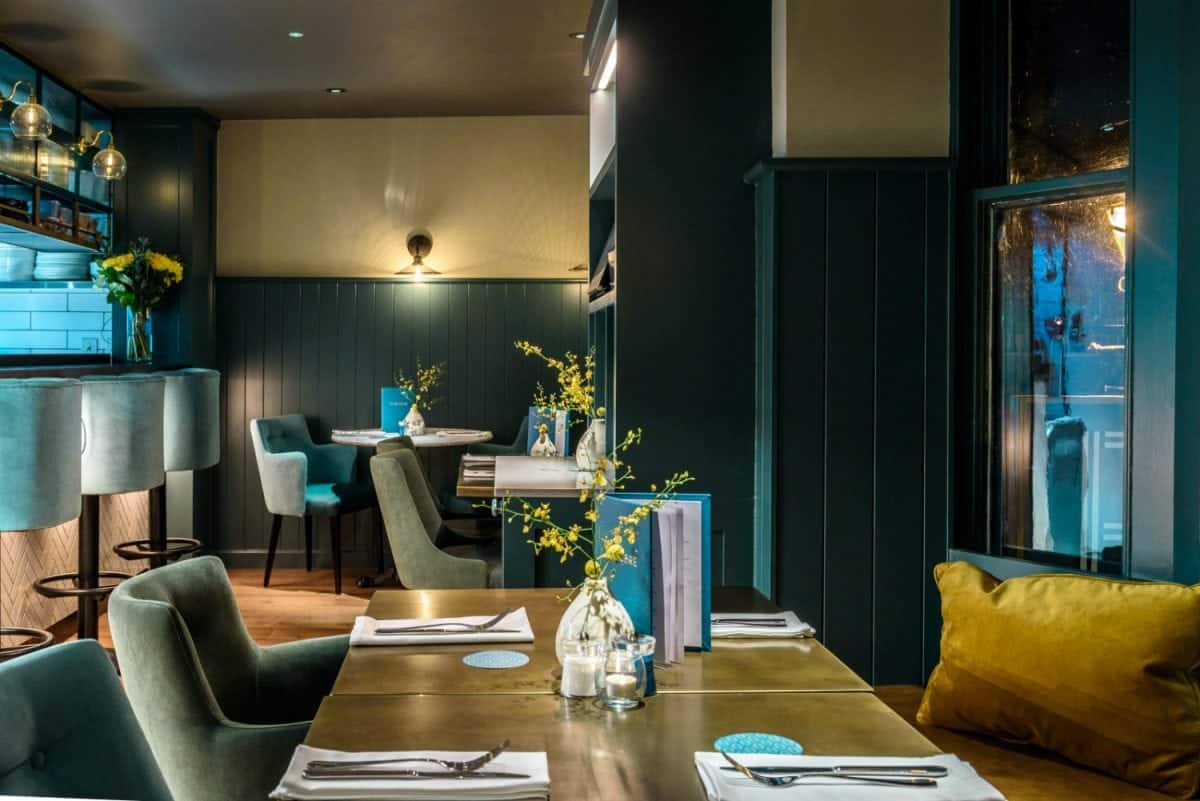 Accessible from London in less than an hour, Brighton is – arguably – the South East’s most exciting seaside resort. Alongside boasting a picturesque seafront, pleasure pier and landmarks such as the Pavillion, Brighton was also named the world’s “most hipster city” last year (shockingly chosen over Portland, Oregon). This poll tallied results based on number of vegan restaurants and cafes, coffee shops, tattoo studios, vintage boutiques and record stores per 100,000 city residents, encompassing 446 cities from across 20 countries.

Moreover, the city’s restaurant scene has become exponentially more sophisticated over the past decade – now a hotbed for brilliant places to eat. From modern fine-dining, to the ‘UK’s first zero-waste restaurant’: these are the best restaurants in Brighton.

Launched by by Amanda Menahem – Food and Drink Editor of Platinum Magazine and Director of People, Places, Food – Pascere occupies an inviting space in the heart of Brighton’s Lanes. From the kitchen, food is unequivocally modern: trendy but down-to-earth. Here, the a la carte menu may include unmistakably fresh cured trout with horseradish cream; guinea fowl with a puree of salt baked celeriac and gremolata; or unctuous braised pig cheeks served with fresh tagliatelle. From the menu’s ‘while you wait…’ heading, Portland crab tart features brackish shellfish ‘custard’ and is so impossibly dainty, it’s almost too good to eat. Almost.

Pascere can be found at 8 Duke Street, Brighton, BN1 1AH.

Following the resounding success of the original, a second La Choza opened last year – taking over a larger, more central premises. The Gloucester Road original, however, remains the most charming. A tiny no-reservations space, the room is festooned with typically kitsch décor (papier-mâché sugar skulls, Frida Kahlo portraits, Lucha Libre masks) as vibrant as the food on offer. Mexican street food is the core focus at La Choza, with the accessibly-priced menu featuring a choice of soft corn tacos, burritos, quesadillas or tostadas embellished with various fillings. The soft homemade chorizo is a must-try, as are the churros, all washed down with a cold Michelada (Mexican lager, salt, lime and hot sauce).

La Choza can be found at 36A Gloucester Road, Brighton, BN1 4AQ. Operating from the Artist Residence hotel, The Set serves a trio of set menus (no a la carte) showcasing a borderline revelatory strand of British fine dining. Each menu is split into four courses, segued with various titbits: like miniature tasting menus, but less tiresome and egocentric than the concept typically suggests. Here, the regularly changing menus may include the likes of Jerusalem artichokes poached and glazed in apple juice, served with tarragon and walnut pesto “ice cream”; or Jerk monkfish with refreshing mango salsa, charred corn kernels and a coin of corn cake. Hogget saddle, on the other hand, is cooked rare and rolled in vivid green herb crumb, accompanied by Pommes Anna which layers paper-thing celeriac and soft boudin noir.

The Set can be found at 33 Regency Square, Brighton, BN1 2GG.

Billed as the UK’s first zero-waste diner, Silo was conceived from a desire to innovate the food industry while demonstrating respect for the environment and for the way our food is generated. Occupying a Victorian warehouse space, Silo is modestly decorated with upcycled furniture (tables constructed using industrial floor tiles, plates made from solidified plastic bags). Elsewhere, food is produced from its whole form – thus cutting out food miles and over-processing. Flour is milled onsite for baking, while the Old Tree collective brews beer in the restaurant’s basement. Having previously worked at St JOHN, chef Douglas McMaster adheres to a nose-to-tail approach at Silo, with a local and sustainable ethos championed throughout his menu. In addition to dinner, the brunch menu features unusual breakfast dishes such as coddled egg with kimchi and black pudding (or Dulse, for vegetarians).

Silo can be found at 39 Upper Gardner Street, Brighton, BN1 4AN.

Chef Michael Bremner’s tiny Brighton restaurant has space for just 20 covers: ten split across tables, ten at the pass. Given the bustling nature of the cosy restaurant, a seat at the counter will be your best bet, where chefs prepare the constantly changing menu’s selection of 16 dishes (four meat, four fish, four vegetable-focussed) all intended to be shared. Each available in various portion sizes, dishes have a renewed focus on vegetables, plus lesser-known cuts of meat. Expect the likes of duck thigh with rhubarb and peanut; turnip with peanut and sunflower seed; or black bream, tagliatelle and wakame.

With a prominent focus on local produce, Isaac At has been impressing locals since opening. A set menu and pre-theatre offering are both served, but the six course tasting menu (£55) is essential. Head chef Isaac Bartlett-Copeland’s menu is modern and features precise cooking – regularly changing to champion seasonal ingredients. This may include dishes such as roasted carrot with star anise and coriander; or crab with cabbage ketchup and apple. The restaurant’s fresh-baked breads are also notable: think caramelised shallot brioche or stout and treacle loaf.

Isaac At can be found at 2 Gloucester Street, Brighton, BN1 4EW.