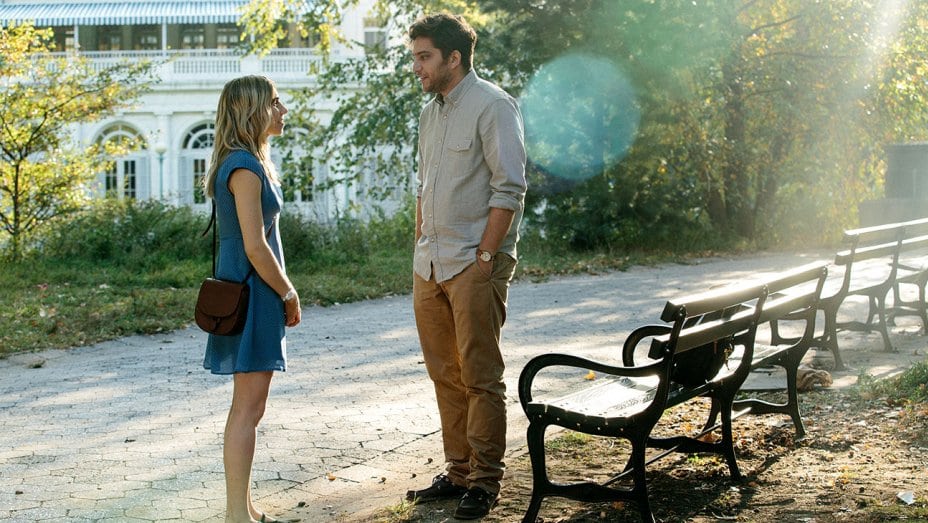 When Diana (Zosia Mamet) moves back to New York after a prolonged stay in London, she moves into her new apartment only to discover her ex-boyfriend lives in the flat below.  With a premise like that, Sophie Brooks’ debut feature, The Boy Downstairs, could quite easily have descended into the forgettable territory of low-budget, high concept rom-coms.  Instead, the director crafts a wonderfully tender and beautifully observed film led by a standout performance from Zosia Mamet.

By no means original, The Boy Downstairs treads familiar territory, teetering between the world of HBO’s Girls and indie-film favourite, Noah Baumbach’s mumblecore flicks.  Diana is an aspiring writer who lands herself a plush New York flat complete with low-key, designer IKEA furniture.  Her ex-boyfriend, Ben (Matthew Shear), wants to be in music and has all the love and support of his quintessential Jewish parents.  They are white bread, middle class, suburban kids with grand designs on the world.

The central conceit, can exes be friends, that is tepidly explored too finds its origins in that most celebrated rom-com of yesteryear, When Harry Met Sally.  And, yet, despite all this, Brooks’ film is captivating, funny and heart-warming. The narrative weaves together the past and present, and the result is a snuggly blanket of wonderful, tender moments that feel true to life.  It is a delight to travel with Diana and Ben as they struggle to find their footing in the new terrain of their friendship.

But, the star of the show is Mamet who brings fresh life to her character, managing to exist perfectly in the awkward in-between so many of us have felt trapped in when finding our feet.  She is beautifully charming in her strength, and her vulnerability, her eagerness to go it alone and her want to have someone with her.  It’s these conflicting emotions and the confidence with which Mamet conveys them that Diana is painted as a character who feels real and relatable.