A new double IPA from the Yorkshire brewery. 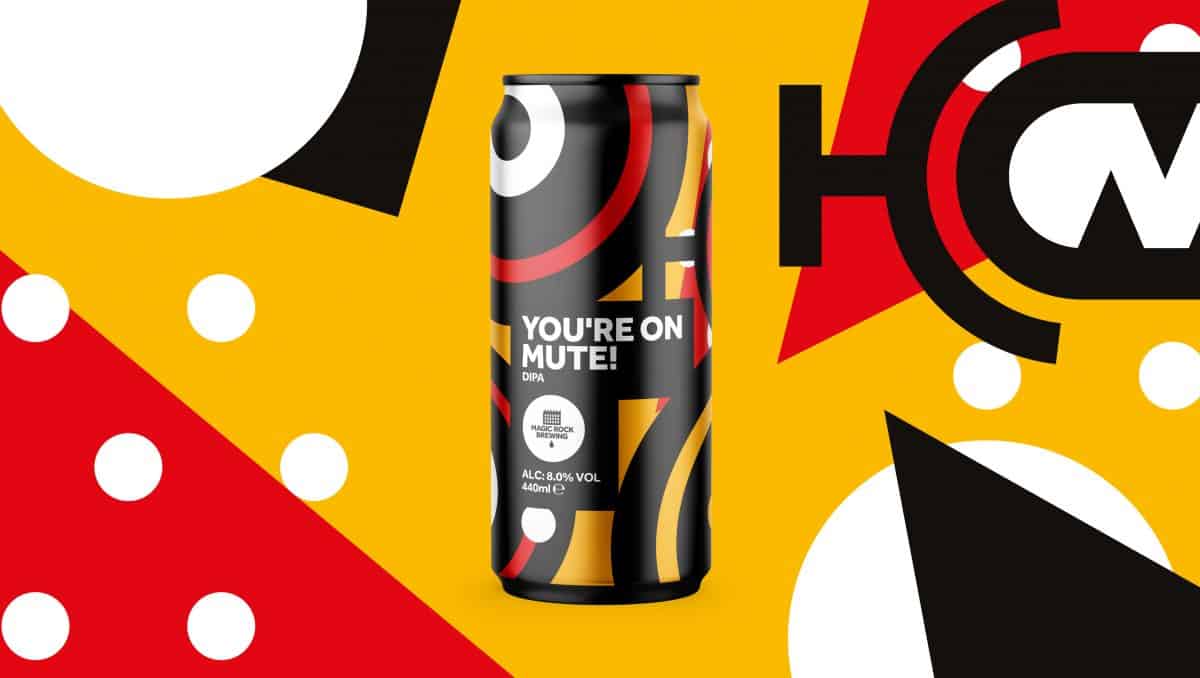 Following their limited-release Murk Life Balance and Murk From Home beers, Yorkshire brewery Magic Rock has launched a new ‘You’re On Mute!” DIPA. “The unofficial beer of video calls”, You’re On Mute! pays homage to the zoom calls of 2020 and 2021, hoping to add some magic to virtual drinks with friends and family.

Heavily inspired by the American craft beer scene, alongside a passion for great beers, Magic Rock Brewing Co. commenced brewing in 2011. Initially operating from an old out-building of founder Richard Burhouse’s family business in West Yorkshire (an importer of crystals and natural gifts – hence the name), the brewery has since become renowned as one of Britain’s finest.

Accommodating increases in demand, Magic Rock eventually moved to a brand new site in 2015, taking over a facility in Birkby, Huddersfield, featuring a 4,000 square-foot taproom and automated canning facility. The move also facilitated an expansion of brewing operations, with the installation of a 50hl brewing system and additional fermenters. According to the brewery’s website, the “intervening years production has tripled and currently stands at around 15,500hl pa (2.7 million pints).” Magic Rock’s beers are now available all over the UK, and exported to more than 25 countries worldwide.

A brand-new hazy DIPA, Magic Rock You’re On Mute! is gluten-free and vegan-friendly (can only). Made using a blend of Cryo Hops™ Simcoe, Cryo™ – Idaho 7, T90 – Galaxy (OZ), and T90 – Talus, the beer is brewed to a weighty eight per cent abv. Pouring dark gold with a decent head, the beer has dank hop notes at the fore, followed by huge juicy savours of mango and citrus, with some resinous pine and sweetness making an appearance before the refreshingly bitter finish. A juicy, well-rounded DIPA.

440ml cans of Magic Rock You’re On Mute! DIPA are now available from the brewery’s website, and at Magic Rock Taprooms, with free next day delivery offered for Huddersfield postcodes (Tuesday-Saturday).