Muhammad Abdul Basir, 24, was formally acquitted during a hearing at the Old Bailey. 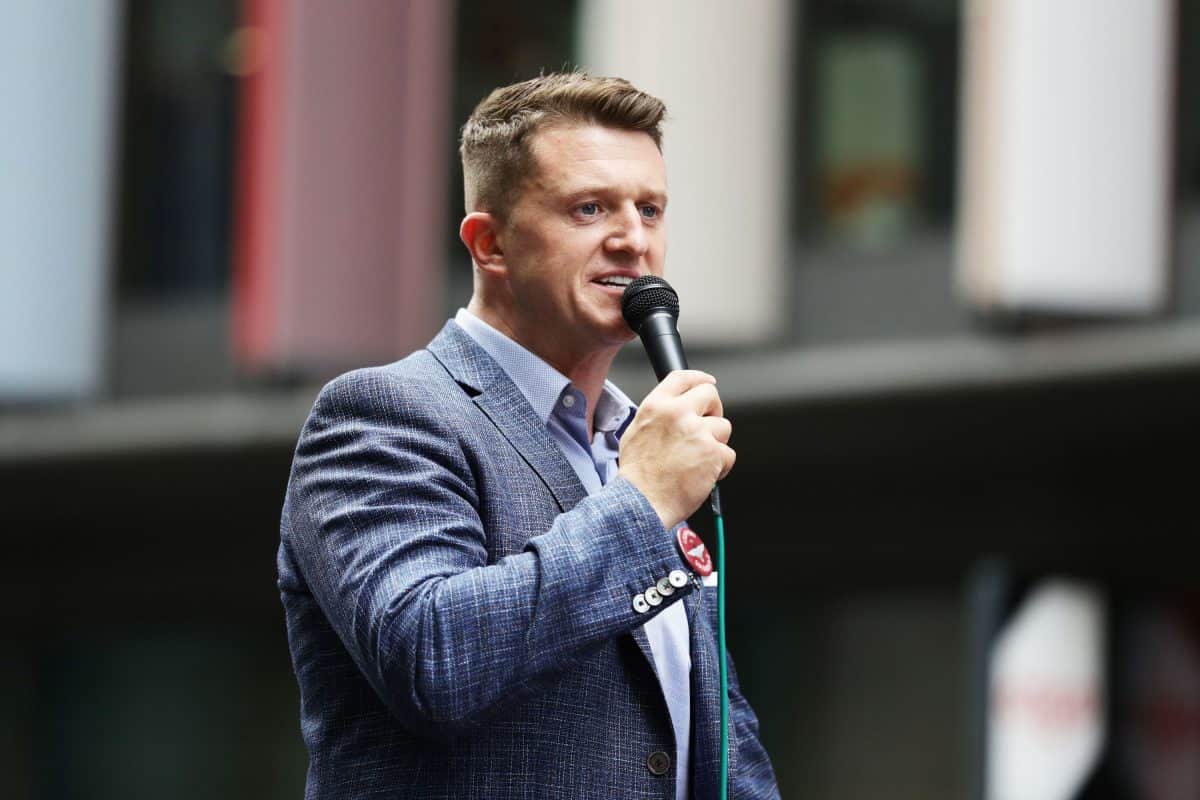 A vulnerable man has been cleared of harassing Tommy Robinson after it emerged the former English Defence League leader lied to police.

Muhammad Abdul Basir, 24, had faced an Old Bailey trial next month on two charges relating to videos he uploaded to YouTube in September 2019.

In the homemade clips, unemployed Mr Basir appeared rambling and near-catatonic as he referred to wanting to “cut your neck off”, the court heard.

Pointing to his biceps, the defendant said: “I’m a contract killer. I have got guns. How much will you offer me to kill Tommy Robinson?”

Mr Basir had denied harassing the far-right activist, whose real name is Stephen Yaxley-Lennon, and that the videos led to a fear of violence.

During a hearing at the Old Bailey on Wednesday, the Crown offered no evidence and Mr Basir, of Phipps Bridge Road, Mitcham, south London, was formally acquitted.

Prosecutor Peter Clement said there was no dispute he had uploaded the videos to YouTube in September 2019.

They followed a video 20 months before which led to a confrontation with Mr Yaxley-Lennon outside Mr Basir’s house.

But the case, reviewed at a high level, had been undermined by inaccurate information Mr Yaxley-Lennon gave to police.

Mr Clement said: “An essential element to both counts on the indictment is that the defendant’s actions in uploading as he did self-made videos to YouTube caused the complainant to fear on at least two occasions that violence would be used against him.”

New evidence led to the conclusion that no reasonable jury properly instructed could be sure there was such a fear, he said.

Mr Yaxley-Lennon had initially told police that his fears prompted him to take his children out of school for 48 hours, yet inquiries revealed that was not true, the court heard.

When quizzed about his first statement being “not entirely accurate” he did not expand on why he had said it, Mr Clement said.

The prosecutor went on: “He explained that the videos that the defendant had uploaded came at a time when he, the complainant, received numerous warnings from the authorities as to threats to life and/or threats of serious violence to himself.

“The police understandably and rightly inquired as to that and again that was found not to be accurate in that there had been no such warnings over the relevant period.”

Mr Yaxley-Lennon had referred to the incident 20 months before when Mr Basir had uploaded another “threatening and abusive” video to YouTube.

Mr Clement said: “In January 2018, the complainant managed to obtain the defendant’s home address and said he had paid a reward to someone to find it.

“He, the complainant, travelled to London to confront the defendant.

“He said just that in his witness statement and that the confrontation was such that enforced his, the complainant’s, fears.”

But Mr Yaxley-Lennon failed to tell police about a video made of the meeting with Mr Basir in 2018 which ended in a “friendly arm wrestle”.

The prosecutor said the “quasi documentary” produced in a makeshift studio and uploaded on YouTube featured footage of him confronting Mr Basir outside his home.

Mr Clement said: “The contents of the video could be said to be at odds with what the complainant described.

“In the video, the complainant is seen to pat the defendant on the back and say ‘I know you are no threat to me or my family’ and to which the defendant replied ‘I will protect you’.

“The two patted each other on the back and the confrontation ended in a friendly arm wrestle on the bonnet of the car.”

The court heard Mr Basir was arrested in 2018 but no charges were brought as he was suffering from mental health issues and was sectioned.

Within hours of the defendant’s fresh videos being uploaded on YouTube, Mr Yaxley-Lennon and others drove to Mr Basir’s home and knocked on the door, but he was not in.

Police contacted the defendant who was “scooped up”, the court heard.

Samantha Wright, defending, opposed an application by the prosecution for a restraining order.

Ms Wright said: “It is clear he has not caused distress at all.”

She said Mr Yaxley-Lennon used his confrontation with Mr Basir as an “an opportunity” for funding and publicity.

She argued also that Mr Yaxley-Lennon had “lied” in his evidence and “cannot be trusted”.

“He says he took his children out of school. He did not. He said he received warning from the police where someone made threats to his life. He had not,” she said.

“He also lied about how he fared in the confrontation in 2018.”

She said Mr Basir was a vulnerable young man of good character, while Mr Yaxley-Lennon had convictions for violence and contempt of court.

He had also pleaded not guilty to a charge of putting in fear of violence, which stated that he posted threatening videos and that he “knew or ought to have known” that it would cause Mr Robinson fear of violence.

Mrs Justice Whipple formally cleared the defendant saying that evidence post-charge showed that Mr Yaxley-Lennon “lied” to police and that he had “not been put in fear at an earlier event in January 2018”.

She refused to impose a restraining order saying whether Mr Yaxley-Lennon was harassed was a “matter strongly in contention”.

Mr Yaxley-Lennon, 38, from Luton, co-founded the far-right English Defence League in 2009 and has been active in far-right politics for many years.

Related: Tommy Robinson trends as study reveals most child sexual abuse gangs are made up of white men