A new lager from the prolific north London brewery. 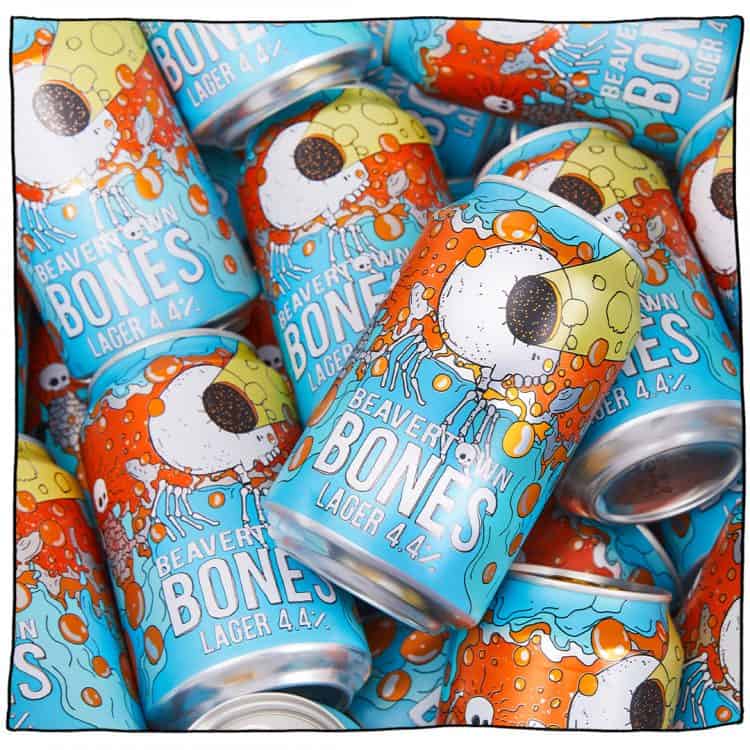 2021 has been a busy year for north London’s Beavertown Brewery. In addition to having released a vast collection of new beers, the brewery is also preparing to open its first pub, Corner Pin, opposite The Tottenham Hotspur Stadium. Moreover, Bones Lager has just launched as a new addition to their core range.

A take on the biggest beer style in the world, touted as the ‘bones of British drinking culture’, Beavertown Bones Lager is the product of years spent honing beers for the brewery’s core range. Billed as ‘Dead refreshing. Dead Crisp. Dead Good’, the beer is a simple lager brewed to 4.4 percent ABV, now available on draught and in cans. A specific set of glasses and merchandise have also been designed by Creative Director Nick Dwyer to accompany the launch, so you won’t have to keep stealing Beavertown glasses from the pub.

On the inspiration behind the design, Nick Dwyer said: “The bones skeleton character is, just like lager as a style, an omnipresent being, intended to represent the beginning of the Beavertown visual journey. There are subtle nods to other designs littered through the can to indicate Bones had some part in bringing them into the universe like some sort of deity or creator. The story will continue to evolve and tangle its timeline with our other main characters.”

Logan Plant, Beavertown Brewery founder added: “When done right. Lager is the nectar of the Gods. I wanted Bones to complement our much loved Neck Oil and to give the lager drinkers out there an opportunity to engage with the excellence of Beavertown in an accessible way. Bones is going to be a refreshing introduction to the existing category of lager. We’ve been working on our first lager for 5 years and we can’t wait for the public to take their first sip.”

Brewed with Akoya and Saphir hops Beavertown Bones Lager is a particularly malty beer with refreshing citrus notes and light bitterness that lingers on the clean, refreshing finish. A dead good, no nonsense lager.

Beavertown’s Bones is available across the UK in pubs including Youngs, Frontier, Star Pubs & Bars and Market Taverns as well as via the Beavertown webshop, £2, 330ml.