Ann Widdecombe and Martin Daubney are reportedly being lined up as new presenters. 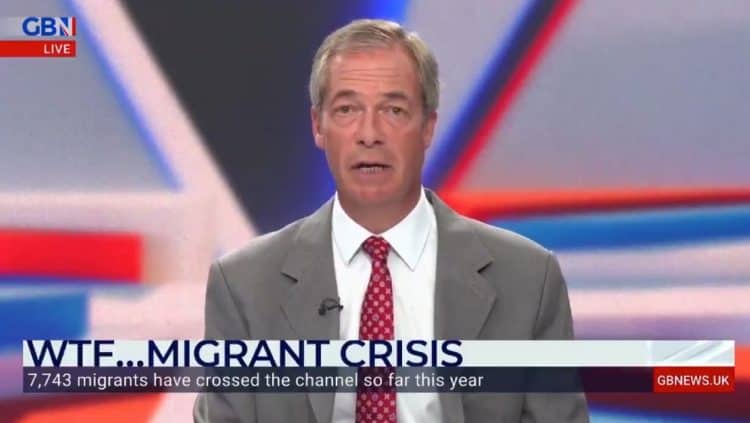 Neil finally confirmed he was resigning as chairman and lead presenter of the broadcaster on Monday – just three months after it launched, and having presented only eight of the 52 episodes of his flagship show.

In his stead, GB News appears to be increasingly following in Farage’s footsteps. According to the Guardian, station chiefs are in discussion with Gawain Towler, the ex-Brexit party head of press and a longtime Farage aide, about joining.

Other potential new presenters include former Brexit party MEPs Ann Widdecombe and Martin Daubney, as GB News seeks to rebuild as a full-blooded culture war outlet in the style of Fox News.

Widdecombe and Daubney would join fellow Brexit party alumni Michelle Dewberry and Alex Phillips at the station – as well as Farage himself.

GB News producers are reportedly keen to reduce the airtime given to leftwing guests, who had been put on air to offer balance and appease Ofcom broadcasting rules – but appear to offend viewers.

Anti-vax content is increasingly prevalent on the channel. Last month, presenter Calvin Robinson suggested using anti-parasite drug ivermectin to battle Covid – despite health warnings that it is ineffective and damaging.

The Guardian reported that Neil’s departure stemmed in part from his desire to present shows from the south of France, where he has a home, as well as a breakdown in his relationship with higher-ups.

The channel’s viewership has declined every month since launch, and is regularly dwarfed by BBC News and Sky News. Monday morning’s audience hit a low of just 7,000 viewers during an episode of To The Point with Mercy Muroki and Patrick Christys.

Farage, however, is almost single-handedly carrying the show’s ratings. The ex-Ukip leader attracted 80,000 viewers to his latest show, which featured lengthy coverage of migrants crossing the English Channel.

The chaos at the station was highlighted on Monday, when it emerged that reporter Tom Harwood – formerly of Guido Fawkes – had been given his own 30-minute show from 9am on weekdays.

He was inadvertently captioned as “Tom Hardwood” – and by Tuesday his show had been reduced in length, because channel bosses reportedly viewed him as “too woke”.

Elsewhere, presenter Alastair Stewart this week replied to criticism of GB News by biracial BBC presenter James Wong by saying he was “Wong again”, to which Wong replied: “It’s curious how often my colleagues in the media appear to have more of an issue with my surname than the content of my tweets.”

Related: Johnson jokes that UK is ‘the Saudi Arabia of penal policy’