By Jonathan Hatchman, Food Editor, @TLE_Food Initially inspired by Cobra – a beer originally founded by Baron Bilimoria of Chelsea, especially crafted to be paired with food, working particularly well with Indian dishes – KAGUA is the brainchild of young entrepreneur Shiro Yamada. Specifically crafted to complement Japanese food, specifically designed to fit in with […] 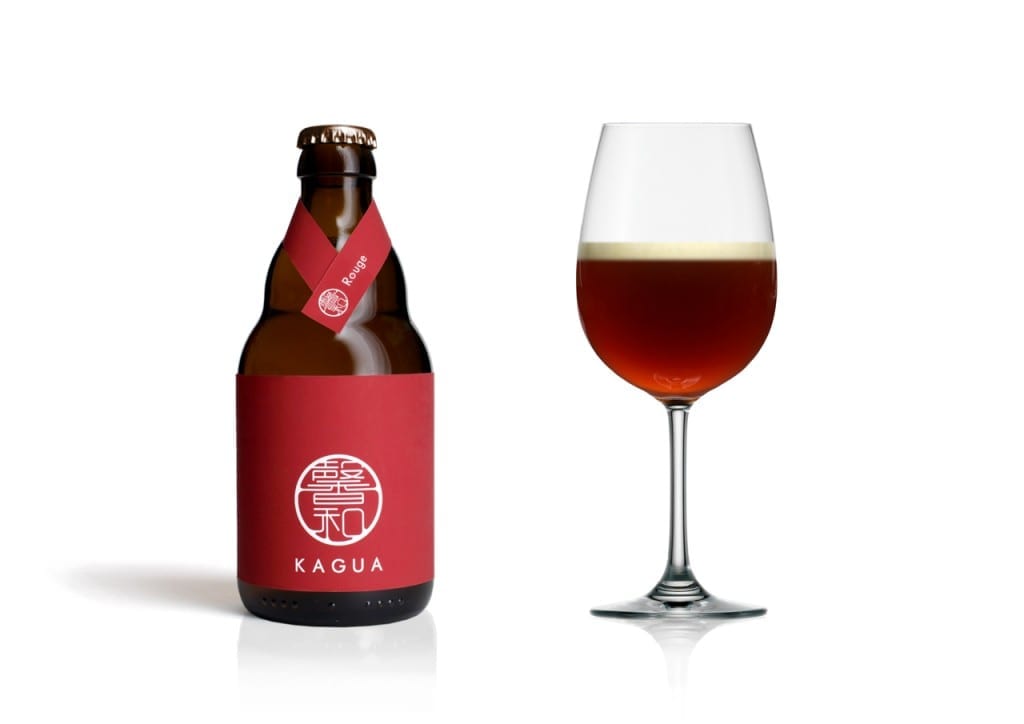 Both recipes are designed in Japan, using the likes of locally sourced yuzu (a citrus fruit widely used in Japanese cooking) and sansho pepper, though both are brewed in Belgium while the search for a fitting Japanese brewery continues. The former is a Belgian-style ale with potent aromas of yuzu, while the latter – also a Belgian-style ale – is rich and full bodied with prominent notes of spicy sansho pepper. When poured into a wine glass, as is recommended, the Rouge beer has a dark copper/mahogany complexion, with visible sediment and a creamy tan head. On the nose, a mix of both barley and wheat malt lend a sweet aroma with notes of caramel and raisins joining a complex spice profile which carries on into the taste, adjoined by the malty sweetness. Elsewhere subtle notes of lavender add a slightly soapy taste, adjoined by dark fruit, ginger, and a refreshing spiciness that leads to a slightly astringent finish, unsurprisingly ideal for matching harmoniously with Asian umami flavours.