Produced in Brazil, Abelha is one of the world's only organic certified Cachaças. 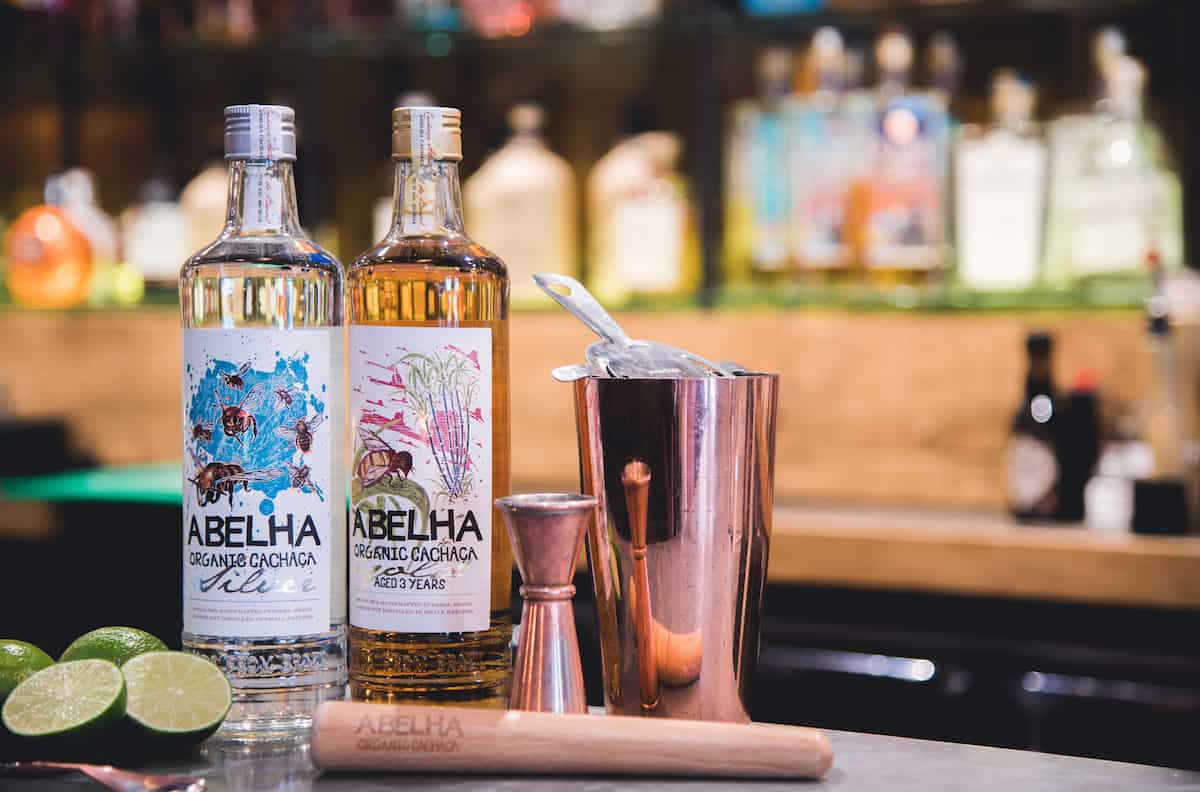 Brazil’s most common distilled alcoholic beverage, Cachaça (pronounced ka-shah-sah) is produced with fermented sugarcane juice. While the spirit is the third most consumed in the world, Cachaça is still best known as the base spirit for a caipirinha cocktail in the UK.

Following an early 2000s trip to Brazil, a team of organic spirits enthusiasts eventually launched Abelha Organic Cachaça, working with Marcos Vaccaro, an organic sugar cane farmer. Intended to be produced as a sipping spirit, Abelha Organic Cachaça was created from a simple idea: to use the best possible all-natural ingredients and the most traditional artisan methods of production at source.

One of the world’s only organic certified Cachaças, The Responsible Trading Company (RTC), who produce Abelha Cachaça, have developed fair partnerships with small holding farmers. They share with them their values and organic teaching methods to enable farmers to grow sugar cane 100 per cent organically on the highland sandy soils in the protected national park of Chapada Diamantina in Bahia, Northern Brazil. The farm workers who make Abelha are paid a good wage and are guaranteed a fair price for their cane. From cane field to pot still, the entire production is coordinated by Marcos Vaccaro.

Cachaça must – by law – be produced in Brazil and contain alcohol by volume of 38 to 48 per cent, with over 800 million litres yielded annually – most of which comes from small-batch producers. Known as ‘Brazilian rum’ in the USA, until relatively recently, Cachaça is produced with fermented sugar cane rather than dark, sticky molasses. In the production of Abelha, the cane is processed within 24 hours of being cut to ensure freshness, then fermented using yeast found growing naturally on green sugar cane.

With two Abelha expressions available in the UK – Abelha Silver Cachaça and Abelha Gold Cachaça – both are distilled in small batches, in a traditional copper pot still. From the distillation process, only the heart of the distillate is kept, thus ensuring the highest quality possible. The Silver expression features the resulting spirit that’s rested in steel tanks for six months, while the Gold is aged for three years in small garapeira wooden barrels. Using Brazilian ash wood to age the spirit instead of oak, the Cachaça is given a different, noticeably mellow tone, ultimately resulting in a full-flavoured, well-balanced product. Once rested or aged, both are slightly diluted with water which runs underneath the sugarcane farm, naturally filtered through diamonds. Finally, the Cachaças are bottled with a bee-emblazoned label representative of the social enterprise nature of the Abelha farm. (Abelha is also the Brazilian word for ‘bee’).

Neat, Abelha Gold Cachaça is golden and has prominent aromas of grass, honey, slight spice and some pronounced earthy vegetal notes. When sipped, the spirit is profound until the complex flavours begin to open up after around five minutes of gentle oxidising. Alongside the attractive vegetal notes, the spirit’s silkiness is the most instantly noticeable trait, with sweet savours of honey, vanilla, banana and stewed apple complementing the grassy notes typical of fresh sugar cane. Elsewhere, some pepper eventually develops on the palate alongside a buttery note imparted from the wood, complete with a long, smooth finish.

An exceptional sipping Cachaca also well-suited to cocktails. Try it as an alternative base in a classic old fashioned or in a ‘Nova Abelha’ – the brand’s signature serve.

Abelha Gold Cachaca is available from UK stockists including Ocado, The Drinks Shop, Master of Malt, 31 Dover and The Whisky Exchange. Further information on Abelha Organic Cachaca can be found here.

Stir all thoroughly with ice. Strain into an ice-filled old-fashioned glass and garnish with a lemon zest twist.