Barcelona have triggered a 120 million buyout clause to land the France forward. 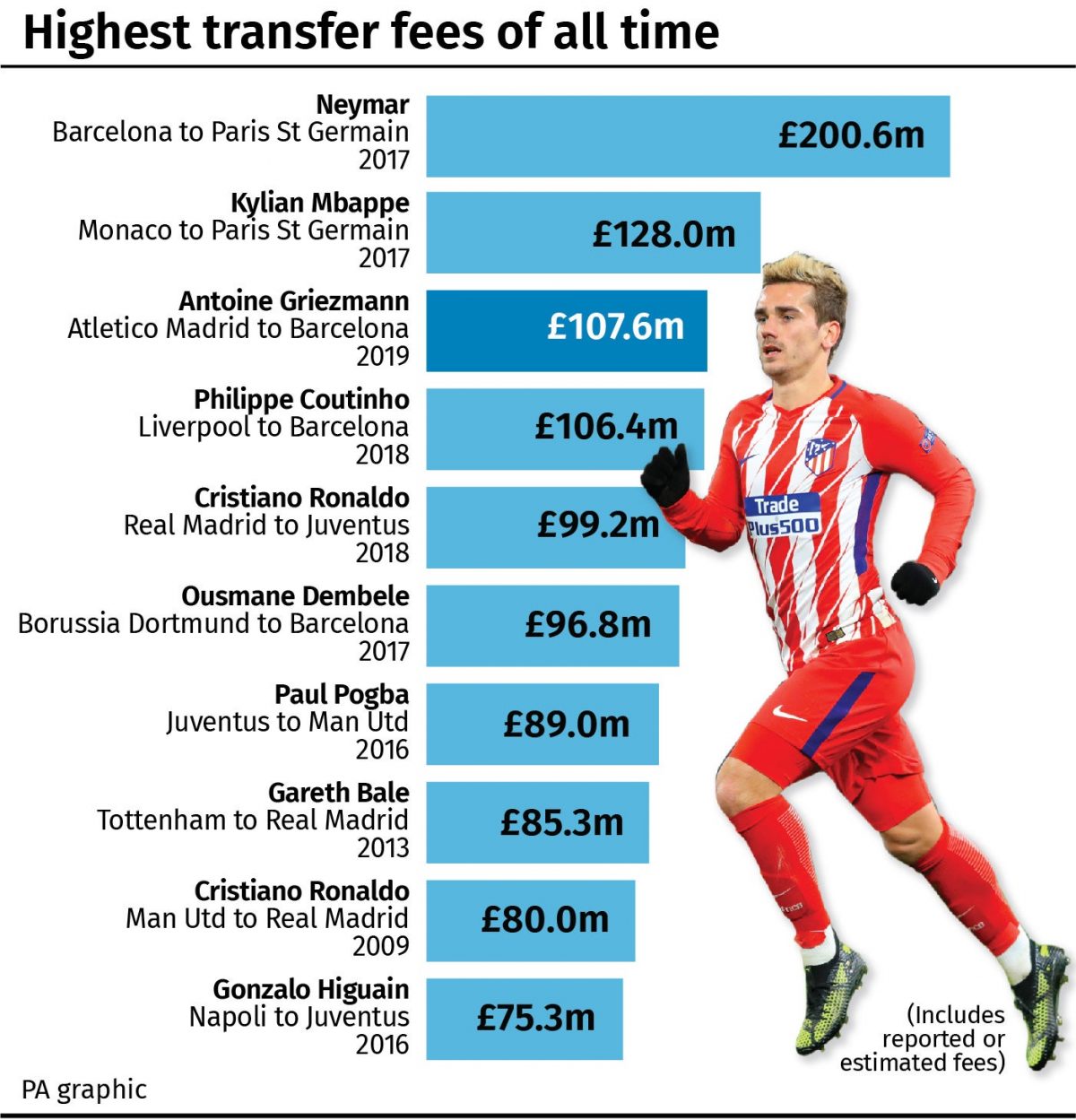 “With his arrival at FC Barcelona, the Frenchman takes another step forward in his career with the goal of consolidating his place as one of the best players in the world,” the Spanish league champions said in a statement.

Griezmann had announced in May he would be leaving Atletico Madrid after spending five seasons in the Spanish capital.

Barcelona have long been linked with a move for the 2018 World Cup winner.

Griezmann moved to Atleti from Real Sociedad in 2014 and helped the club win the Europa League in 2018, scoring twice in the final against Marseille.

He joined Sociedad at the age of 14 and made his debut for the San Sebastian side aged 18.

As well as his World Cup success with France, he is also a Champions League and European Championship runner-up after Atletico and France fell at the final hurdle in those respective competitions in 2016.

Atleti later released a statement in which they said the sum received for Griezmann was “insufficient”, arguing that the deal had effectively been done before the player’s buyout clause dropped from 200m euros to 120m on July 1.

The Madrid club added they had “started procedures” to ensure they receive the amount they feel is owed to them.