Here, The London Economic talks to the author and entrepreneur Cometan, 19, whose fearless spirit led to the creation of a series of novels, a limited company, and 1.4million Twitter followers…before leaving high school.

by Jess Young
in Interviews, Lifestyle 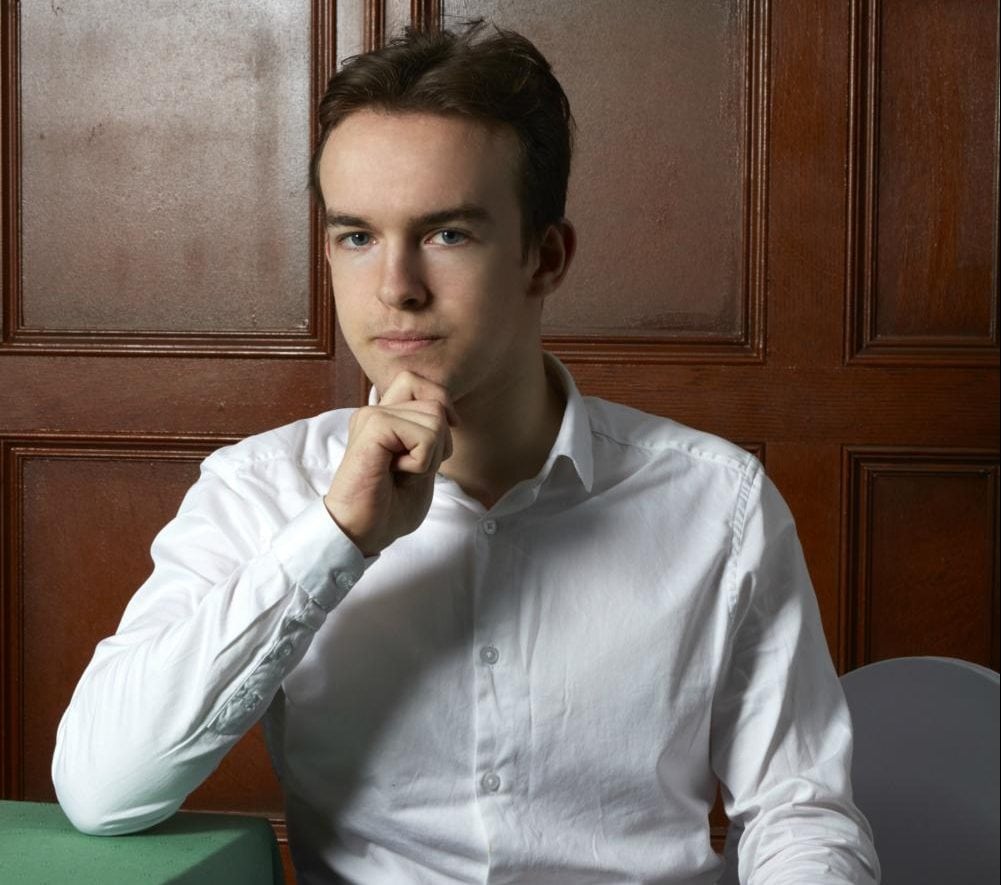 Wisdom and experience may come with age but thinking like a teen has its own benefit – dreaming BIG. Here, The London Economic talks to young author and successful entrepreneur Cometan, 19, whose fearless spirit led to a series of novels, a limited company, and 1.4M Twitter followers…before leaving high school!

You wrote Jesse Millette and The Phantom’s Curse when you were just 18 – by any standards, a significant feat. What prompted you to embark on your literary journey and how have your peers reacted to the book’s publication?

It stemmed from not having a distinct hobby in my childhood. My parents took me to various clubs and societies – from karate to drama school – but none of them captured my attention like creative writing. The reaction I’ve received from family, friends and university peers [Cometan is studying business and marketing at the University of Central Lancaster – LE] – about my book but also my philosophy – has been extraordinary. I also enjoy a thriving social media presence.

What did your family think of your writing ambitions? Were they supportive?

Whilst my family were and remain supportive, I couldn’t rely on them for advice because they work in different fields. This made me more independent and self-reliant in the face of the various hurdles that are inevitable in the career of a young writer.

Your novel is, in many ways, an unashamedly traditional adventure. What appeals to you about classic works of fiction compared to today’s fayre? What has the response been from readers?

I love the immersion of diving into a detailed novel; getting to know, to understand and to love (and possibly hate) the characters is really important to me. This is definitely the feel I experienced when I enjoyed reading the Nancy Drew and The Hardy Boys books when growing up. I’ve written The Original Jesse Millette Series in a similar way – it’s an unashamedly old-fashioned mystery novel. They’re also written in the third person, which I believe is important.

I love reading about the lives of other writers. Biographies about Arthur Conan Doyle, Enid Blyton, and even the Brontë sisters particularly catch my interest. For me, their lives fascinate and resonate more than their books. I look to them for inspiration as I continue along my own literary journey. It’s always comforting to learn about the struggles of other writers because I relate it directly back to myself and my own struggles.

You have conceived Jesse Millette and The Phantom’s Curse as a multi-media experience, with accompanying music and even philosophy. What inspired this way of thinking about your brand and what is your vision for the Jesse Millette ‘universe’.

As I learned more about the world, I related that back to the context of Jesse Millette and this, over the past five years, has pervaded almost every subject, including music, philosophy, art, and business. Onto these subjects, I have placed a Jesse Millette stance or stamp which has also led to the development of a distinct set of new terms, one of the most important of which is “Millettarian”, which is used to describe anything relating to Jesse Millette or having a distinct Jesse Millette character to it.

My vision is to see my business, The Jesse Millette Company, grow and thrive. I want its operations to transcend far beyond my own life and to create a set of characters, The Five Millettarian Characters, which mean something to people; to create these characters in such a way that establishes them as figures that people of all ages and outlooks can appreciate.

What challenges do young creatives face in finding an audience for their work, and how have you approached overcoming these challenges?

Young creatives certainly face challenges of being heard and paid attention to in the noise that is the world but is only with incessant determination that one is able to break the noise and get the world to listen; this is an issue for public relations.

To overcome these challenges, I’ve focused on creating two brands; one for Jesse Millette and one for myself. I’ve made investments in logo design, website development, and the investment of time in building a strong presence on social media. To be paid attention to is an ongoing task, but one that I am well adversed to having been introduced to the nature of this during my marketing and business degree.

You are still at university, studying marketing and business. What are the key principles you have learned from you studies that you have been able to utilise within your business? Do you think that your degree has given you an advantage in building your own publishing company, and would you recommend other young authors to follow the same path rather than, say, a degree in creative writing?

Doing a business and marketing degree and certainly provided me with advantage as it has taught me how to develop a brand and a business which are things that must be taught, and later mastered through experience. However, writing itself is something, I believe, that is innate to oneself; if you have the talent to write, you will write. Writing, of course, can be taught, but I see the greater teacher in writing as oneself, and the experience and knowledge that comes through life. My view of writing education is, therefore, very autodidactic in its outlook. For this reason, I would recommend a degree that you will you will gain useable out of, whether that be knowledge, contacts, or something else (not all benefits of a degree have to be the qualifications gained). For me, it was a business and marketing degree as I was already aware of my writing style and what type of books I wanted to write so I was focused on the branding and business aspect of Jesse Millette at the time of choosing my degree. 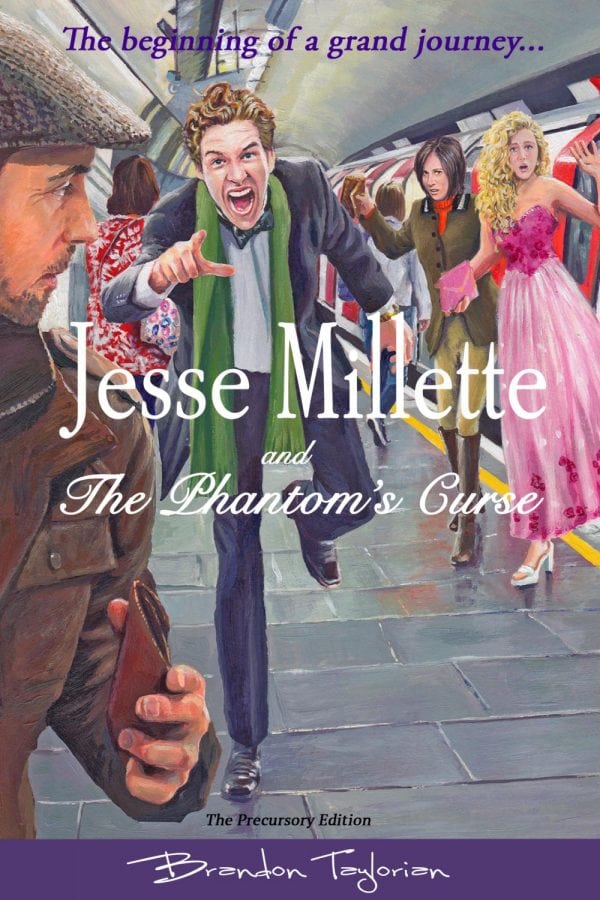 What one piece of advice would you give to other teenagers considering becoming an author?

To not expect your career to take off overnight. To allow for the development of your ideas as you yourself develop. If you are a true writer, you will quickly understand that writing isn’t just a career; it is an inextricable element of who you are and will always be an ability of yours throughout your life. For this reason, don’t rush your literary journey, but instead, enjoy soaking up the world around you. Look at the world in new and deeper ways that you have before and essentially, why not become more philosophical? It will help the way in which you write, but know that once you embark upon philosophical questions, your ability to write will be tested to its greatest extent for there exists no more challenging writing than that which is philosophical writing.

I’ve planned twenty books for The Original Jesse Millette Series so I’ve got a lot of work to do and adding all my philosophical writings and all the other books I wish to complete, I’ll be writing all my life, of that I am certain. I intended to continue on working at Hoghton Tower for the foreseeable future, but my most desired location of residence is London and it is to London that I wish to go to live. I will also be further occupied with establishing The Jesse Millette Company which I expect will take many years to fully form, but if the next five years go as quickly as the last five, then I’ll be approaching my mid-twenties before I know it!

Jesse Millette and The Phantom’s Curse is out now in paperback and as an ebook from Amazon UK. For further information about Cometan’s writing, go to www.brandontaylorian.com