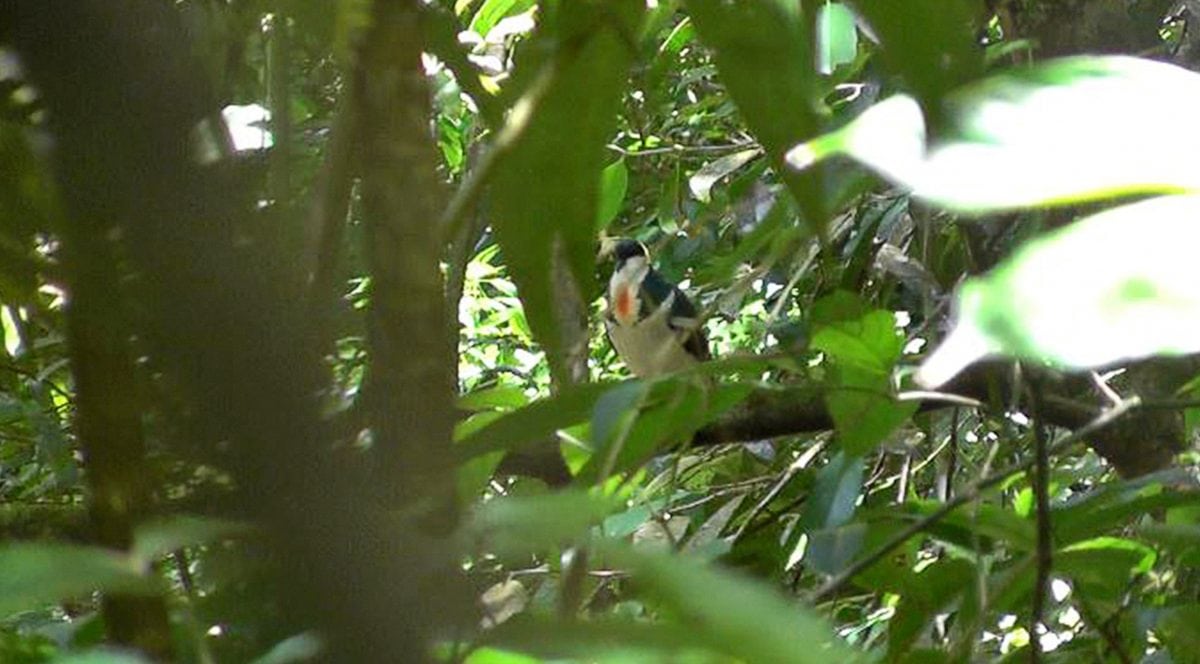 An eye-catching rare bird was spotted deep in the heart of a Philippines forest – it is the first time it has been seen and filmed in years.

The Negros bleeding heart dove is so rare that it has only been filmed a handful of times.

It is extremely shy and hid behind deep foliage on Panay Island while a team of conservationists searched for it.

They trekked constantly for eight hours each day for five days before coming across the endangered dove.

It is feared there are now less than 300 pairs of Negros bleeding heart doves left in the wild, named for the bright, blood-red plumage on their white breasts.

The Zoo’s Philippines conservation project is co-led by Dr Daphne Kerhoas, a lecturer in conservation science at Bristol Zoo.

Dr Kerhoas filmed the bird and described it as a ‘career highlight’.

She said: “Not only are there very few of these birds left in existence, but they are also very shy, meaning they are rarely seen.

“We have spent many years searching for this bird but have never before seen one outside of captivity. To finally have seen and videoed one first-hand is fantastic.” 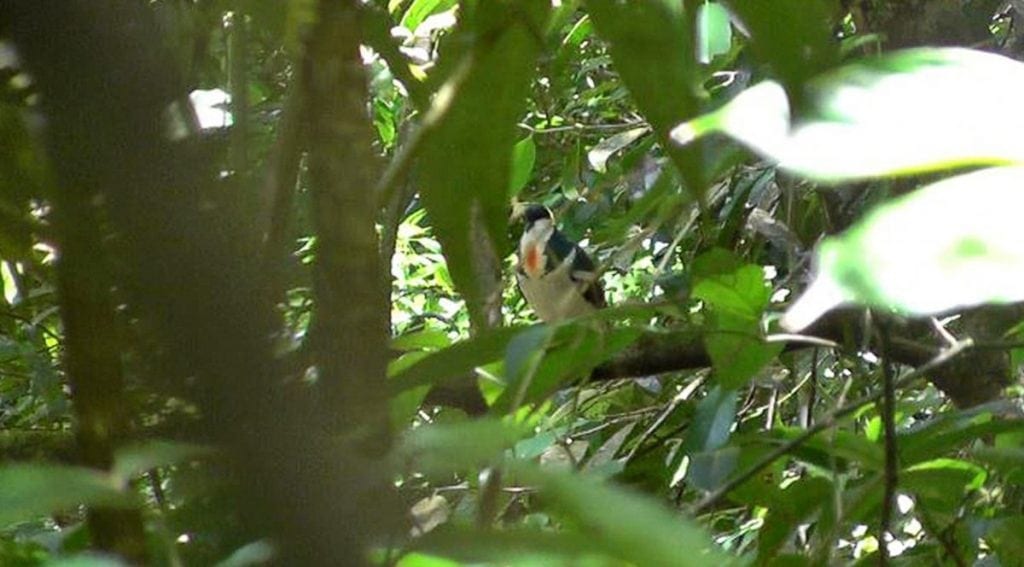 The Bristol Zoological Society is now establishing a new research station in the Northwest Panay Peninsula national park to continue monitoring the species.

Experts will be able to carry out in-depth studies of the birds living in remote and previously inaccessible areas of the forest.

Dr Kerhoas added: “With so little information existing about these birds in the wild, this sighting gives us greater hope than ever before that there is a population worth protecting and that our efforts will be channelled in the right place at the right time.

“We are feeling extremely optimistic for the future of the conservation project of this striking bird.”

Negros bleeding heart doves are classified as a Critically Endangered species on the International Union for Conservation of Nature Red List of Threatened Species.

Bristol Zoological Society has been working in the Philippines since 2000 and has now started an island-wide survey of mammals and birds on the islands of Negros and Panay.

Also, the presence of researchers will also discourage illegal hunting in the area as well as generating additional income for local people.

The Philippines is home to more than 20,000 endemic species of plants and animals.

However, 95 per cent of the country’s forests have already been cut down, mainly to grow crops.