By Jack Peat, TLE Editor  The possibilities that encapsulate the American Dream are oft dramatized but rarely grow old. It is an ideal that has arguably grown more relevant over time. The principles of the free market – boundless prosperity, success and the upward social mobility for the family and children – are as intoxicating […] 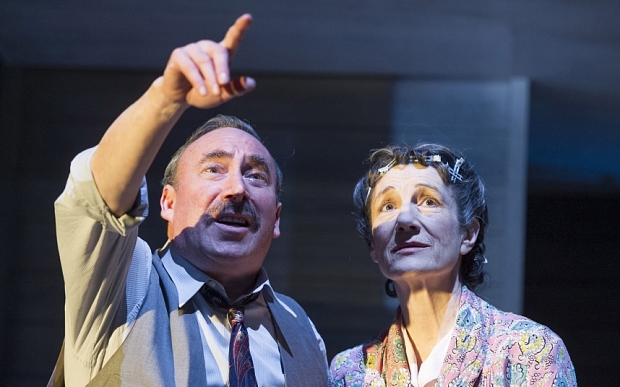 The possibilities that encapsulate the American Dream are oft dramatized but rarely grow old. It is an ideal that has arguably grown more relevant over time. The principles of the free market – boundless prosperity, success and the upward social mobility for the family and children – are as intoxicating as they are perplexing. Rarely does a dream seem so close and yet so far away.

It is almost a dystopian quandary that we’re not quite privy to. So few have so much in our society yet the possibility of joining that elite number is enough to make the rest participate unnerved. For some it manifests in long hours at the office. Others try their hand at entrepreneurialism. We even have a tax on hope. The National Lottery offers odds of a million to one of hitting the jackpot, and as long as one person does, we will all try.

In the Death of a Salesman, Arthur Millar succeeds in feeding that exhaustive hope into a work of art. Barefaced, heart-breaking and honest it follows one man to the brink as he tries to find solace in several tiresome decades of should haves, would haves and could haves.

In the land of the free, Willy Loman knows every man is in charge of his own destiny. It is his birthright to retire with his loving wife, Linda, and watch his two athletic, handsome sons continue his legacy. As retirement beckons and his dreams fade, Willy struggles to reconcile his long-cherished dream with the life he has actually lived.

Antony Sher delivers a blinding performance as Willy. His charismatic despondency highlights Willy’s schizophrenic tendency to be full of life and cheer at one moment and downbeat with despair at the next. His wife Linda (Harriet Walter) has a front row seat to his demise and is left to pick up the pieces as their absent children struggle to grip the reality of their father’s condition.

Happy (Sam Marks) plays peacekeeper and second fiddle to Biff (Alex Hassell) who is the golden child. An uber-successful adolescent Biff becomes burdened by his father’s expectation of him, moving to the West to escape the high rise buildings and dog-eat-dog business environment of New York, a city that embodies the American dream.

Biff’s return to the family home comes at a point when the last fragments of hope start to disappear from his father’s life, the gaps being filled by memories of his past and illusions that he is worth more dead than alive. Flashbacks of his life are imaginatively cast to intertwine with the narrative. As pressures build in his life the recollections become increasingly regretful and filled with sorrow which manifests in a confused and abject inability to find the secret to success.

A victim of the American dream, the Death of a Salesman is a poignant reminder that money doesn’t make the world go round.