"If the world was just made of people like Dave Grohl it would be absolutely perfect," said one Twitter user. 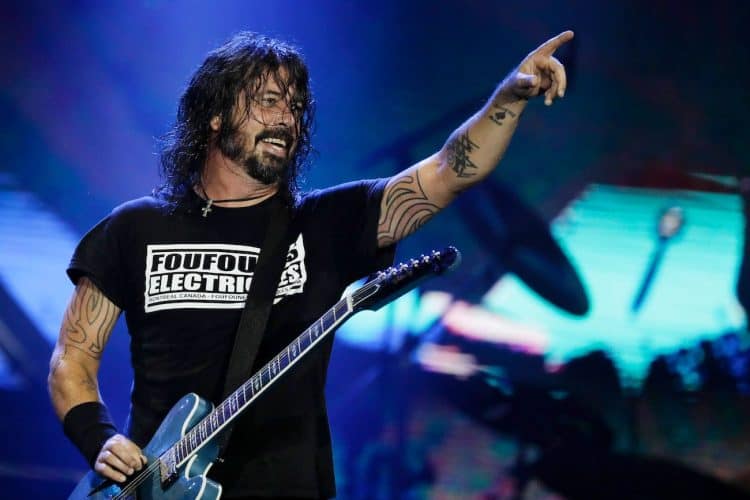 Dave Grohl is widely known as the nicest bloke in rock music and he rarely has a bad word to say about anyone.

However, he did find time, with his band the Foo Fighters, to troll the Westboro Baptist Church, last week.

Members of the church, which is known for demonstrating at soldiers’ funerals and displaying deeply offensive views, were outside of the concert with signs such as “God hates Pride” and “Free will is a Satanic lie.”

The Topeka-based Church, which the Southern Poverty Law Center calls “arguably the most obnoxious and rabid hate group in America” and the Anti-Defamation League says “lashes out at Jews, members of various Christian denominations, Muslims and people of other religions,” are not top of many people’s Xmas card lists.

Grohl wasn’t having this outside his gig though and rolled up with his band to serenade the angry (they are always angry) mob.

“Ladies and gentlemen, I’ve got something to say, because you know what? I love you. I do!

“The way I look at it, is that I love everybody. Isn’t that what you’re supposed to do? Can’t you just love everybody? ‘Cause I think it’s about love!

“That’s what I think. We’re all about love, and you shouldn’t be hating. You know what you should be doing?

“You should be dancing,” Grohl said, smashing into the legendary Bee Gees track of the same name