Stormzy cleaned up at tonight’s Brit awards, winning best male artist and best album for “Gang Signs & Prayer.” But the biggest talking point of the ITV music awards was this blistering performance of a new song that asked: “Theresa May where’s the money for Grenfell, what you thought we just forgot about Grenfell?” Stormzy […] 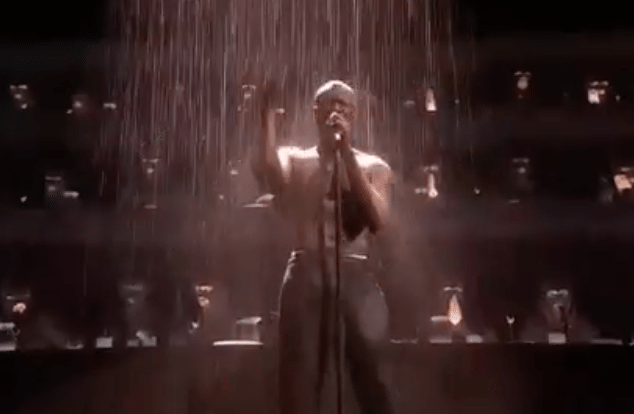 But the biggest talking point of the ITV music awards was this blistering performance of a new song that asked: “Theresa May where’s the money for Grenfell, what you thought we just forgot about Grenfell?”

Stormzy has used performances before to make sure people do not forget about those that died and were left homeless by the tragic blaze. At his show-stopping Glastonbury Festival performance last summer, he insisted that the Tory government should be held “accountable.”

The rapper drew attention to the shameful fact that after the disaster, the Prime Minister promised that all survivors would be found a home in the local area within three weeks. Since the tragedy, in June last year, only around a quarter of the 207 affected families have been found a permanent address.

Communities secretary Sajid Javid has refused to commit funding to retro-fit sprinklers to tower blocks, saying that the government will instead await the outcome of a review of fire safety in housing before deciding whether sprinklers should be required by law and paid for by the Government.

Stormzy also referenced racism and the Daily Mail in his unforgettable performance, hitting out at the right wing tabloid with this rather pointed lyric: