"In a world of Wetherspoons, be a Timpsons." 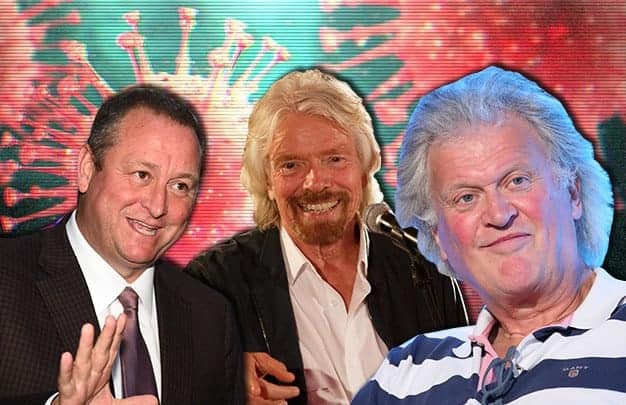 Non-essential retail, gyms and hospitality businesses with outdoor facilities will be opening their doors across Britain on 12th April, with many others following suit from 17th May.

According to new statistics from the Office for National Statistics (ONS) gross domestic product (GDP) plummeted by 19.5 per cent between April and June last year as the UK went into its first national lockdown.

The economy rebounded by 16.9 per cent and 1.3 per cent in the third and fourth quarters of 2020 respectively, resulting in the worst annual economic performance for more than 300 years.

Throughout the lockdown periods firms across the UK seem to have shown their true colours. Up against historic challenges there has been a clear disparity in how some of our most recognised brands have responded.

We take a look at those that got it right (and badly wrong) during the pandemic:

The world of Wetherspoons

Wetherspoons made haste in getting its name featured on a list of businesses people plan to boycott following complaints over its coronavirus response.

The pub chain’s founder, Tim Martin, announced to staff at the start of the first lockdown that he will pay them until the pubs last opened, but there would be no further payments until the Government furlough scheme was put in place.

There was uproar from industry spokespeople after the pub chain said it did not intend to pay its suppliers until pubs reopen, which would have had devastating consequences on many small and medium-sized businesses.

Martin later reversed the decision, but it did highlight some unscrupulous business principles.

Britannia Hotels made the list of businesses people will not be frequenting after the crisis after its Aviemore Coylumbridge Hotel ruthlessly kicked staff out of live-in accommodation, telling them their services are “no longer required“.

The hotel since reversed the decision, blaming an ‘administrative error’ for sacking staff during the pandemic.

EasyJet made the perverse decision to appeal for taxpayer support at the start of the pandemic – despite handing shareholders £174 million in dividends.

Stonegate Pubs courted controversy after it was revealed that the pub chain, which owns Slug & Lettuce, Walkabout and Yates, furloughed 16,500 members of its staff even though it is being based in the Cayman Islands.

Timpsons: A lesson in how to do it right

In a world of Wetherspoons, be a Timpsons.

Those are the words of Mitten d’Amour, who was responding to reports of a ex-criminal who had been offered a second chance with the high street chain.

In a world of Wetherspoons, be a Timpsons.