We must do what we can to support the pubs and restaurants that we hold dear to our hearts. 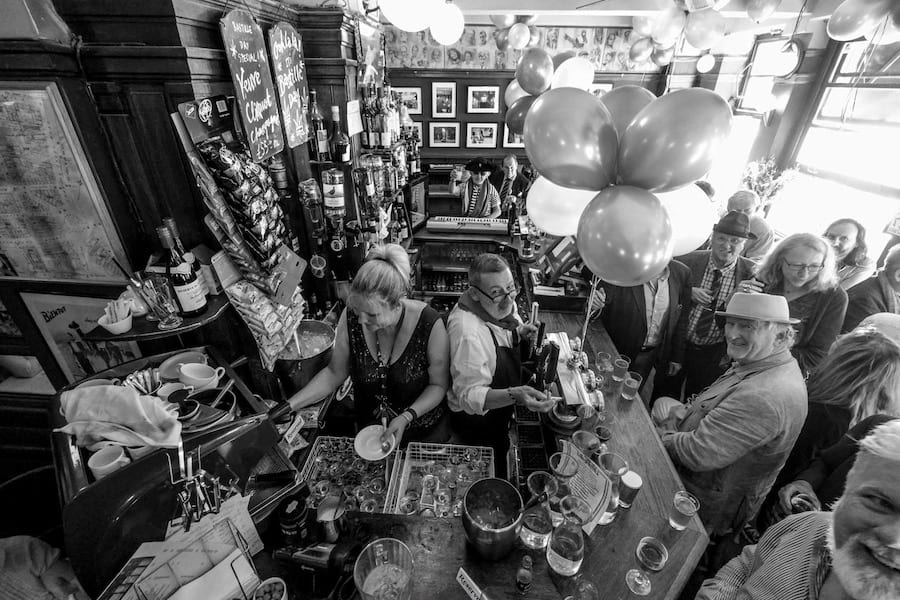 Crowdfunders have been set up to save London’s best-loved pubs have raised thousands of pounds. If these venues folded it wouldn’t just be financial loss; but it would also lose part of the soul of the Capital.

To drink and dine in these environs is to stand on the same space as some of the world’s finest actors, artists and poets have let their hair down.

One of Soho’s oldest establishments, The French House, which has been serving punters including Charles de Gaulle, Dylan Thomas, Francis Bacon and royalty for over a hundred years, is asking for donations to keep it afloat.

Due to the coronavirus it was recently reported that pubs across the UK could remain closed until Christmas as the country continues to control the spread of the virus.

Michael Gove warned that pubs and restaurants in the nation would be ‘among the last’ to see the restrictions placed upon them relaxed.  Virtually no business, of any type, could last that long without any income.

The GoFundMe page for The French House states: ‘The French means so much to all of us. It’s not just an important piece of Soho history, it’s a resource for an entire community as well as being amongst the last bastions of old Soho.’

‘The French House has been the beating heart of Soho for over a hundred years. History has been made here. De Gaulle wrote his rallying call to his fellow countrymen in the bar upstairs. Dylan Thomas left his only copy of Under Milk Wood here. Artists Francis Bacon, Augustus John and Lucian Freud were regulars and today the French continues to attract and support the brightest creative lights, and Lesley Lewis, its landlady for over thirty years, actively encourages local artists and photographers, as well as contributing to the local and wider community.

‘It is Soho’s “village pub” but a village pub that welcomes everyone, from young to old, from regulars to newcomers, from royalty to rascals, a place where everyone is made to feel a friend and part of a family.

‘And friends and family look out for each other.’

‘In these difficult and uncertain times, and until life gets back to normal for us all, the French House is looking to its friends, its fans, and its family for help. The French means so much to all of us. It’s not just an important piece of Soho history, it’s a resource for an entire community. With your financial support and sponsorship, we can ensure that the French will reopen. And when it does there will be some great parties (pints might even be served!)

‘Please give whatever you can to ensure the future of our beloved French.

‘Thank you – and vivethe French!‘

Another Soho spot, New Evaristo Club, has set a donation target of £20,000.

Support the NHS, support key workers but also support the businesses that will form the fabric of society when this madness ends.

Related – Owning a Small Business in a Pandemic – Can we survive?