Every other industry in the UK is properly regulated, yet newspaper websites read by millions of people every day get away with intrusive and inaccurate reporting with little to no justice for those impacted. 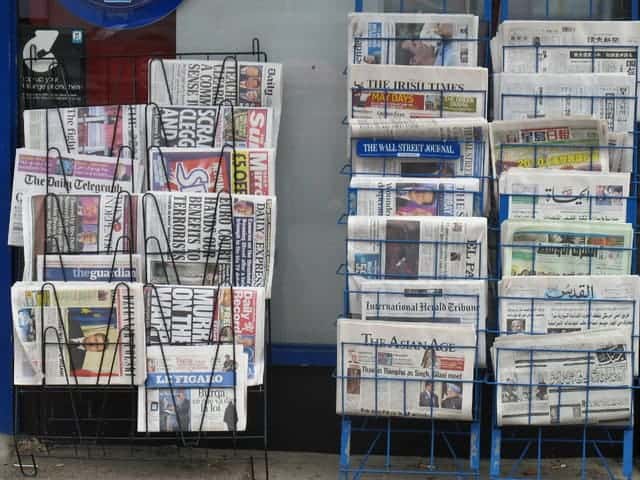 By Sara Badawi from Hacked Off

During a time of crisis, quality public interest journalism is of critical importance. But the UK press, a largely unregulated industry, has targeted members of the public more than it appears to have held those in power to account.

Catching coronavirus can happen to any of us, yet back in February, an innocent member of the public who had the misfortune of coming into contact with the coronavirus was identified in accusatory articles in newspapers across the UK. Media outlets published details of his name, job, hometown and the hospital he responsibly checked himself into to help prevent the spread of the disease.

Details relating to individuals’ health are personal and private. No one should have to see their personal medical information splashed across national newspapers for friends, neighbours, colleagues and everyone else in their life to see. There is no public interest in identifying affected individuals by name, least of all those who have immediately checked themselves into hospitals.

This coverage was invasive and unethical, and if IPSO were halfway a competent regulator it would have acted immediately.

It comes as no surprise then that the UK’s unregulated print media is the least trusted in Europe. In an annual survey released last week of 33 countries (EU states as well as acceding and candidate countries), the UK comes last, a position it has held for 9 of the 10 years the survey has been conducted.

In one year alone IPSO received 8,000 complaints about discrimination and just 1 was upheld, whatever side you come down on, surely this alone shows the complaints process is not fit for purpse. On top of that, IPSO, an industry controlled complaints-handler, has failed to establish a single standards investigation in over five years. Until newspapers become independently regulated, trust will continue to decline and this lack of accountability has dire consequences for democracy.

The editorial policy of the largest newspapers, which pursues sensationalism and clicks even when it is at the expense of facts and the lives of individuals caught up in media stories, is in danger of damaging the news media industry beyond repair. Declining trust has already undermined the profitability of the industry and will continue to do so unless it is addressed.

The long-term solution is membership of an independent regulator which will go some way to restoring public faith. The excuse that editorial policy is determined by a ‘sex sells’ attitude just doesn’t wash anymore, especially not when sales are dramatically falling: action must be taken to address these abysmally poor levels of trust.

How newspapers have reported on the coronavirus has been typical of some newspapers’ failure to properly fulfil its role of holding power to account. Too often, instead of scrutinizing the Government, newspapers have targeted members of the public.

Last week, the Daily Mail devoted a whole page to criticising health workers for raising concerns about Personal Protective Equipment in a BBC programme. It appears that for The Daily Mail free speech is not for everyone. The greatest irony is that the BBC is regulated independently, including for political partisanship, whereas the Mail remains entirely unregulated.

Newspapers would do well to remember that the Leveson inquiry was established in 2011 under Conservative-led coalition government because the public were outraged by press behaviour, as long as the Government fails to implement the Leveson recommendations, these scandals and abuses will go on. And the Government’s do-nothing policy in the face of ever diminishing levels of trust and faith in the press by the public will become increasingly untenable.

Every other industry in the UK is properly regulated, from broadcast media, to legal services, to finance. Yet newspaper websites read by millions of people every day get away with intrusive and inaccurate reporting with little to no justice for those impacted. Citizens look to the media to speak truth to power and act in their interests. Too often, it targets and bullies them. Until newspapers join a recognised regulator that acts in the interests of the public, this will repeat.