Soaring temperatures in the UK have led rail operators to warn of possible speed restrictions due to the risk of tracks buckling. 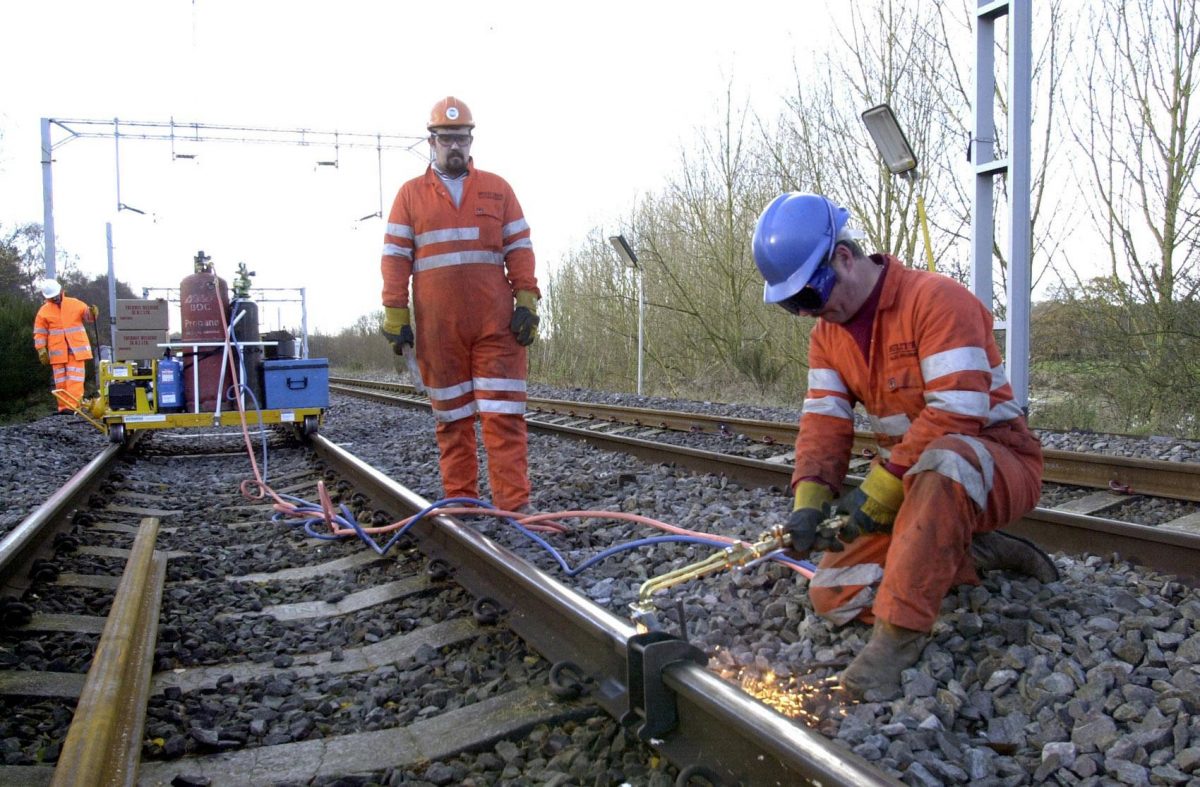 Soaring temperatures in the UK have led rail operators to warn of possible speed restrictions due to the risk of tracks buckling.

Here, PA looks at how the extreme heat affects the railway system:

How are railway tracks affected by hot weather?

Around 20,000 miles (32,187km) of steel track criss-crosses the country, much of which is exposed to sunlight.

According to Network Rail, which owns and manages Britain’s railway infrastructure, tracks in direct sunshine can be as much as 20C hotter than the air temperature.

As the mercury rises, the steel rail absorbs heat and expands, causing it to curve, known as buckling.

The forces the temperature change provokes pushes and pulls the track out of shape, Network Rail said.

Sleepers and ballast are used in railway design to contain these forces and prevent buckling.

Overhead lines can also expand and sag in extreme heat, bringing a risk of passing trains pulling them down.

When do tracks buckle?

Network Rail said its track has a “stress-free” temperature of 27C (80.6F), which the company said is the UK mean summer rail temperature.

It said more than three-quarters of its track is on concrete sleepers, which, when “fully compliant” with its standards, can withstand rail temperatures of more than 59C (138.2C).

But some sections of track are not designed to cope with that level of heat and are at risk of buckling.

How does Network Rail prevent buckling?

The company said it can roll out extreme weather action teams (EWATs) to ensure passenger safety and keep trains running during hot weather.

Weather conditions are monitored through specialist forecasters and the use of “mini weather stations” and track-side probes.

Good morning, here is Thursday's weather summary. Don't forget, you can visit our website (https://t.co/cQSfu1VDbo) for all local & national weather forecasts including the 6-30 day UK outlook. Please tweet or drop us an email with any other queries. ^Dan pic.twitter.com/od7RT646M0

As train movements also exert force on tracks, slower speed restrictions can be introduced to reduce the chances of buckling, with the side-effect of disrupting timetables.

Network Rail said it paints some track white as this makes it less heat-absorbent and reduces the temperature by 5C or 10C.

Where a stretch of track is composed of short rail sections bolted together, gaps are left to allow for expansion.

Does this happen in other countries?

Network Rail said other nations choose a higher stress temperature limit for their tracks, depending on the climate.

Countries with extreme weather conditions adjust their tracks between summer and winter, the company said.

This can include inserting concrete slabs which can better contain track forces than sleepers and ballast.

Network Rail’s website said that the “variations in short-term weather and long-term climate” in Britain mean “it is neither practical nor cost-effective” to implement such measures permanently.

It said solid concrete slab tracks costs about four times as much to install as standard ballasted track.

The company also said that stress-proofing Britain’s rail track to the levels of hot countries would also create “the risk of increased tension on the rails in the winter”.