‘It was a few poor decisions that got us into that situation,’ said Andrew Hooper. 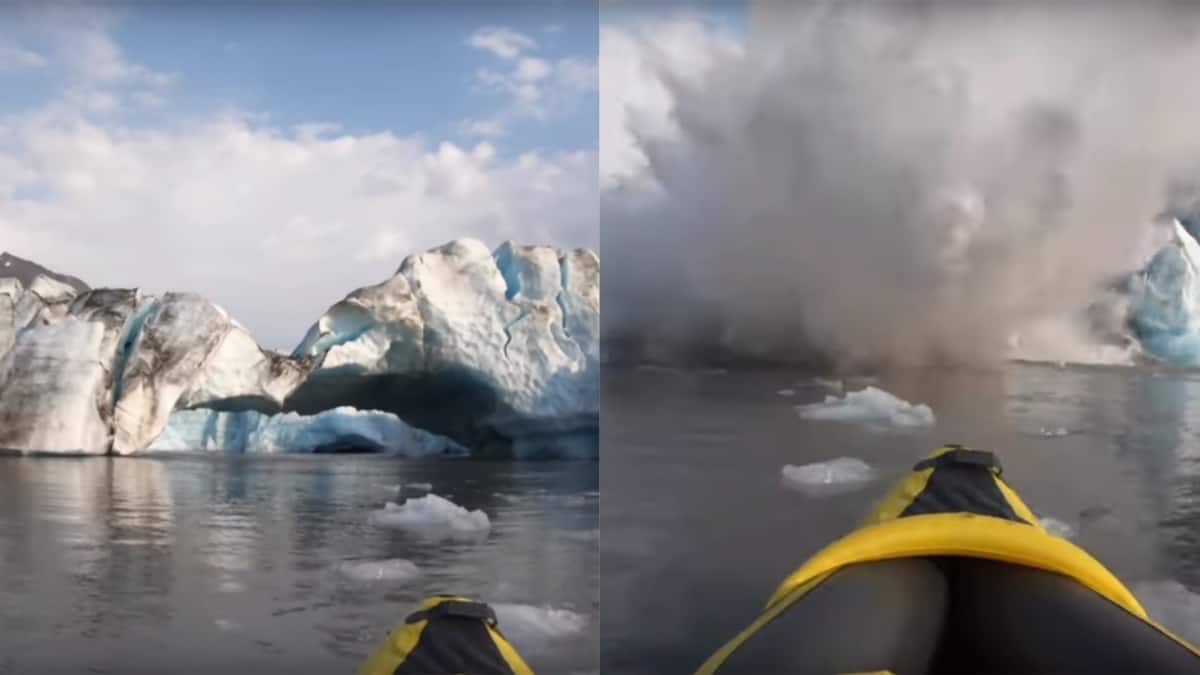 Two kayakers escaped with only minor injuries after getting too close to a collapsing glacier in Alaska.

Andrew Hooper, from Texas, was kayaking near Spencer Glacier with a friend when they noticed the ice beginning to break.

Waiting for the bridge to collapse and fall, the pair found themselves too close for comfort when the inevitable happened, with Andrew struck by water and chunks of flying ice.

“It was a few poor decisions that got us into that situation,” Mr Hooper told the PA news agency. “Something that I’m grateful to have seen and survived.

“I wasn’t expecting events to occur exactly like that. I was expecting the bridge to fall and that to be the end of it.”

Mr Hooper dropped his camera and paddled away when he realised the danger he was in, with waves reaching 12 feet according to his YouTube channel “Home with the Hoopers”.

“I got hit a couple of times, once on my hand once on my ribs,” he continued. “Josh escaped with just some spray.

“I had a bump on my left hand and got cut up a little bit from the flying ice, but other than that there were no injuries.

Asked whether he would do anything differently, Mr Hooper said he would follow the advice of his wife a little more closely.

“I wouldn’t get that close to it – we were ignorant to the power,” he said.

“Both of our wives before we went said ‘hey, don’t get close to glaciers’. They gave us the safety spiel, so I guess the moral of the story is the wives are right.”