Ahead of the 50th anniversary of Martin Luther King’s assassination on 4 April, Neil Davey takes a trip to Alabama, a key US state in the Civil Rights Movement.   Shall we get the obvious out of the way first? Because, yes, Alabama does not have the best reputation of the American states. In fact, […] 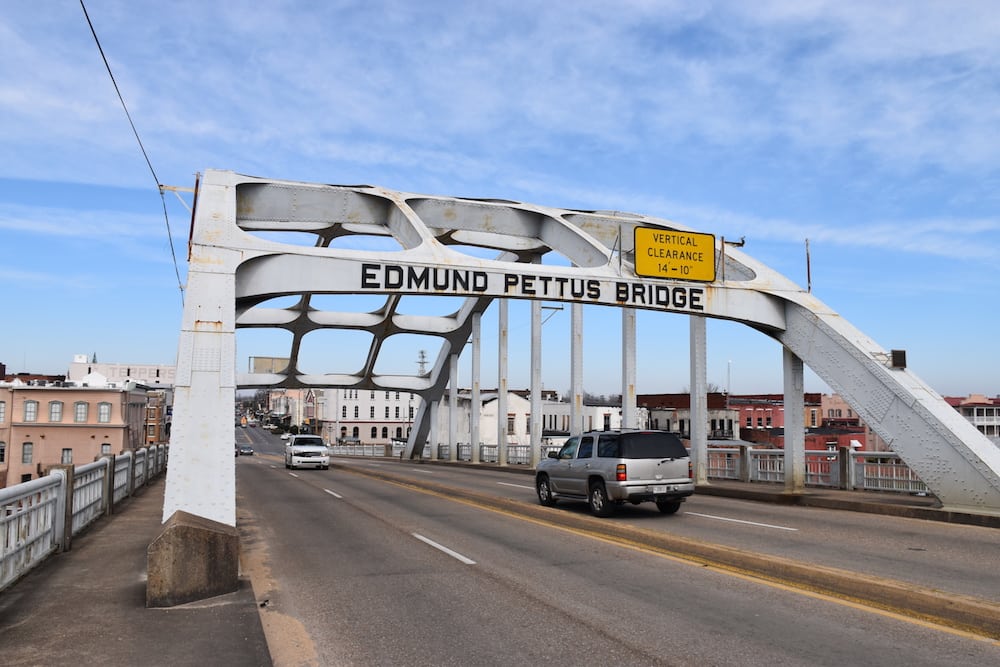 Ahead of the 50th anniversary of Martin Luther King’s assassination on 4 April, Neil Davey takes a trip to Alabama, a key US state in the Civil Rights Movement.

Shall we get the obvious out of the way first? Because, yes, Alabama does not have the best reputation of the American states. In fact, it’s almost become shorthand for a particular type of American attitude, with a foot in some of the more disturbing aspects of American history. However, Alabama is a state of remarkable contradictions, a place where most of the people you’ll meet will acknowledge the flaws and, impressively, where many are working to change the world’s perceptions of their home. From the Civil Rights Trail to the South’s original Mardi Gras, via music, literature and remarkable food, there’s considerably more to Alabama than you might have considered. Here are ten things to do on a trip over.

Unlike many places, Alabama openly acknowledges its previous civil rights abuses, and there’s a distinct feeling that there is progress (see the recent election of Doug Jones, for example). On the Civil Rights Trail, Selma’s Edmund Pettus Bridge is a good place to start. The location of the Bloody Sunday beatings, it’s a chance to walk in Martin Luther King Jr.’s footsteps, and see where the first march for voting rights began.

Like we say, contradictions. While the New Orleans’ Mardi Gras is the internationally famous one, Mobile’s is the original one, and the bigger one. According to the locals, Mobile’s Mardi Gras starts the day after New Year, gaining momentum and good natured craziness as ‘Fat Tuesday’ (Shrove Tuesday) approaches. Local societies known as ‘Krewes’ each throw a parade and a ball during this time. While some of the krewes are highly secretive, others allow members of the public to attend their parties. Local websites such as themobilemask.com are a fine source of information on all things ball-related.

“It began at Bethel…” In June 1956, the Reverend Fred Shuttlesworth, pastor of the Bethel Baptist Church in Birmingham, founded the Alabama Christian Movement for Human Rights, the catalyst for some of the most dramatic social and legal changes of the last century. Over the next few years, such local groups joined together to form the Southern Christian Leadership Conference, headed by Reverend Martin Luther King Jr. In December 1956, the parsonage was destroyed by a bomb – one of three such attacks made on the church. Shuttlesworth walked out of the wreckage unharmed. The outline of the parsonage ruins remains today as a record of the attack, and the church’s place in Civil Rights History.

At the risk of sounding facile – particularly when the restaurant is located between the spot where Rosa Parks refused to give up her seat and the Dexter Avenue King Memorial Baptist Church, the church where Dr King was a pastor – Chris’s Hotdogs is a must-visit. Founded in 1917, the restaurant has served people from all walks of life over the last 101 years, including Dr Martin Luther King Jr., both Presidents Bush, Roosevelt, Truman, Elvis, Clark Gable and Tallulah Bankhead and every Alabama Governor during that time. Country music legend Hank Williams was a devoted regular too – legend has it that he wrote ‘Hey Good Lookin’’ while sitting at the counter. 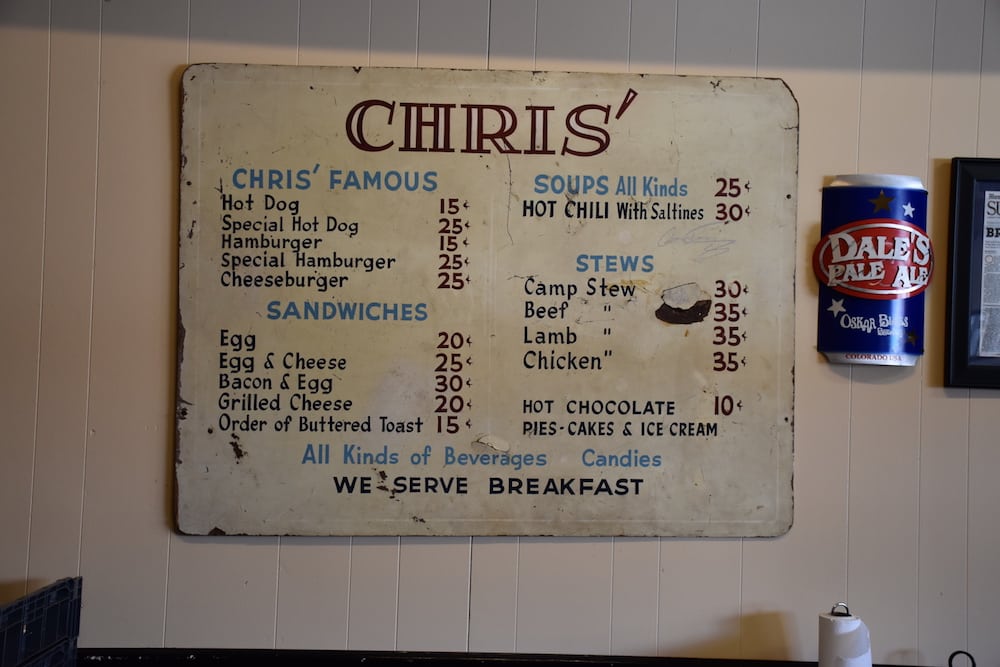 The only church where Dr King served as a pastor, the Memorial Baptist Church is steeped in history. Its current name dates back to 1978, to acknowledge the important part the site played in the Civil Rights movement. This includes the 1956 Bus Boycott inspired by Rosa Parks and directed by Dr King from his office, which remains in the lower part of the church to this day.

F Scott Fitzgerald wife, Zelda Sayre, was a native of Montgomery, and the couple lived in the city from 1931-32. Their home during this time was a house on Felder Avenue. The property was changed to apartments after the Fitzgeralds left, and was scheduled for demolition in 1986 before Julian and Leslie McPhillips stepped in and purchased the site, turning it into the world’s only dedicated museum to the loves of F Scott and Zelda. It now houses a remarkable collection of photos, novels, letters, artworks and other memorabilia. You can also, with advance notice, stay in some of the upstairs rooms.

While the Civil Rights Movement began in Bethel, it was the tragic events at Birmingham’s 16th Street Baptist Church that galvanised the Government into action. On September 15th, 1963, members of the Ku Klux Klan bombed the church, killing four young girls and injuring many others. While it resulted in the Civil Rights Act of 1964, it took until 1977 before the Klansmen responsible were charged. 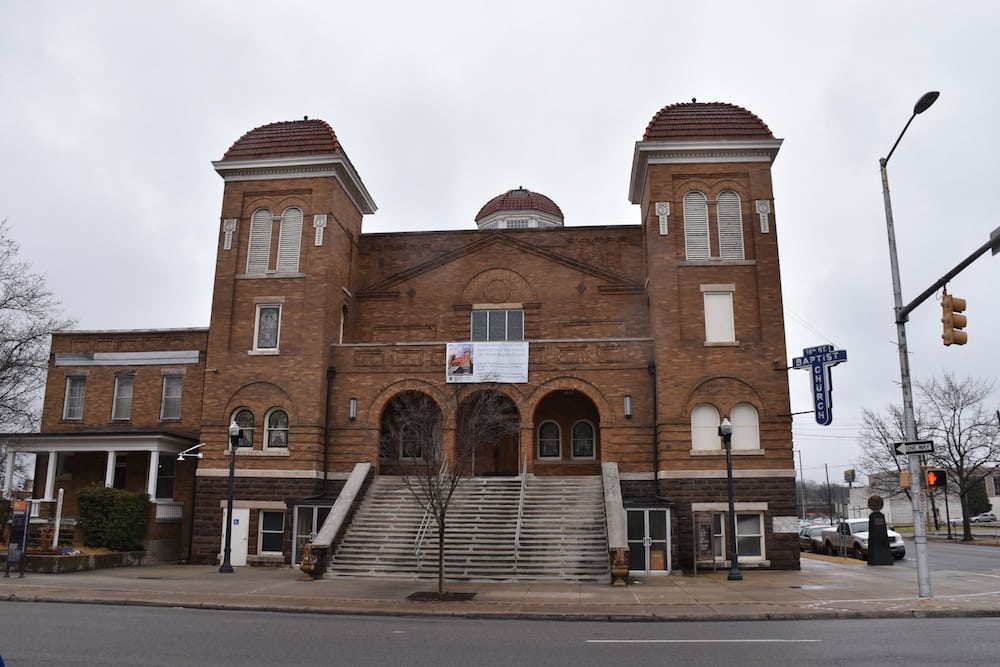 Walk in a Mardi Gras Parade

As well as allowing access to their celebratory balls, some Mardi Gras Krewes allow non-members to walk in their parade. It’s a quite remarkable thing to do, if you want to feel like a rock star. Thousands of people line the streets for the biggest parades, all clamouring to be thrown the traditional Mardi Gras treats of coloured beads, Moon Pies (a marshmallow filled, graham cracker sandwich) and assorted other goodies, from cuddly toys to frisbees. It’s the job of those walking or riding in floats to throw such things into the crowd. While wearing a costume. And a mask. It’s a bizarre but brilliant experience. 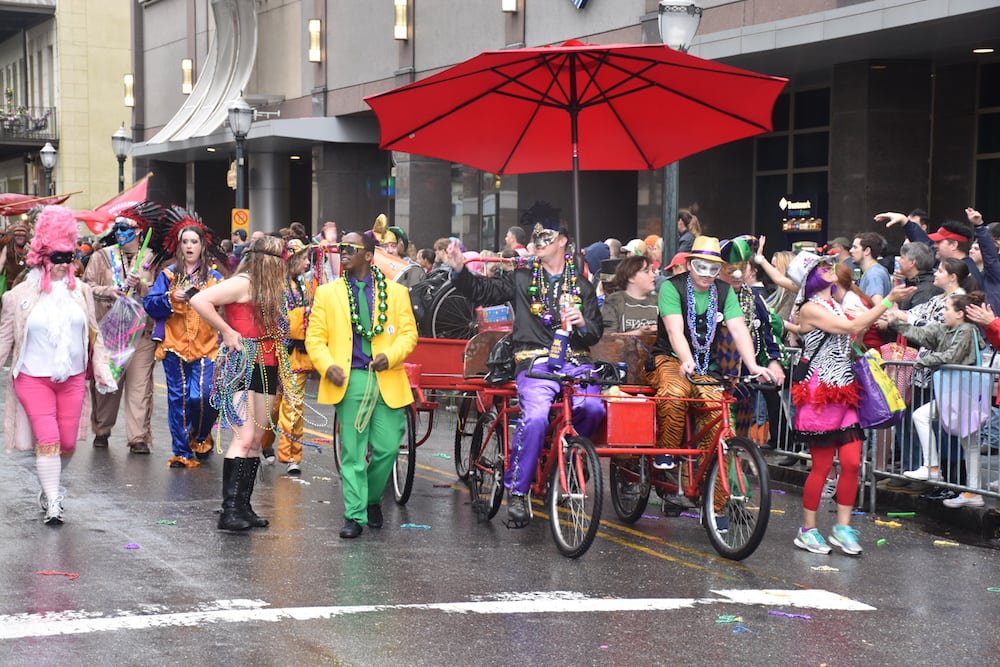 As a child, Harper Lee often sat in the balcony of the Monroe County Courthouse, watching her father practice law. It’s perhaps no surprise then that the location became the setting for the courtroom scenes in her novel, To Kill A Mockingbird. The Old Courthouse is now a museum, and a local group often stages a play adapted from Lee’s novel to raise funds for the building’s upkeep.

Located opposite the 16th Street Baptist Church, the Birmingham Civil Rights Institute has been called one of the finest museums in the US. It’s certainly one of the most moving, tracking the evolution of Birmingham, and the nation’s civil rights, from the 1960s. It’s either a beacon of hope to the steps that have been made, or an indication of just how far there is clearly left to go. In either case, it’s a powerful history lesson that, thanks to knowledgeable staff, audio recordings, and remarkable exhibits, puts the visitor inside the integration movement – and the appalling injustices, attitudes and events that inspired it.

For more information see www.alabama.travel. Flights from UK to Alabama with Delta. North America Travel Service offer a fly drive package to Alabama based on the above itinerary from £1974 per person based on two adults sharing.