by Nathan Pynn
in Travel 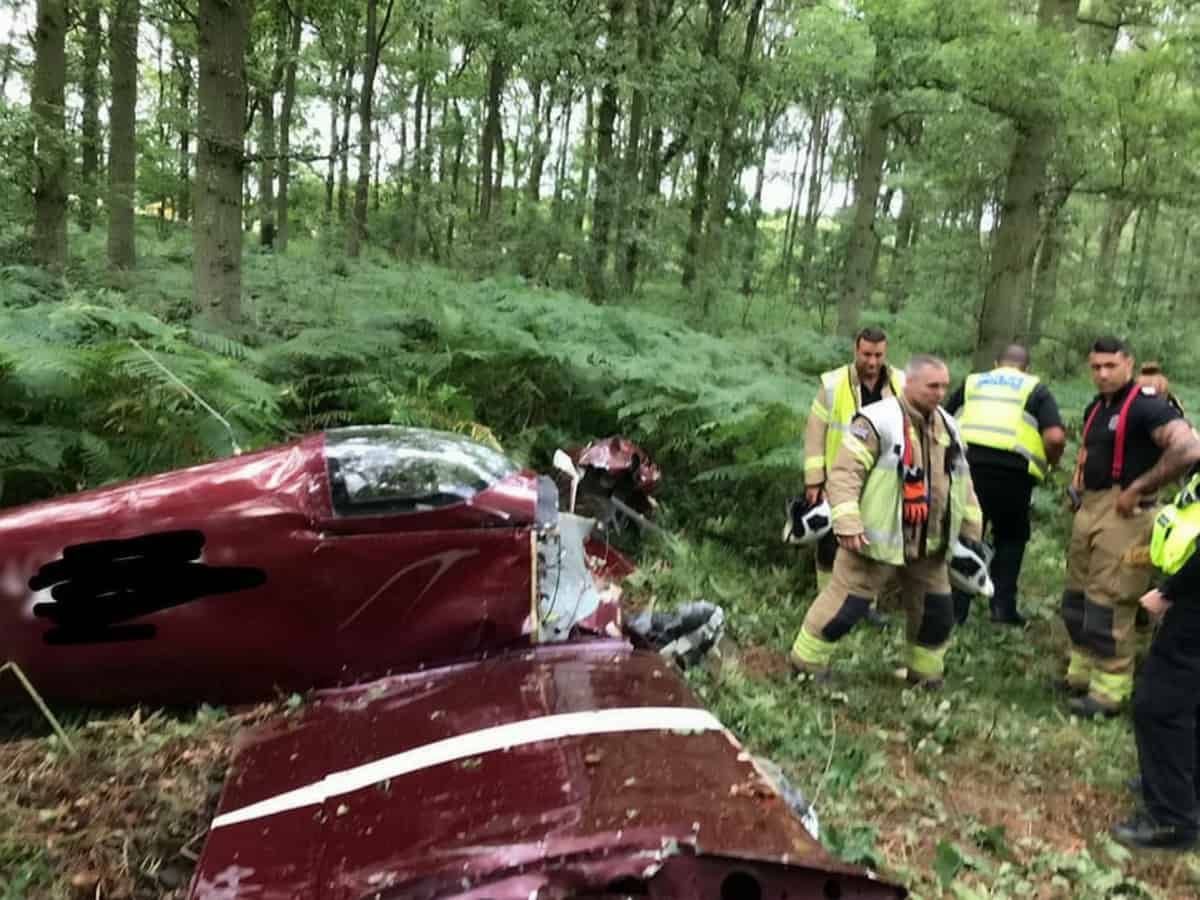 A pilot cheated death after he escaped with just leg injuries from the wreckage of a plane he had crashed into some trees.

Shocking pictures show the mangled remains of the single-seater burgundy light-aircraft after it came down in a woodland clearing on Sunday afternoon (21/7).

A wing and the nose of the plane were completely destroyed but the cockpit incredibly survived intact following the crash near Spanhoe Airfield, in Laxton, Northants.

Images released by Northamptonshire Fire & Rescue show how lucky the pilot was to land in a forest clearing completely surrounded by trees.

He was taken to Nottingham’s Queen’s Medical Centre by air ambulance at around at about 3.25pm to be treated for leg injuries.

Northamptonshire Police later said it is expected he will make a “good recovery” following his miracle escape.

A force spokesperson said: “Police, fire and the ambulance service attended the scene and the male pilot was taken to Queen’s Medical Centre, Nottingham, by air ambulance suffering leg injuries which are not believed to be life-threatening.

“Anyone with information about the crash can contact Northamptonshire Police on 101, stating incident 369 of July 21.”

The airfield is a former WWII RAF and USAF air base that was decommissioned following the end of the war.

One runway remains in operation and the airfield is home to a number of privately-owned aircraft.

The Air Accident Branch has been informed.