Nazanin Zaghari-Ratcliffe had been kept in solitary confinement and chained to hospital bed, according to her husband Richard Ratcliffe. 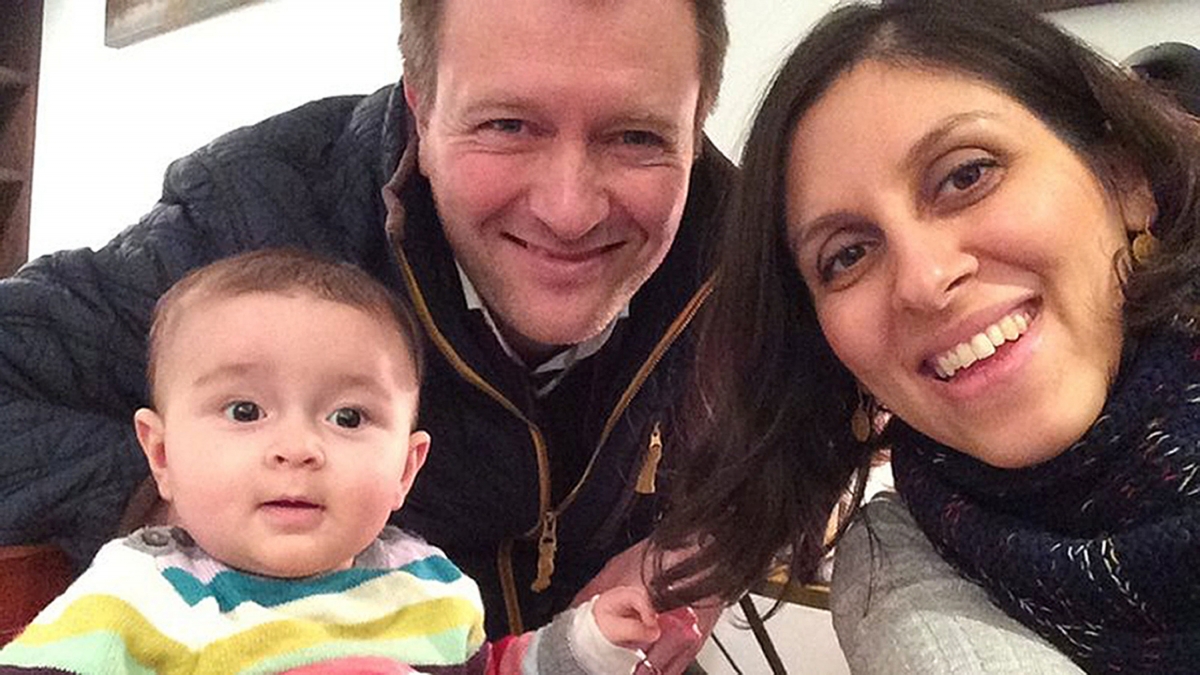 A British-Iranian woman jailed in Iran has been transferred back to prison from a hospital mental health ward she described as “proper torture”.

Nazanin Zaghari-Ratcliffe had been kept in solitary confinement and chained to hospital bed, according to her husband Richard Ratcliffe, who added she had been discharged on Saturday.

The news comes amid heightened tensions between the UK and Iran over the seizure of a British-flagged tanker in the Persian Gulf.

Putting pressure on new Prime Minister Boris Johnson more than 200 MPs called for Johnson who as Foreign Minister made her situation all the worse to now use his powers to secure her safe release from Iran.

Shortly before the new Tory leader was announced on Tuesday, the MPs wrote to the candidates stressing it should be a PM’s “first duty” to protect British citizens.

The British-Iranian mother has languished in detention since her arrest in 2016, with Johnson heavily criticised over his loose words when he was foreign secretary that led to calls for him to resign when Iranian authorities detained .

Johnson made matters much worse for her by mistakenly telling an open House of Commons hearing that she was “teaching people journalism.”

The 40-year-old was arrested at Tehran’s Imam Khomeini airport while travelling with her young daughter in April 2016 and sentenced to five years in prison after being accused of spying, a charge she vehemently denies.

She was moved from Evin prison last week to the mental health ward of Iman Khomeini hospital in Tehran upon the command of health authorities in the country.

But she was returned to prison after breaking out of her bindings and telling security guards she was at risk of self-harming if she remained in the hospital, Mr Ratcliffe said.

The pair spoke over the phone on Sunday and Monday, when she told him of her ordeal.

Mr Ratcliffe said his wife told him she was “broken” by the experience and was “relieved” to be back in prison.

In comments to him, she said: “They did all they could to me – handcuffs, ankle cuffs, in a private room 2m by 3m, with thick curtains, and the door closed all the time.

“I wasn’t allowed to leave the room, as I was chained to the bed. It was proper torture. It was tough, and I was struggling.

“To be honest, I never thought I would end up there. I always found myself strong, and then finding myself there – it was really traumatising.

“There was no justification for it. I am cross at them. I am not scared. The amount of scars I got. I have been put through hell.”

It comes as her constituency MP said she had called for questions to be answered over claims by former Foreign Office minister Sir Alan Duncan said that talks about her release had been brought to an “abrupt halt.”

In his resignation Sir Alan said he remained “deeply upset that some fruitful discussion I had initiated about he possible release of Nazanin Ratcliffe were brought to such an abrupt halt”.

Hampstead and Kilburn MP Tulip Siddiq tweeted: “I have tabled questions to the FCO regarding the cause of the “abrupt halt” of the discussions to #FreeNazanin”.

Sir Alan, a prominent critic of Boris Johnson, quit as a Foreign Office minister ahead of Tuesday’s announcement of the new Tory leader.

Mrs Zaghari-Ratcliffe’s admission to a mental health unit comes after she went on hunger strike for 15 days last month in protest against her “unfair imprisonment”.

Mr Ratcliffe joined the hunger strike in solidarity with his wife, and camped on the pavement outside the Iranian embassy in London.

In a 2017 gaffe,  Mr Johnson said Mrs Zaghari-Ratcliffe was in Iran “teaching people journalism” – despite her family’s insistence she was there to visit relatives.