Janet Marchant, 67, from Southend-on-Sea says her life has become a misery since a new taxi runway was opened at the bottom of her garden in 2017

by Joe Mellor
in Must Reads, Property, Travel 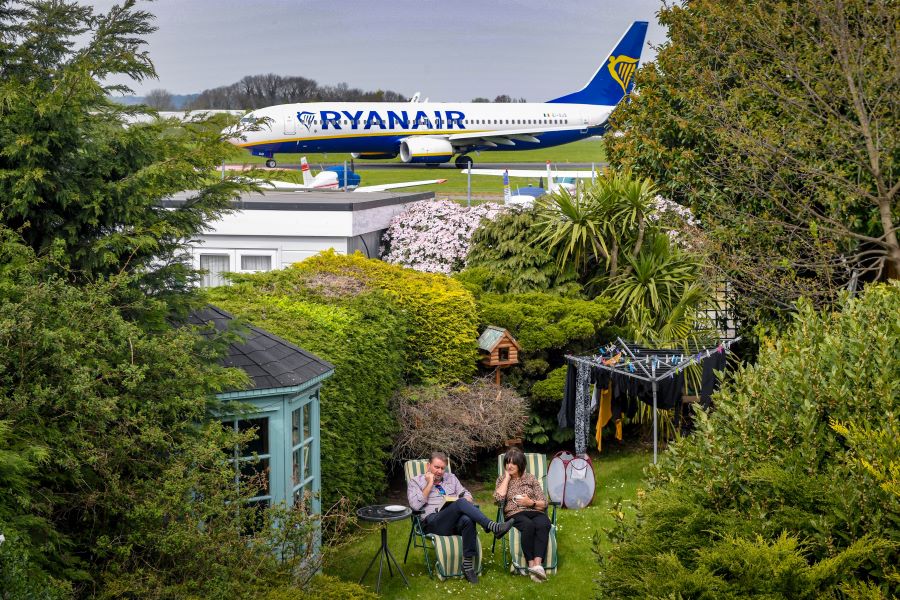 Fuming home-owner Janet Marchant says an airport revamp has turned her life into a nightmare with 50 jets a day now taxiing at the bottom of garden.

OAP Mrs Marchant, 67, claims a new runway strip at Southend airport, Essex, means a jet is taxiing just 150 feet from her back garden every 20 minutes.

The retired news-agent says she has lived in her bungalow near the airport with husband Paul for seven years without any problems.

But recent changes to the airport taxiing arrangement have left big passenger jets lining up close to her home while waiting to take off from 6am to 11pm every day.

She said: “You can’t have a conversation in the garden with anyone because you can’t hear them. 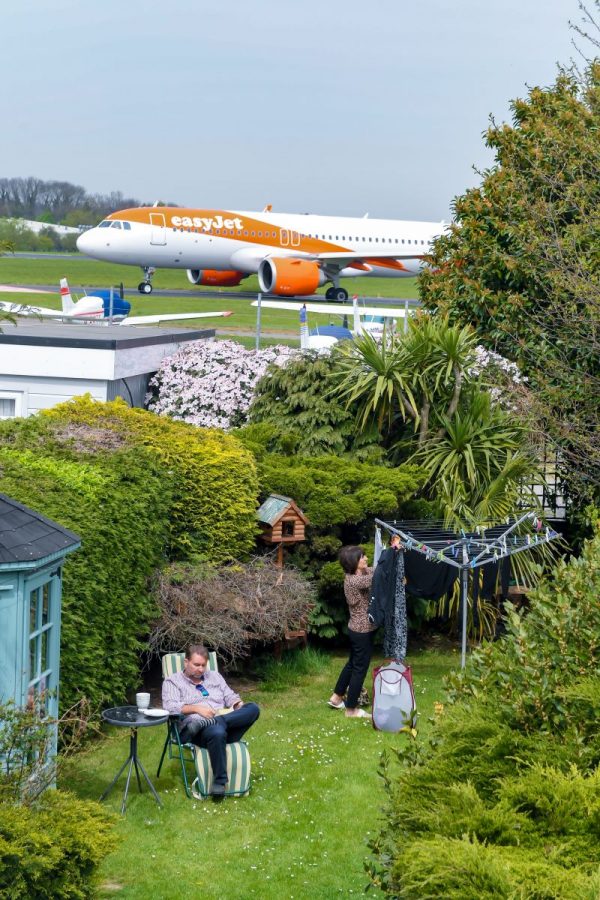 ” When we are inside with the door closed we have to pause the TV until the plane has gone past.

“We worry about our grandchildren coming around and the enjoyment of having people over for BBQs is ruined.

“I love my garden and used to do a lot of gardening but now it is all spoilt with the noise and the smell.”

Janet also said she worried about the damage it will do to the value of her house.

She added: “You do worry if you have a house viewing and there’s a huge plane sat at the bottom of the garden.”

She added: “Every plane is legitimate but it’s a nuisance, is it morally right?

“I don’t know what to do, I have done everything.”

Janet says the problem began in November 2017 when the airport rehabilitated its ‘Charlie Taxiway’ which is the route used for planes taking off from the eastward runway.

One morning Janet opened her curtains and said to her partner: “There’s a bloody great jet in our garden!”

Janet said: “The pollution and smell is awful and it’s really noisy.

“My partner’s breathing is now not so good and my neighbours say they can’t sit outside or open their windows at certain times of the day.

“Yesterday there were about 10 that went past and one was sat waiting for about 10 minutes before it took off and it was incredibly noisy.

“It can’t be good for your health. 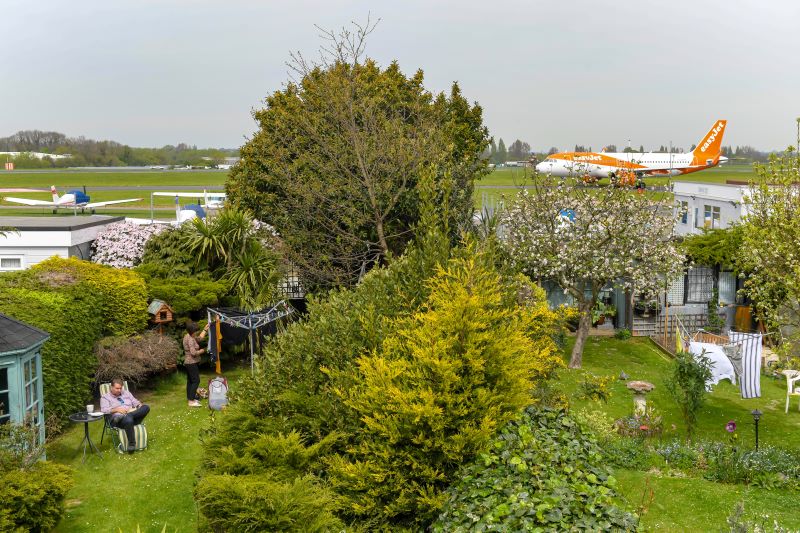 “We aren’t against the airport but this is the most convenient and cheapest option for the airport.

Janet claims she recently received a letter from the airport telling her to stop complaining about the noise to a forum on its own website.

She said the planes are often held near her garden and that the back thrust when they set off again produces noise and fumes.

The problem is expected to get worse as the summer season approaches and the airport gets busier.

A Southend Airport spokesman said: “London Southend Airport is very proud of both its long heritage, having been an airport since 1914, and the important, positive role it plays in the community.

“We appreciate that the Wells Avenue properties were built close to the Charlie Taxiway, and are currently engaging with those residents through quarterly meetings and are actively investigating active measures to reduce noise.

“The airport has ambitious plans to grow, and will continue to work closely with the CAA to ensure the airport remains safe and environmentally responsible for all our stakeholders.”

Addressing her claim that she has been told not to continue complaining, the spokesman added; “We have recorded and investigated over 430 individual complaints and found that in every case, the aircraft concerned was operating normally, legitimately and within the Airports operating framework.

“It is worth noting they are suspended, not banned and that the decision was made by the ACC, not the airport.”

The ACC is a body titled the Airport Consultative Committee which acts as a forum for discussion between the airport and local community.

Around 1.4m passengers passed through Southend airport in 2018.

Ryanair, Loganair and Flybe operate from the airport.

The airport is capable of handling large passenger planes such as the Boeign 757 and Airbus A321.