by Emma Silverthorn, TLE writer A few months on from the tragic Paris attacks, and the city has lost little of its joie de vivre. You’ll notice it whether on a gastronomic adventure, out designer shopping, or, for the young at heart, a weekend at recently revamped Disneyland Paris. In the famed theme park, there […] 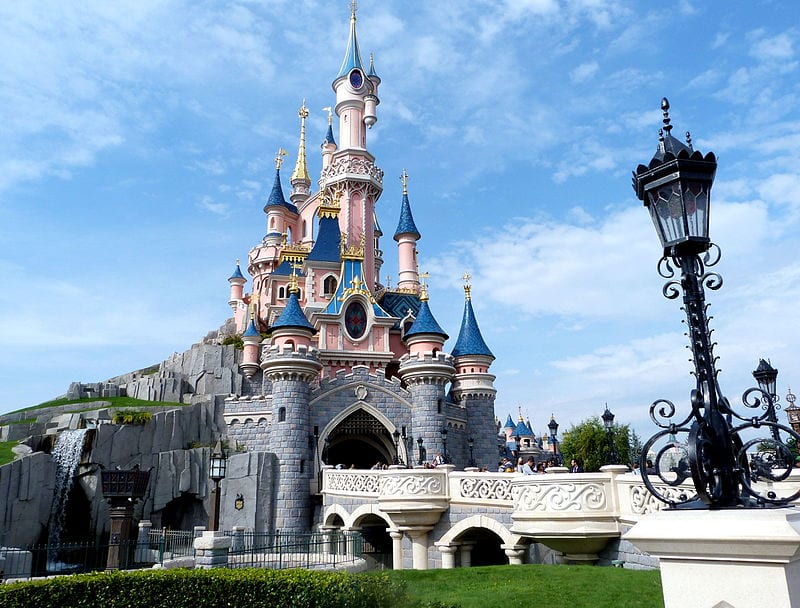 A few months on from the tragic Paris attacks, and the city has lost little of its joie de vivre. You’ll notice it whether on a gastronomic adventure, out designer shopping, or, for the young at heart, a weekend at recently revamped Disneyland Paris.

In the famed theme park, there are plenty of attractions and rides but the best is the new Rattatouie ride, perhaps unsurprisingly given its nationality. With this simulation, you see the world from a rat’s eyes view. Elsewhere, The Twilight Zone Tower of Terror is, if not terrifying, a mix between hilarious and nerve-wracking.

In the evening, the light and fireworks show, projected onto the classic Disney castle, is a must-see. I was all ready to be cynical about the show, but my heart was indeed predictably melted, seeing so many images of childhood run past in quick, colourful, emotive succession. Perhaps it was the wine but I dare you not to get a little glassy-eyed watching it.

To continue the Disney experience I stayed in Vienna House Magic Circus Hotel, a red and yellow circus tent of a place. The hotel was perhaps a little wasted on me at 32 – this is place to take your children, or perhaps the massive Disney fan in your life. I struggled to get into the swing of the place but saw quite a few grown women here wearing Minnie Mouse ears, so clearly the magic had worked on them.

However the location is ideal; it’s close to Disneyland Paris itself of course, just half an hour from the Champagne region, and near to the luxurious shopping outlet La Vallee Village. La Valle Village runs through the full designer gamut, whether you’re after glamorous Armani, or boho chic Zadig and Voltaire.

Closer to the capital, a foodie tour of the eighth district of Paris is highly recommended. I took a tour with La Route Des Gourmets, and the guide was wonderful, a stylish, epicurean of a Frenchwoman. She took us around the best of the eighth districts sweet and savoury delights, from mustard and truffles to macaroons and éclairs. The Maille mustard boutique was my personal favourite – who knew a mustard store could be quite so stylish? Here you’ll find mustard sommeliers on hand and the many-flavoured mustard on tap, which is then poured into earthenware pots with a cork stopper. Try the Chablis and Chanterelle mushroom mustard – they’re especially good.

For those with a sweet tooth you can’t do much better than a Laduree macaroon. As with the Maille boutique, visiting these stores is an experience itself, even if you don’t buy. Founded in 1862 by the Laduree family, the store is full of belle époque charm: it’s beautiful, aristocratic and girly. Fans of Gossip Girl will know it as Blair Waldorf’s favourite patisserie.

The antithesis to Laduree is surely Fauchon, which is an uber-sleek modern affair. As the name suggests this is more of a high-fashion brand than simply a deli; a place for the cool kids of Paris to hang out. As well as macaroons and pastries, Fauchon sells fine tea, wine and fresh deli produce – their vegetable and olive tapenades are out of this world!

There’s no better place to wash down all those pastries than at the Mariage Frères teahouse. This nineteenth century, self-proclaimed ‘tea paradise’ is a real gem. Buy loose leaf or muslin bagged fine tea of all varieties here, or stop for high tea in their art deco tearoom. Dare I say it the French may have surpassed even the best English tearooms with this one!

Terre de Truffe, the truffle shop, is perhaps the most luxurious store here, amongst a very luxurious selection. Here you can sample truffle infused oils, truffle chocolates and shaved truffle on baguette with brie. Black truffles, the rarest kind, are sold here by the pound. But expect quality over quantity – the so-called ‘diamond of the kitchen’ costs thousands of Euros.

If your budget doesn’t quite stretch to this, visit the beautiful Madeline Church for a visual feast and some dinner. The Madeline stands commandingly at the centre of this fine food district. In its present form the Madeline stands as a temple to mark the glory of Napoleon’s army, though it looks like a Roman Temple and is based on the Maison Carre, in Nimes, one of the best-preserved Roman Temple in the world. For a mere €5 annual subscription, you can dine under the vaulted ceiling of the Madeline on a three course French dinner served by volunteers priced at €9.

To continue the epicurean adventure, it’s well worth the hours drive outside of the city and into the famous Champagne region. There are many Champagne caves of course in the region but the small batch artisanal caves of Roger Coulon offer an especially, unique experience. Nestled in the Vrigny region this is a nineteenth century family run business. The “juice” that doesn’t make it up to the Roger Coulon standard gets sold off to the big name Champagne houses like Moet, which gives you some idea as to the quality of Roger Coulon’s bottles.

After a tour of the cellars to whet our appetite, we’re taken to the bar to enjoy a glass of the stuff itself. The Champagne absolutely lived up to the hype that Sebastian, our appropriately handsome guide, had built over the forty-five minutes of tour. You can buy a bottle (or more) after the tour too at a price much below what it would cost outside of the Champagne house. My only regret on the trip was buying just one.

If you’re after a weekend of pure sensory delight, then a trip like this one absolutely delivers. My usual experience of Paris has been one of walking, galleries and cheap café-bars, so it was a refreshing experience to sample this more lavish side to this most charming of cities.