Mike, who wishes to remain anonymous, launched @sw_bingo on Twitter two weeks ago and already has almost 650 followers messaging him service delay "excuses" 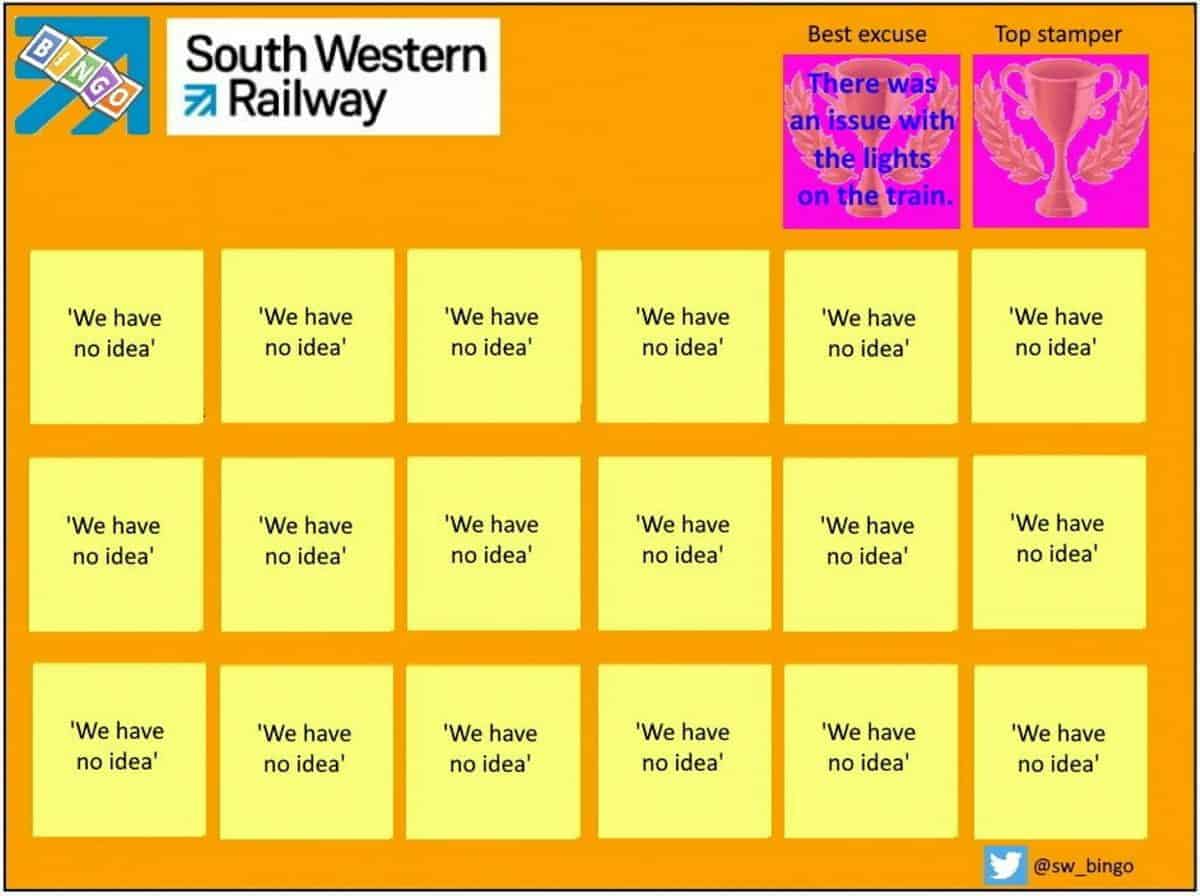 A long-suffering London commuter has set up ‘railway BINGO’ for train passengers – including a list of excuses for late services.

The worker – only known as Mike – launched @sw_bingo on Twitter two weeks ago and already has hundreds of followers messaging him delay.

They include delays due to Network Rail, congestion and disruptive passengers on South Western Railway.

Other reasons for delays include points failure, trespass incident, obstruction on the line and engineering works.

But it also features a ‘best excuse’ and ‘top stamper’ options as well as unusual reasons such as ‘no idea’ and the classic ”leaves on the line’.

There has yet to be a full house in a week – although lines are completed regularly.

Mike, who commutes to London every week from the south of England, said he set up the weekly game as a “little hobby”.

It invites commuters to try and match their delays to “good old favourites” like staff shortage as well as long shots such as trackside fire.

Mike said: “It’s already had some good feedback. Each week the card is changed, and this week commuters are just one match away from bingo.

“Last week, given the wet weather, we removed track fire which was unfortunate as we actually had one this week.”

An SWR spokesperson told the BBC it was working very closely with Network Rail to “improve performance and boost the punctuality of services”.

He said: “Whilst the majority of our services run on time, there are a number of issues, many of which are outside our direct control, that can unfortunately cause delays.”