When the lighthouse was first lit in 1900, it was roughly 650ft from the coast in Jutland. Now it is only about 20ft away. 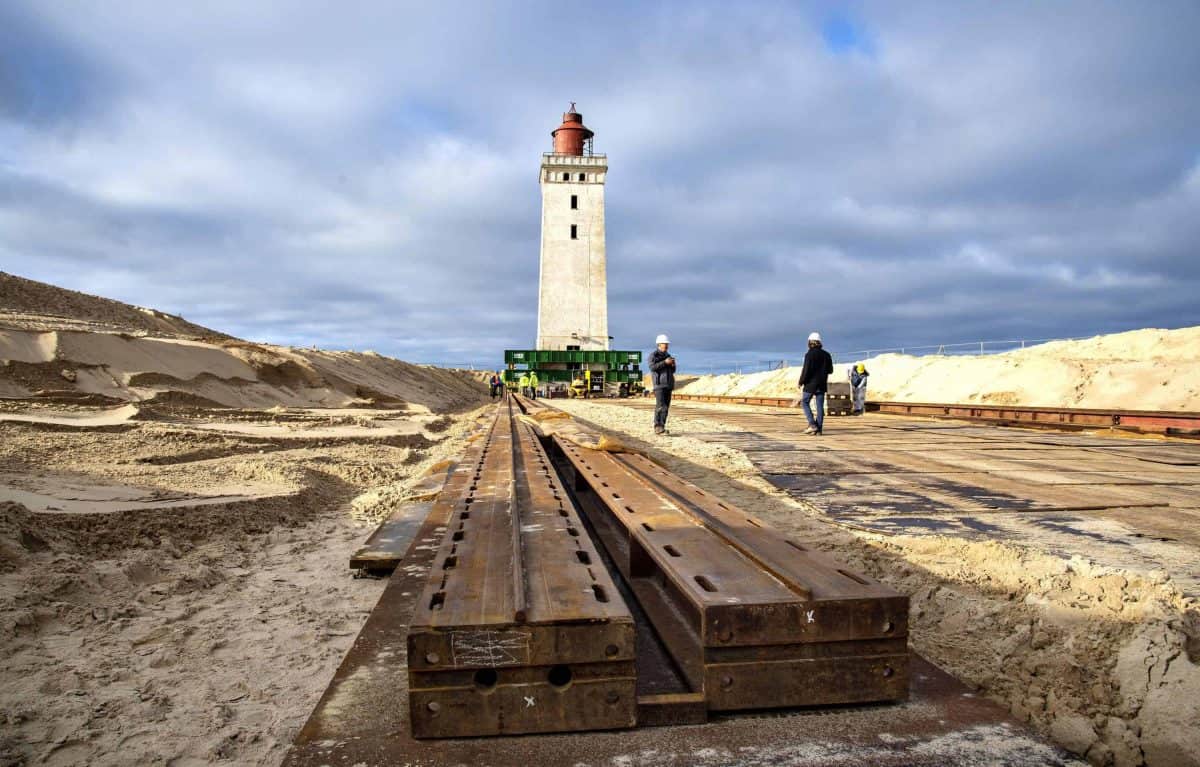 A 120-year-old lighthouse in north-western Denmark has been put on wheels and rails in a bid to move it more than 250ft away from the North Sea amid the threat of coastal erosion.

When the 76ft Rubjerg Knude lighthouse was first lit in 1900, it was roughly 650ft from the coast in Jutland. Now it is only about 20ft away.

Local mayor Arne Boelt said “many things can go wrong” in moving the defunct lighthouse, which weighs about 1,000 tonnes and sits on top of a cliff 200ft above sea level.

He added: “But it’s worth the risk … the alternative would to dismantle the lighthouse.”

The move is scheduled to take 10 hours, at a speed of 26ft per hour.

Environment minister Lea Wermelin has called the white, square lighthouse “a national treasure” to explain why her ministry spent five million kroner (£576,000) to save it.

Mr Boelt and the town of Hjoerring also have chipped in to foot the bill.

The lighthouse finished operating in 1968 and was briefly turned into a museum, including an exhibit about the structure’s struggle against sand drift.

In the end, it was closed as shifting sands slowly buried the two buildings next to the lighthouse, although the lighthouse still gets more than 250,000 visitors each year.

The move was broadcast live on major Danish news outlets.

In 2008, a nearby church was dismantled to prevent it from falling into the sea.

The Romanesque Maarup Church, built on a cliff around 1250, was picked for scenes in Babette’s Feast, which in 1987 became the first Danish film to win the Oscar for best foreign language film.