Westminster and Holyrood are fighting a blame game over the failure to so far confirm which countries will be exempt from quarantine restrictions. 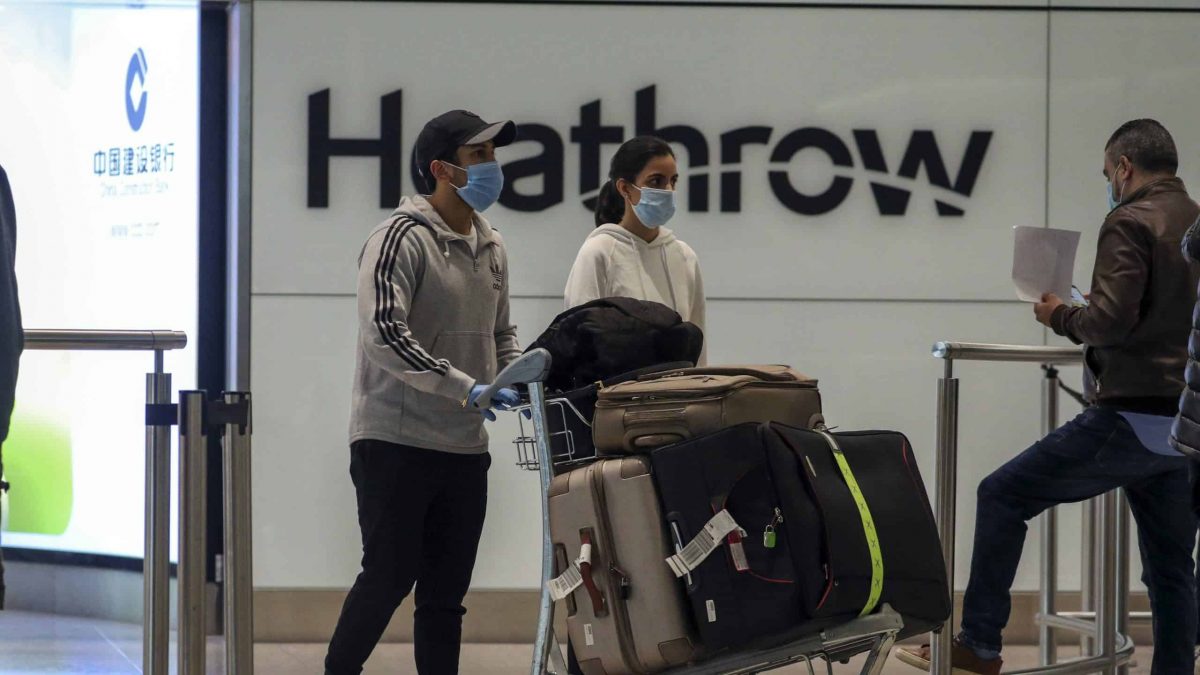 Plans to lift quarantine restrictions for travellers have become the focus of a blame game between the governments of Boris Johnson and Nicola Sturgeon.

Transport Secretary Grant Shapps suggested in the Commons that the Scottish Government was delaying an announcement on air bridges between the UK and countries which will be exempt from the 14-day isolation period.

But the Holyrood administration said the claim was “completely unfounded” and accused the UK Government of failing to keep Scottish ministers fully updated on the plans.

First Minister Ms Sturgeon said Mr Shapps had misrepresented the situation “which is disappointing but sadly not surprising”.

“Disappointing but sadly not surprising”

People arriving in the UK – including returning Britons – are currently required to self-isolate for a fortnight to reduce the spread of coronavirus.

The UK Government is expected to announce a list of countries which will be exempt from the restrictions this week, but so far details have not been published.

With the proposals expected to be set out on Friday, Mr Shapps clashed with a senior member of Ms Sturgeon’s Scottish National Party in the Commons.

“I’m very keen to get the devolved administrations, including the Scottish Government, on board so we can get this thing announced.”

He urged another SNP MP, Philippa Whitford, to “ask the Scottish Government to join with us in ensuring we can have these air bridges in place nationwide as quickly as possible”.

Scotland’s Justice Secretary Humza Yousaf hit back at Mr Shapps’ comments and claimed the UK Government had repeatedly redrawn the list of countries under consideration without consulting the devolved administrations.

“This suggestion is completely unfounded,” he said.

“We have sought, as far as possible, a four-nations approach to this issue, but such a policy requires meaningful consultation by the UK Government – something which has so far been lacking.”

In talks with Health Secretary Matt Hancock on Wednesday night, the devolved administrations were presented with the latest proposed list of air bridge countries which had been “significantly changed” from previous versions.

“Further information, including yet more revision to the list of countries, was not provided until after the meeting had ended,” Mr Yousaf added.

“I made clear that – as the First Minister has already indicated – we must be able to consider the public health impact of these changed proposals, as well as the data and evidence underpinning them, before deciding on and announcing any changes.

“I hope we will be able to do that within the coming days.”

As many as 75 countries could be exempted from the quarantine restrictions when the list is finally published, reports have suggested.

The list will lift the Foreign Office ban on non-essential travel to nearly all EU destinations, the British territories including Bermuda and Gibraltar, as well as Turkey, Thailand, Australia and New Zealand, the Daily Telegraph reported.

All 75 have been judged sufficiently low-risk destinations based on their Covid-19 situation.

But Downing Street played down the reports ahead of the official announcement.

The prospect of change was welcomed, however, by transport industry figures who have campaigned for the quarantine restrictions to be lifted.

Paul Charles, chief executive of travel consultancy The PC Agency and member of the Quash Quarantine campaign group, said: “It’s to be welcomed that the Government is effectively abandoning travel corridors and blanket quarantine measures, and enabling travel again to such a wide group of countries from Monday July 6.

“When confirmed, we will get certainty again in our sector, which is badly needed.

“Each day that goes by without confirmation means fewer bookings and more job losses.

“It’s time the Government levelled with the British people on its travel policy, instead of going round and round in circles before making any decision.”

Swissport, the ground handling company, and Collinson, a medical assistance provider, have been working on an airport-based testing system.

Mr Shapps said he is in touch with Swissport and “following those trials and proposals very carefully”.

He added: “We do believe it’s important to be able to provide international standards, and that may well include specific types of testing.”