Originally scheduled to open in March, Larry’s will open in Peckham later this month. 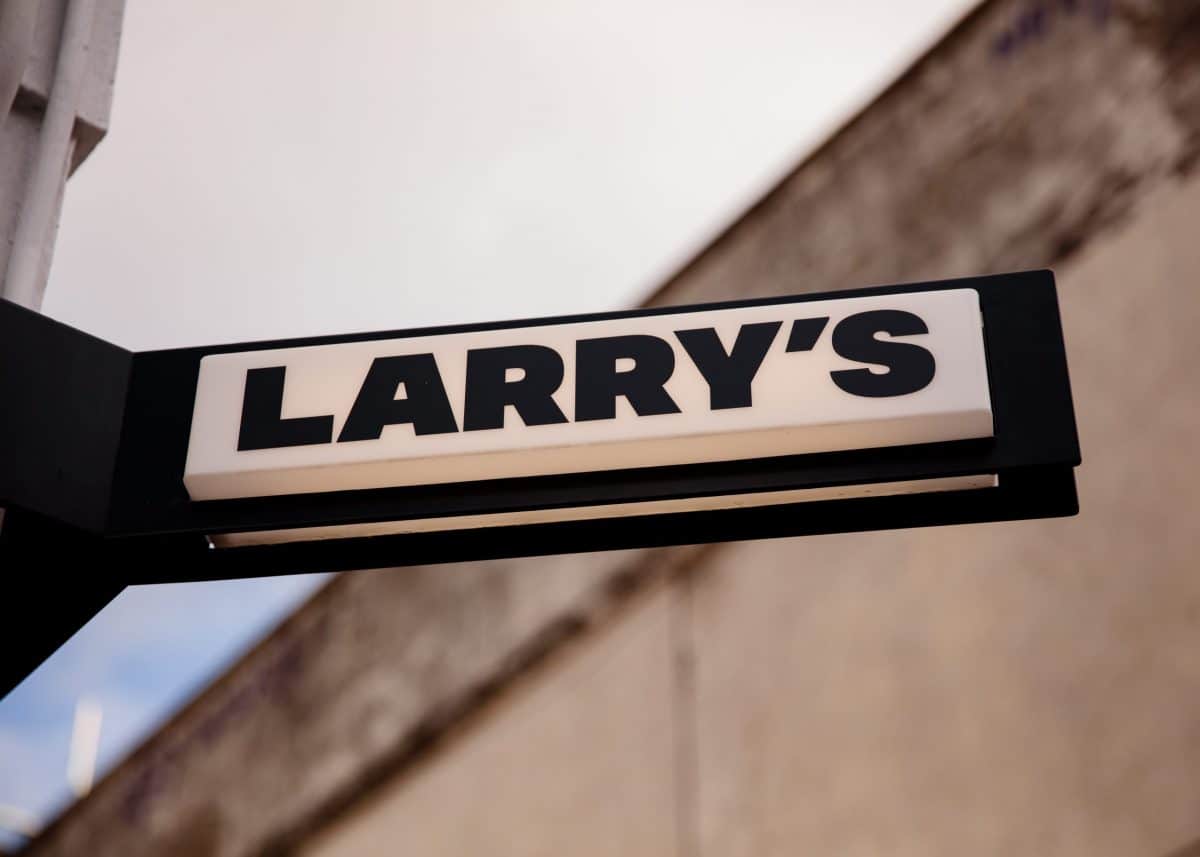 A new restaurant from the team behind Salon and Levan, Larry’s will open on Friday 31st July. The latest project from Nicholas Balfe, Mark Gurney and Matt Bushnell, Larry’s will occupy the site next door to Levan, in Peckham, originally planned to open in March before the effects of the novel coronavirus forced thousands of businesses to temporarily close.

Like Levan, Larry’s is named for the 1970s dance music pioneer and DJ, Larry Levan. Inside, the space will take inspiration from the 1970s with its orange laminate tables and green Eames chairs, while the food will take cues from the corner bars, diners and cafes of New York. Open all day, the restaurant will serve breakfast, lunch and dinner, staying open until late, playing music from a vintage Celestion Ditton sound system.

On the launch menu, breakfasts will be inspired by New York delis, featuring the likes of lox, potato latkes, sour cream and dill pickle; or two soft boiled eggs, mortadella, Emmental and focaccia. For lunch, focaccia sandwiches will feature, including a meatball melt with pickles and aged Gouda, plus a selection of dishes such as a take on a Waldorf salad with poached pear, walnut, celery and blue cheese dressing; and veal schnitzel with red cabbage remoulade and fermented chilli mayonnaise.

In the evening, Larry’s dinner menu will feature a collection of small plates. Snacks are set to include potato latkes with smoked cod’s roe, salt beef beignets, or ‘nduja soaked focaccia. Sharing plates will also be inspired by New York’s diverse dinner scene. Expect devilled crab, brown crab mayo, pickled fennel and bruschetta; XO cabbage with clams and house-made XO chilli sauce; and pig’s head ragù with pappardelle and Szechuan pepper. A daily changing cheesecake will also be available alongside gelatos made in house, plus Babkas, doughnuts and pies on rotation.

To drink, Larry’s wine list will offer two wines of each colour (white, red, orange, rosé, and sparkling). These will include a house wine and a guest wine from low-intervention winemakers. Two cocktails will also be available from the streamlined drinks menu, and just one beer.

On the launch of Larry’s, co-founder Nicholas Balfe said: “Larry’s is somewhere we’d expect Larry Levan to go to after playing one of his sets. We’ve cherry-picked everything we love about eating in New York, and combined them into the kind of place we would want in our neighbourhood.”

Mark Gurney adds: “It’s a naughty little brother to Levan: relaxed and informal. It’s the perfect spot for any occasion – a quick lunch, a glass of something natural and a bite to eat, or a leisurely dinner with friends.”

Larry’s is set to open on Friday 31st July and can be found at Unit 5, 12-16 Blenheim Grove, London, SE15 4QL. Further information can be found here.