An inside look at Hartwell House, a 17th century historic mansion set on the outskirts of London

by Shilpa Ganatra
in Hotel Reviews 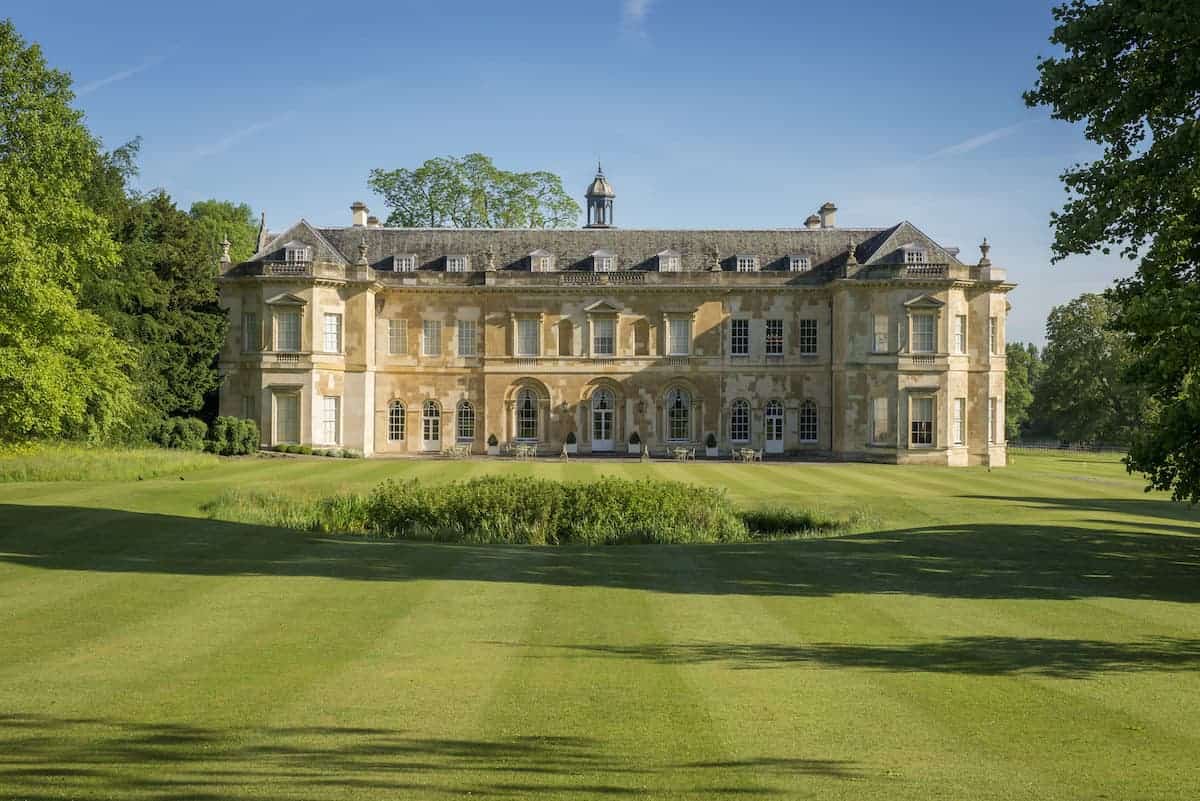 When it comes to houses laden with history, England’s not short of a mansion or two. But the National Trust property of Hartwell House stands out – and not only thanks to its location within 90 acres of Capability Brown-designed grounds. While many other heritage hotels have made efforts to mix modern amenities and tradition, Hartwell House consciously remains true to its 17th century beginnings, with formality and splendidness to the fore.

That means it won’t be to everyone’s tastes, particularly younger clientele whose idea of luxury leans towards whim-fulfilling, but it caters to its chosen audience magnificently. Every guest is treated like an aristocrat, and there are plenty of lounges and spaces to while away a day, each elaborately decorated with heavy antique furniture, glorious chandeliers and ornate ceilings. Definitely take time to enjoy the library – it’s where its most famous resident Louis XVIII signed a declaration of his reinstatement to King of France in 1814, it’s where the Royal Meteorological Society formed in 1850 and in more recent decades, where the G7 finance ministers gathered.

The grounds also feature a small spa, which includes the Hartwell Café as an alternative to the main, formal restaurant.

For Londoners in need of some fresh, countryside air, the location can’t be beaten. Aylesbury station is an hour away from Marylebone. Use the taxi rank for the 10-minute journey to the house, which somehow feels a million miles away from the hullabaloo of the capital. There’s not a huge amount in Aylesbury and the surrounds, though it’s near enough to the Chiltern Hills for a day out walking.

There are two main areas for rooms: the main house and Hartwell Court, which used to be the riding school and stables. These are traditionally furnished in floral prints and plush carpets, with more of a modern feel to them. The main house is the truly historic accommodation, though fear not – they still have USB charging points. Each individually-furnished room is elegantly presented, with large classical paintings on the wall and often with a sturdy four poster bed to add to the Downton Abbey feeling.

The all-important hospitality tray includes shortbread biscuits, which I dream about regularly – they’re the crumbliest, softest version I’ve tried. I stayed in room 6, The Muniment Room, which featured an elaborate bow window, and detailed overmantle wood carving that spoke of its Jacobean stylings. It felt like being transported back in time.

The grounds and the interiors are the main thing to enjoy in the hotel, though there’s the option of the spa too. It has the vibe of a members’ health club, especially as the gym, sauna and changing rooms are a little cramped. Excellent indoor pool, mind.

Within the hotel, most of the staff are personable and keen to help – try to nab John for a quick history tour of the building. But it’s not always consistent, for example the bottle of wine that was included in my dinner stay was sent to my room at the end of the night, rather than served at the meal. Once flagged, they happily deducted the price of the house wine from my chosen wine at dinner, but it was an odd choice nonetheless.

The dining options at Hartwell House are a tale of two halves. On one hand, drinks and dinner was divine. In keeping with its style, its menus are mostly traditional – there’s a bountiful selection of traditional Champagnes, for example, rather than trendy English sparkling. Food-wise, think lamb cutlets, Aylesbury duck breast (done to perfection) and exquisite seabass with crab crushed potatoes, though the monkfish served with chicken wings and hazelnut and lemon gnocchi show chef Daniel Richardson isn’t afraid to innovate. It’s served in a (very quiet) formal dining room, with attentive service geared at guests who are there for a large, leisurely meal.

Afternoon tea is a big draw, and it’s easy to see why. As soon as I’ve gobbled up the finger sandwiches, I’m asked if I’d like more, but the patisserie options look too delicious to risk it. I particularly adored the passionfruit and yuzu tart, and the chocolate macaroon with their ‘Historic House Hotels’ chocolate medallion on top. The scones were stunning – crumbly yet soft, filling yet light. Truly award-winning stuff. So far, so delicious.

My main annoyance was that weekday breakfast finishes at 9.30am, which I didn’t realise until I ambled down refreshed as staff were packing away the buffet spread. Perhaps this is another way in which the hotel is geared towards an older, routined audience, but isn’t it a big ask for guests to be ready, showered and down for breakfast at 9.15am during a lavish hotel stay? Happily, I was offered brunch at the Hartwell Café instead, though this began at 10.30am, which meant nursing a coffee for 45 minutes. The smashed avocado and poached on toast wasn’t overly worth the wait.

Take a closer look at the solid oak bannister on the main staircase. They include carvings of people within the history of the house – and the eagle-eyed might well spot Winston Churchill and his cigarette.

Shilpa was a guest of Hartwell House. For more information, see hartwell-house.com.