“You don’t deliver on democracy by trashing democracy. We are not selecting a dictator of our country. We are selecting a Prime Minister.” – Sajid Javid 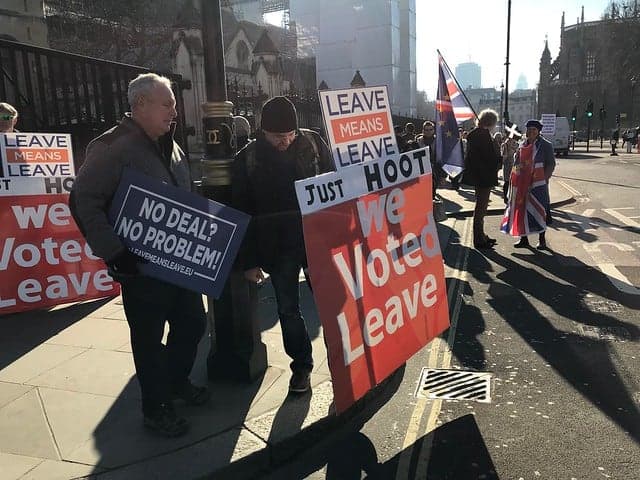 Aside from ‘Taking back control’, respecting democracy has been the major flagship motto of the Leave campaign since the result was announced in 2016.

Nigel Farage’s Brexit Party won big in the European Elections because they had democracy at the core of his campaign.

They projected themselves as guardians of the constitution and protectorates of “the will of the people”, however misguided either assertions may be.

A majority voted to Leave, and whether that be on the basis of false information or misinformation, it has become the main defence of all those who still believe in the project and the main counterpoint against all those who do not.

Those who hold democracy so dearly

So it is little surprise that Boris Johnson’s announcement to prorogue parliament has come as a shock to many people who were under the impression that Leavers held democracy so dearly.

The Prime Minister, who was voted in by just 140,000 people, will silence the voice of hundreds of democratically elected MPs by using a process presided over by an unelected monarch.

As the Financial Times notes, it is the effect of “detonating a bomb under the constitutional apparatus of the United Kingdom”, and I struggle to see anything more un-democratic than that.

We are not Stuart Kings

But what is arguably more confusing is how many of his cabinet had been opposed to such action in the past.

Amber Rudd once said: “I think it’s outrageous to consider proroguing parliament. We are not Stuart Kings.”

And Matt Hancock once argued that proroguing parliament “goes against everything those men who waded on to those beaches fought and died for (on D-Day) and I will not have it”.

We are not selecting a dictator

But I take some joy in recounting Sajid Javid’s words during the Channel 4 leadership debate:

“You don’t deliver on democracy by trashing democracy. We are not selecting a dictator of our country. We are selecting a Prime Minister.”

Indeed Sajid. So shall we call that 1-0 to Remain?