Boeing has kept building Max jets, although at a reduced rate. 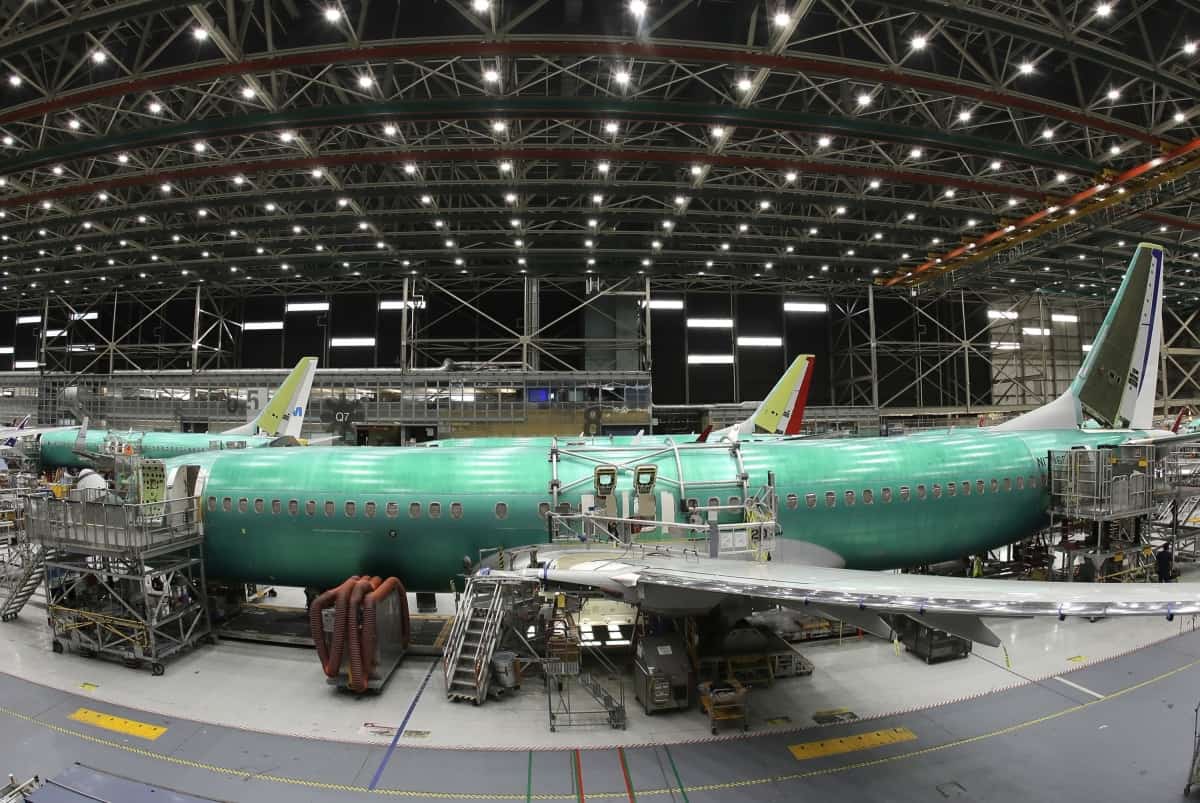 Aviation manufacturer Boeing has said it is booking a 4.9 billion US dollars (£3.9 billion) charge to cover possible compensation to airlines that have cancelled thousands of flights since the 737 Max jet was grounded after two deadly accidents.

The aeroplane builder also said the Max-related fallout will cut almost 5.6 billion dollars (£4.5 billion) from its revenue and pre-tax earnings in the April-through-June quarter.

The Chicago-based company said the calculations were based on an assumption that regulatory approval for the plane’s return to flying will begin early in the fourth quarter.

The timing is earlier than some analysts expected and may have contributed to a rally in Boeing shares in after-hours trading. Boeing is scheduled to report its quarterly results next week.

It also raised its estimate of Max production costs by 1.7 billion dollars (£1.3 billion) because output will be curtailed longer than expected.

Boeing is still working on fixing flight-control software that appeared to play a role in crashes that killed 346 people off the coast of Indonesia and in Ethiopia.

In March, regulators grounded the Boeing 737 Max and the company suspended deliveries of new jets.

The 4.9 billion dollar charge does not include amounts that Boeing may pay in the dozens of lawsuits filed by families of crash victims.

The company this week hired a victims-compensation expert to oversee a relief fund for families, which the company said was separate from the lawsuits.

The 5.6 billion dollar hit to pre-tax earnings is more than half of Boeing’s profit for all of 2018.

The plane’s return has been pushed back several times, most recently after Federal Aviation Administration (FAA) pilots found a new flaw while testing Boeing software changes in a flight simulator.

That discovery prompted Boeing to say in late June that it expected to present its proposed fix to the FAA “in the September timeframe”.

Boeing says concessions to airlines will be spread over several years but it is taking the entire estimated expense as a charge in the second quarter.

It did not specify what form the compensation would take, but hinted that it would not be entirely in cash.

Despite the grounding, Boeing has kept building Max jets, although at a reduced rate of 42 per month, down from 52, since April.

The company said ON Thursday that it assumed it can raise production gradually to 57 per month in 2020.

Boeing has delivered fewer than 400 Max planes but has unfilled orders for about 4,500.

The worst airline for delays is found HERE