Port of London Authority workers pulled out dozens of ageing supermarket wire trolleys from the banks of the capital's river after spotting a huge clump of them stuck in mud at low tide. 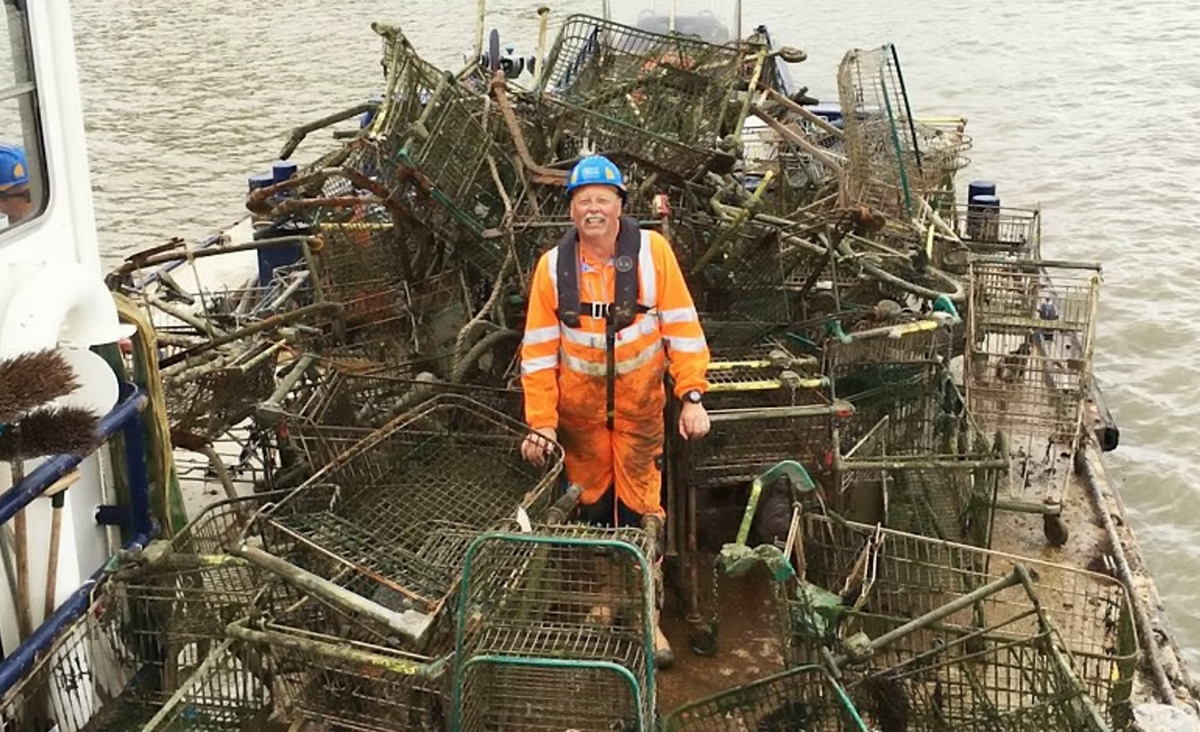 River cleaners became supermarket sweepers for a day when they cleared one small stretch of the Thames – and pulled up almost 70 shopping trolleys.

Port of London Authority workers pulled out dozens of ageing supermarket wire trolleys from the banks of the capital’s river after spotting a huge clump of them stuck in mud at low tide.

Crew aboard the Driftwood III vessel used a crane to dislodge the carts, that were scattered along the banks of the river near Thamesmead, east London, on Monday.

They were plundered from a variety of supermarkets, including Morrisons, Aldi, Wilko and Iceland – as well as some that look like they could have come from now-defunct shops, like Kwik Save.

PLA spokesperson Gareth Dorrian said: “It is the largest amount of trolleys that have ever been taken out of the river in one day.

“I can only assume they were put there by litter bugs with bad motives.”

PLA marine manager afloat Michael Russell added: “The PLA works very hard to clear rubbish from the river but this incredible find in one pocket of the tidal Thames shows what a mammoth task it is.

“Throwing trolleys into the river is simply reckless, the tide goes out and they get stuck on the foreshore.

“Dumping huge objects like this threatens wildlife habitats and could cause environmental damage.

“They also look dreadful and, more importantly, could become a hazard to the thousands of ships navigating the Thames every year.”

The metal mess will now be taken away for recycling.

They are used at key points along the 95-mile tidal Thames to trap waste before it becomes a bigger problem, and the rubbish is then processed, either to landfill or recycled at various sites around Kent and London.