Norway is one of the best countries to witness the Aurora Borealis. As well as several locations to get a great view of the sun’s particles hitting the Earth’s atmosphere, the country is fantastic in its own right with plenty of things to do during the day. 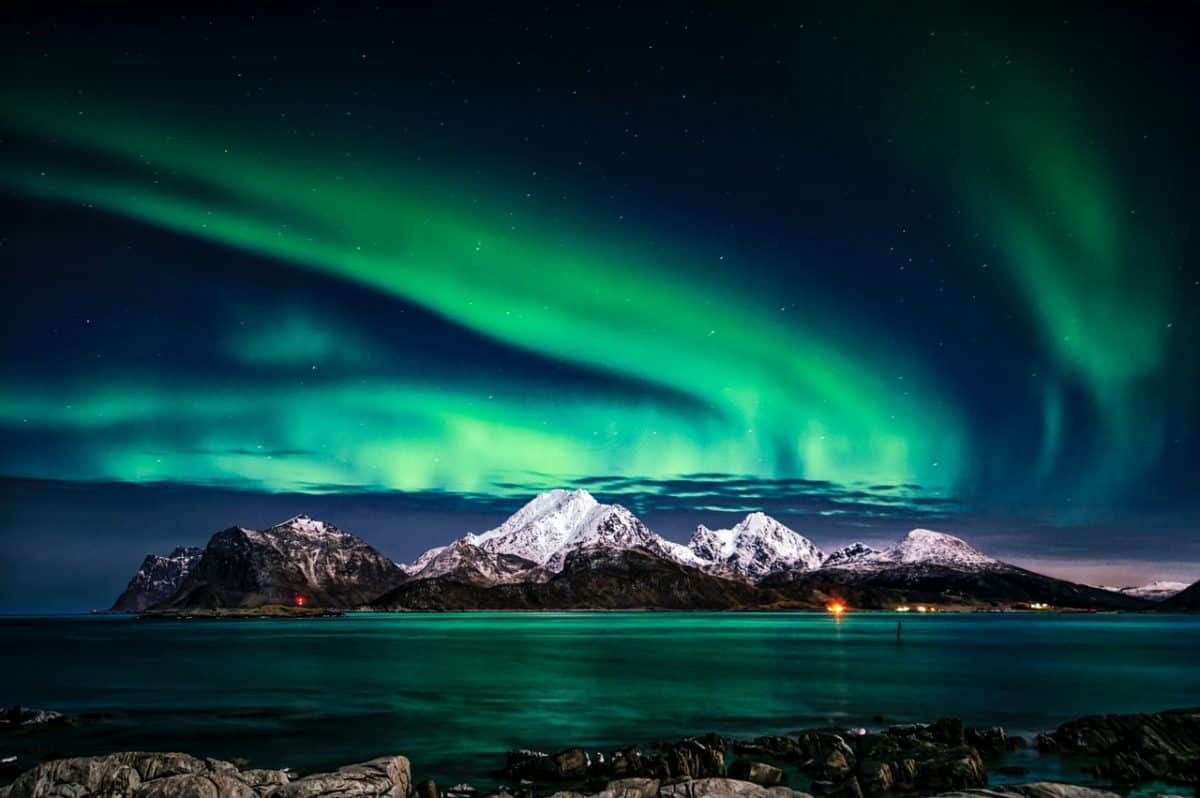 The Northern Lights or the Aurora Borealis is arguably one of the most amazing phenomena to witness in the Arctic Circle. It is also one of the most sought after attractions in Norway. Thanks to being located in the Arctic Circle, Norway is one of the best countries to witness it. As well as several locations to get a great view of the sun’s particles hitting the Earth’s atmosphere, the country is fantastic in its own right with plenty of things to do during the day.

To see the Northern Lights is best accomplished using a hire car. Thankfully, there are good car rental options in the country, especially in the main cities. As such, it is best to rent a car in Bergen or Oslo and start your Northern Lights adventure.

You will find driving in Norway easy as the roads are well maintained, and some of the drives on the Atlantic Coast are a pleasure to experience. Many combine their Northern Lights adventure with a road trip taking in the sights between Bergen or Oslo in the south heading to the north of the country where the phenomenon is more visible. Travelling this way will let you see Norway and her delights, and best of all you get to experience the Aurora Borealis in all its glory.

Before embarking on any trip, it is advisable to check road conditions and make detours if necessary.

To see the Aurora Borealis, it is best to visit Norway between October to March. You can see it in the summer months, but ideally, you need darkness to get the full experience. In the winter the country gets dark from early afternoon to late morning. You won’t be missing out on Norway’s attractions in the winter months as it is a country that never sleeps.

Now you have car rental sorted, and know the best time of year to come, where to go?

You will find Tromsø in northern Norway, and at 69°N, it is one of the best places to see the Northern Lights.

The city is home to 70,000 residents, and it is the largest city in northern Norway. It is known as ‘The Capital of the Arctic’, and many Northern Lights tours can be found here. The only downside to seeing the phenomena in this part of the country is that it does tend to get touristy. Cruise ships dock here, and so tours tend to be busy.

That said, in terms of an experience, Tromsø is hard to match.

Bodø is one of the most southerly points for witnessing the Northern Lights in Norway. Due to light pollution in the city, many head for Mount Rønvik 3kms away. It is still possible to get a good view from the pier in the city, but the clouds have to be on your side. They can and do obscure the view when present.

Not far from Tromsø, Lyngenfjord is one of the driest places in the country. Thanks to the lack of clouds, it is also one of the best places for seeing the Northern Lights. The region is quite mountainous, and there is nothing quite like seeing the lights dance between the mountains that tower above you.

Many of the better photos of the Aurora Borealis come from this region. You can reach Lyngenfjord by car and stay overnight. Seasoned hunters tend to stay for a few nights to increase their chances of seeing it.

Alta is known as the ‘The Town of the Northern Lights’ and is located 375 km north of the Arctic Circle. As well as brilliant viewing conditions the small town has plenty to see and do.

The coastal regions such as Alta and Tromsø have slightly warmer temperatures thanks to the Gulf Stream that ushers in from the Atlantic. Alta has additional protection from mountains that flank the town which is home to 15,000 people.

The location was deemed the best place to study the Northern Lights in 1899 when an observatory was constructed to measure it.

If you chose to see the lights from here, you may want to visit the Alta Museum and see the ancient rock carvings that are UNESCO protected.

Between the North Pole and Norway is the island grouping known as Svalbard. The region is shrouded in polar night which sees minimal daylight during the day. From November to February Svalbard is almost in total darkness 24/7.

Although this may sound a bit gloomy, it does offer some great opportunities to experience the Northern Lights.

If you stay in Longyearbyen, you can add dogsledding and snowmobiling to your list of fun activities while you wait for the phenomenon to appear.

Norway is a great country in its own right and offers the perfect combination of attractions to see things to do, together with seeing one of the greatest light shows in the world.