As popular European destinations become increasingly saturated, Torshavn can offer the perfect escape for people willing to explore off the beaten track. 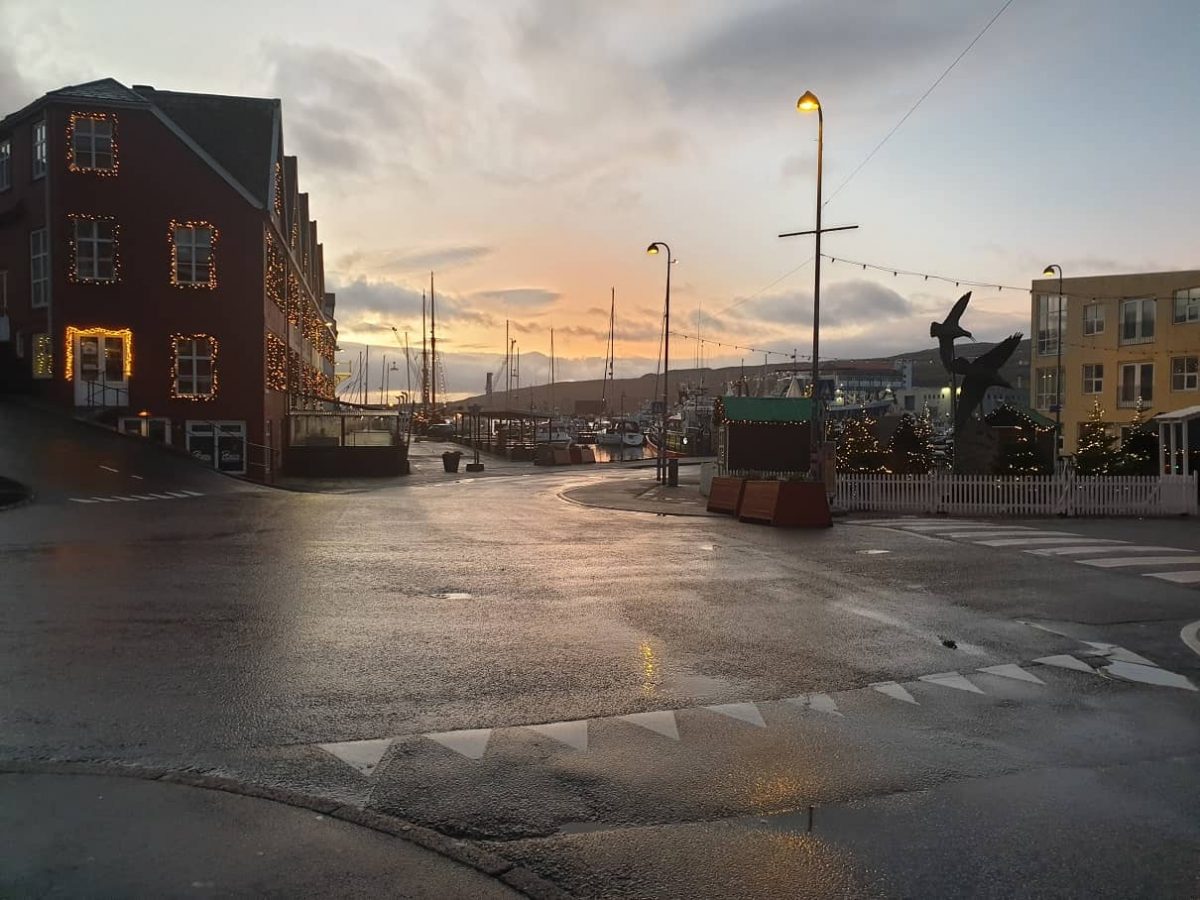 It’s 5 O’clock in Torshavn on a chilly winter’s evening. Dimly lit street lights line narrow roads down to the harbour where fishing boats rest ahead of their next voyage out and brightly coloured houses reflect serenely off the still sea.

As a city populated by just 14,000 people, marooned in the North Atlantic Ocean and exposed to the elements Torshavn can be easily overlooked as a city break. Yet as popular European destinations become increasingly saturated, it can offer the perfect escape for people willing to explore off the beaten track.

Not only does it provide a perfect base to explore the rolling hills, peaceful fjords and breath-taking sea views of the Faroe Islands, but it is also home to many distinguishing features unto itself. You’ll find internationally recognised local designers, hipster bars, independent record labels, and world-class cuisine in a city that punches well above its weight.

But mostly you’ll find some of the cosiest, hygge-esque settings this side of Denmark, which is precisely what I had in store at 5 O’clock one chilly night.

How to get to Torshavn

The Faroe Islands has a single international airport based on the island of Vágar, approximately 45 kilometres away from Torshavn. The flight in is the closest you will come to driving on country lanes in the sky, with commercial jets skirting around the mountainous terrain to find one of the few flat areas suited to a runway.

From there, you can take a bus, a taxi or hire a car to get into the capital. The roads are good and should be no difficulty at all for experienced drivers, but the option preferred by locals is to take a shared cab with a fixed price of 31 USD or 27 EUR. Note that this needs to be booked before arrival. Details can be found here.

The best restaurants in Torshavn are congregated around the old town, where Aarstova, Barbara Fishhouse and Ræst offer up traditional set-menu affairs in an idyllic, rustic setting.

Expect to pay around £100 per person for the full works in Aarstova, which includes a salmon or langoustine entrée, lamb or cod main course and a desert of your choice alongside pairing wines. Expect a similar fare in Barbara Fishhouse and Ræst which both provide comfortable dining in traditional black-tarred wooden houses.

Elsewhere Bitin serves up some fine nordic sandwiches as a lunch option and Etika is highly regarded as a sushi spot.

Torshavn has a late night drinking culture that is more akin to Spain or Portugal than the UK. Bars such as Sirkus on the harbour front won’t open its doors until after 5pm on a weekend with most people heading down after 10pm and staying out as late as 4am.

If, like me, you prefer more conventional drinking hours then Kafé Kaspar or Mikkeller are ideal places to head. The latter offers a traditional Faroese fare in the attic of a grass-roofed Nordic building. Hotel Tórshavn also has a bar on the ground that offers a great selection of local beers.

Where to stay in Torshavn

Torshavn is prepping itself for a relative surge in tourism numbers with two hotels due to open in the capital which will double its room capacity. Hilton is poised to become the first international hotel brand to operate in the Faroe Islands opening a Garden Inn in the second half of 2020 and a four-star hotel run by Hotel Hafnia is also due to open.

Elsewhere, Hotel Tórshavn offers idyllic accommodation on the harbour front with a great bar and restaurant overlooking the port. If you’re looking for something a little more experiential Hotel Føroyar boasts incredible views across the town from a submerged position within the banks of the neighbouring mountains.

It rains 300 days a year in the Faroe Islands. Many buildings rely on insulation and drainage from grass roofs. . . . . #FaroeIslands #Torshavin

The weather on the Faroe Islands is seriously interchangeable. You can experience everything from sun, rain, sleet and snow in any one drive, with weather patterns seemingly shifting between each of the 18 islands that make up the archipelago.

But there is one constant; rain. The islands receive 52 inches of rain per year, with January alone accounting for 6.3 inches on average. In the least rainy period, from May to August, it still rains for 12/13 days per month on average.

Are the Faroe Islands safe?

There’s one thing that doesn’t sell at all on the Faroe Islands; Doorbells. Most residence don’t lock their front doors and friends, family and even postmen will just invite themselves in when they visit.

The one and only prison on the island holds just 12 inmates and has been dubbed the “coolest prison in the world” by Forbes Magazine, with turf roofs and incomparable views of the fjord of Kaldbaksfjør∂ur.

Can you take tours around the island?

The best way to see Torshavn and the Faroe Islands is by taking a tour. Per Hansen of Wilderness Travel is one of the most knowledgeable men on the island having worked at the National Faroese Tourist Board as head of destination development for 20 years.

Hansen was born and raised in the capital of the Faroe Islands, Tórshavn. For 20 years, he He is passionate sharing the history, culture, geology as well as daily life of the Faroese, and has an answer to almost everything you might want to know about these fascinating islands.

Related: Eight of the best things to do in Guatemala