A viral video showed Abdullah Mohammed and young Selva, 4, turning the noise of explosions into a game. 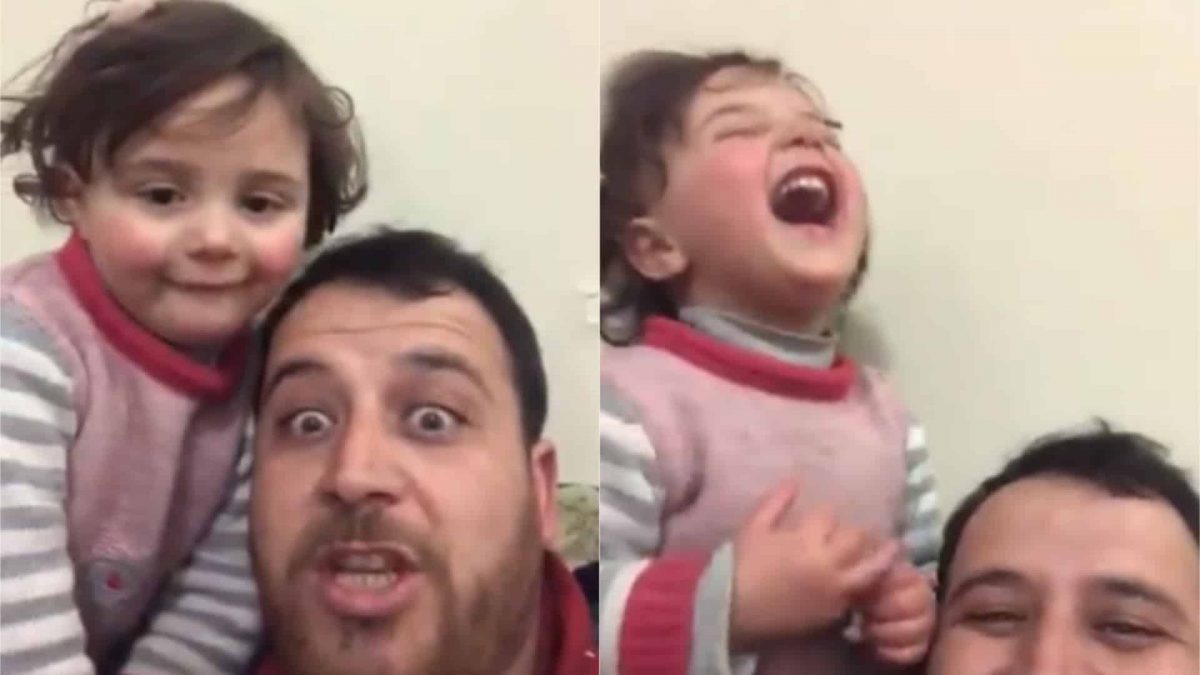 A Syrian father and daughter have learned to deal with the horrors of the country’s ongoing civil war by making a game from the sound of bombs.

Abdullah Mohammed taught his daughter Selva, 4, to laugh every time the sound of explosions is heard outside their home in an effort to prevent her from being frightened.

The family were forced to flee their home due to the Syrian civil war, and have taken refuge with Mr Mohammed’s relatives in the border town of Sarmada.

In a bid to protect his daughter from the psychological damage of the war, Mr Mohammed turned the noise into a game.

In the video, shared on Twitter by his friend, he says to her: “Is it a plane or an airstrike?”

She replies: “An airstrike”, before laughing at the noise.