24 hours in Leipzig: What to do, where to eat and where to stay 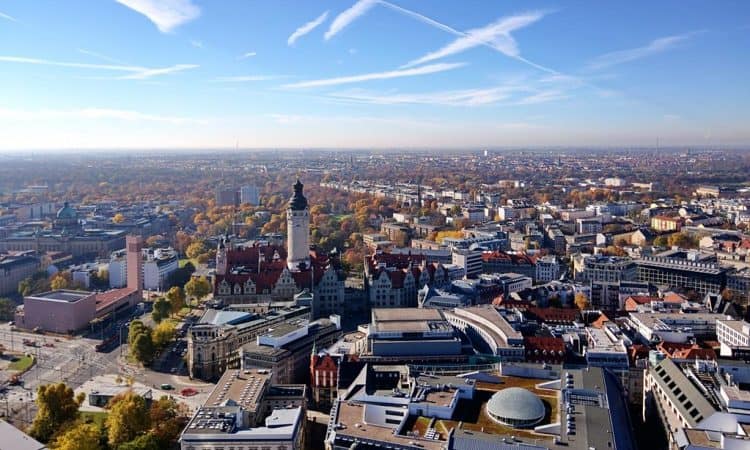 Leipzig, a city generally associated with trade and commerce, may not be at the top of everyone’s travel bucket lists when it comes to European excursions.

Known as Germany’s “Boomtown” its airport is one of the busiest in the World… just not for passengers.

But those overlooking its cultural aspects should have another look.

This is a major cultural centre, offering interesting sights, shopping and lively nightlife.

We took a quick jaunt to the Saxon capital to see what it’s all about.

Leipzig/Halle Airport is a cargo hub (5th largest cargo airport in Europe) but not much of a passenger hub. There are no direct flights from the UK but the city is a one-hour journey by train from Berlin Hauptbahnhof – or under 2h from Berlin Brandenberg Airport with a change in central or south Berlin.

The Hyperion Hotel (Sachsenseite 7, www.h-hotels.com) is a modern, friendly hotel with spacious rooms and a lively lobby bar. Steps from the impressive Leipzig Hauptbahnhof, many of the rooms overlook what was once the largest terminus rail station in the world. Rail enthusiasts will enjoy watching trains (silently!) gliding in and out of the station from the comfort of their hotel room.

Hans im Gluck is a burger restaurant with locations across Germany serving good quality hamburgers and accompaniments in a fun environment.

The Leipzig Opera House has its roots in the 17th century but its current incarnation is a stunning example of post-war GDR public architecture. Built to impress but not overwhelm, there is not a bad seat in the house because after all, no spectator should have an advantage over another. Take time here to enjoy the details in the building and its design, particularly the dandelion-inspired chandeliers throughout the public spaces.

I was fortunate to attend a showing of The Flying Dutchmen, Wagner’s operatic tour de force. The Leipzig Opera company put on a fantastic performance taking us on the rollercoaster that is the love life of Senta, our tragic heroine. The final act of the evening delivered the incredible spectacle of a ghost ship apparently travelling out off the stage, over the orchestra and towards the audience.

Sitting opposite the Opera House on Augustusplatz is another impressive example of the GDR’s efforts to impress with public architecture.

Of all the musical sons of Leipzig, the city is perhaps most proud of Richard Wagner.

Find out all you need to know in the Wagner Museum.

Mendelssohn House is just that – the home of Felix Mendelssohn from 1845 to 1847. The interior has been reconstructed to be as it was in Mendelssohn’s time and indeed his living room is still the venue for many a recital, just as it was when Mendelsohn himself would play for friends, family and the fine people of Leipzig. Tickets for these events are available in advance from Mendelsohn house but they are extremely limited. It is a living room, after all.

His music fell out of favour but was made popular again by Felix Mendelssohn in the 1800s.

Bach is now buried in the church and ‘hat’ portrait of Bach that we all know is housed in this museum.

In fact, it is one of the only surviving representations of him and much like William Shakespeare, when we think of Bach, we think of that single image.

Plagwitz is the place to be for nightlife. Full of quirky bars and cafes reminiscent of the city’s big brother Berlin 100 miles to the north.

Leipzig Zoo is heralded as one of the best in Europe and while zoos might not be everyone’s cup of tea, the zoo features the very impressive Gondwanaland, which can most easily be described as a greenhouse on steroids set in Jurassic Park.

Related: A tropical escape for less than you might think