by Kirstie McDermott
in Jobs 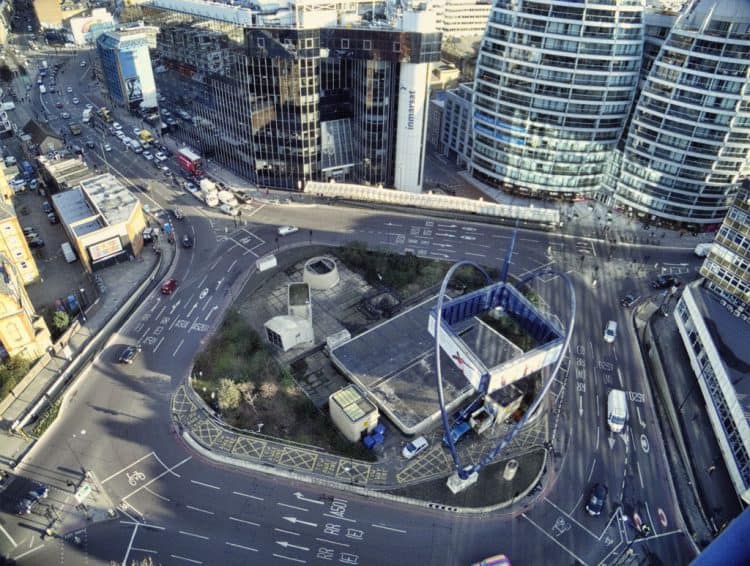 Did you know that in 2020, £3.35bn, or 94 per cent of the UK’s Fintech venture capital, came to London? And while a third of UK Fintech companies are located outside of the capital, the overwhelming majority of activity and funding happens in the beating heart of one of the world’s oldest commercial centres.

From January to May of this year, 950 UK tech companies have raised a combined £12.4bn and in the first quarter alone, firms raised a record £9bn – up from £6.3bn raised in the first quarter of 2021. London continues to assert its dominance globally too, staking its claim as one of the top tech hubs, attracting $66.1bn in venture capital between 2017-2021, almost three times the amount of total funding received by other tech hubs such as Paris, Berlin and Tel Aviv.

There are plenty of UK tech success stories to write home about: Graphcore, a British semiconductor company that develops accelerators for AI and machine learning; Revolut, the online payments and banking service; Deliveroo, the fast-food delivery app which is now at unicorn status, and Cazoo, the online car retailer based in London.

There is also OakNorth Bank, a UK bank for small and medium-sized companies that provides business and property loans, and Zopa, a British financial services company which offers deposit accounts and credit cards. It began as the world’s first peer-to-peer lending company in 2005 and gained a full banking licence in 2020. These are just six of the high-flyers.

The number of unicorns, or startup firms worth more than $1bn (£750m) also reached a high of 29 in 2021. That includes Depop, the fashion resale app which was sold to Etsy for £1.33bn, as well as the car-selling platform Motorway.

So who will be the next big names to know about? We profile three rapidly-scaling tech companies below, and to discover plenty more tech companies which are hiring in the UK, check out the Job Board.

HRtech is a booming sector, accelerated in part by the global move to remote working we saw during the Covid-19 crisis. Oyster is headquartered in Surbiton, Greater London, and has been well placed to take advantage of the current climate. As a HR platform, it has seen huge growth over the pandemic period, closing a Series A round of £16.7 million. Helping companies through the process of hiring, onboarding, it also provides contractors and full-time employees in the area of “knowledge work” with HR services such as payroll, benefits and salary management. With around 470 employees, its growth has rocketed by 542 per cent according to growjo.com, and it has employees across 60 countries.

Your survival guide for dealing with a bad boss

Our interest in delivery services shows no signs of slowing. Zapp’s offer is a little bit different: rather than fast food, it brings on-demand essential items – milk, bread, nappies – to your doorstep, 24/7, in minutes. The company is backed by leading investors and the team has scale-up and exit experience at comparable companies such as Amazon, Jumia, Deliveroo, Tesco, Stuart, and Just Eat. Right now, the app is only available in London, Manchester, Amsterdam, Rotterdam and Paris. It was founded in 2020 and is based in Kent, and is rapidly growing: it has raised £250m in funding and has around 650 employees.

Founded in 2020, Nothing doesn’t just make software, it makes products: its consumer tech is exciting digital technology, designed to remove barriers between people and technology. Wireless headphones in white and black were the first product, and a sleek Android phone has just launched. A suite of smart, connected consumer electronics that will help people to bring back artistry, passion, and trust to the field of consumer technology is Nothing’s vision. Wallpaper magazine has said of the company that its design is “a radical reinterpretation of mobile tech”. It seems many agree: investors include the iPod’s inventor Tony Fadell, Twitch co-founder Kevin Lin, Reddit’s CEO Steve Huffman, and YouTuber Casey Neistat.

Ready to delve into a new tech role? The London Economic Job Board has thousands of opportunities to discover