A number of key global markets have already rolled out fairly sizeable 5G networks for these phones to tap into. Alongside the United States, South Korea and China have some of the most advanced networks. 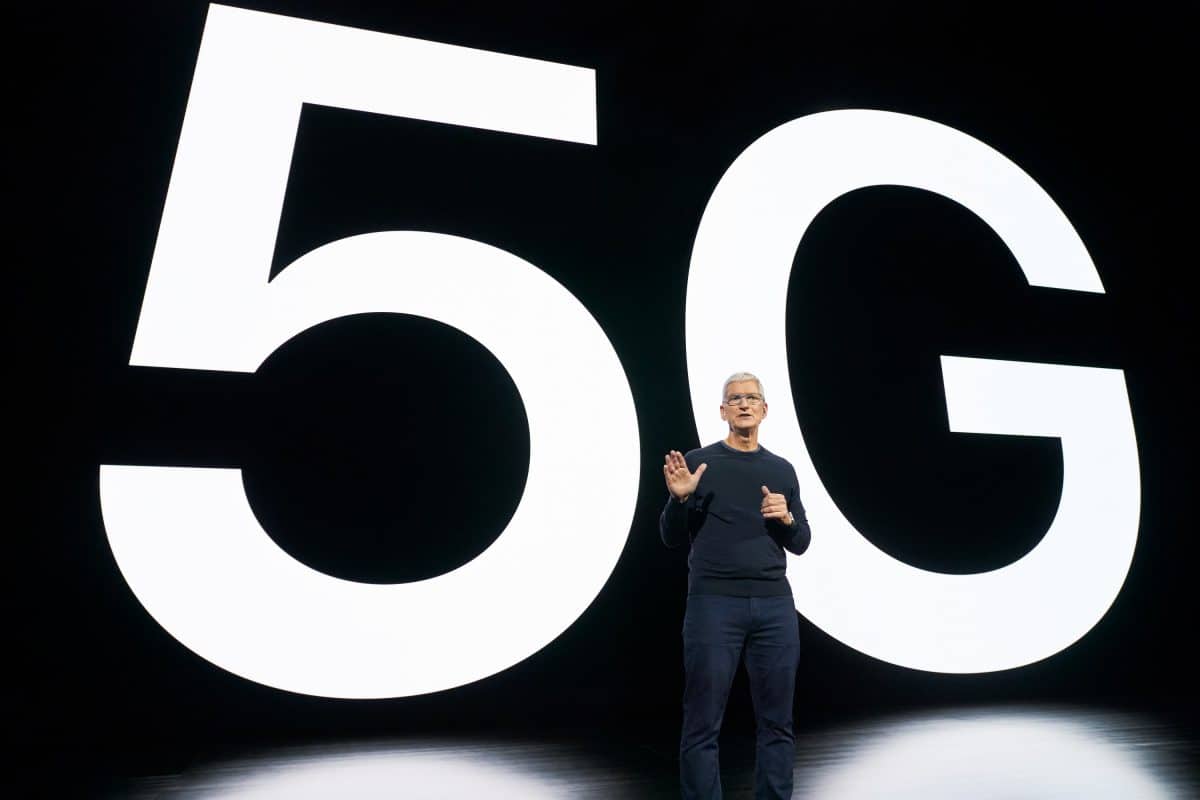 Apple aficionados got news they had long been waiting for last month, when Apple announced its new lineup of iPhone 12s – the first of the company’s smartphones to support 5G network connections.

Which type of 5G connection, however, depends on the market. Only American users of the new iPhone 12 will be able to take advantage of “super-fast” millimeter wave (mmWave) 5G networks. Customers in the UK and Europe will instead be limited to lower-band networks, which deliver slower speeds but cover broader areas and are easier to deploy.

Of course, telecommunications networks operate across a range of spectrum bands, and 5G will be no exception in working across multiple bands to ensure coverage in different areas. Between them, low-bands (like the 700MHz supported by the European Commission) and mid-bands (for example, 3.5GHz) will deliver wireless speeds several times faster than even the best 4G connections currently available.

Apple and Europe: both playing catch-up on 5G

While the iPhone 12 is a big development for Apple and its customers, the introduction of 5G-compatible phones is a milestone some of Cupertino’s primary competitors hit months, if not over a year ago. Samsung introduced its Galaxy S10 in May 2019, with Huawei’s Mate X following later that summer.

A number of key global markets have already rolled out fairly sizeable 5G networks for these phones to tap into. Alongside the United States, South Korea and China have some of the most advanced networks currently deployed, with 85 cities in South Korea and 57 cities in China sporting 5G connectivity in January of this year.

By contrast, the UK and continental Europe were both struggling to keep up, even before the onset of the Covid-19 crisis and the economic turbulence sparked by the pandemic. Indeed, the reason for the discrepancy between American and European buyers of the iPhone 12 is that the European Union was already two years behind the US in terms of mmWave deployment last year, when Brussels finally set aside 5G bands across the whole of the EU. Even now, Apple customers across Europe will have to pay attention to whether 5G networks are available in the locations where they’ll be using their devices.

A story of digital inequality

The response to these shortcomings on the other side of the Channel offers important lessons for the UK. After months of confinement, during which telecoms networks transformed into vital lifelines allowing work, school, and social life to continue across much of Europe, policymakers in Brussels and in the European capitals became much more vocal about the EU’s slow uptake of 5G. The question is whether they’ve made the right plans – and allocated the right investments – to make up for lost ground.

Like so many other aspects of the “single” European market, the actual progress of 5G varies widely not just between countries, but even within individual regions. The most recent edition of the EU’s Digital Economy and Society Index (DESI), released by the European Commission, points to extreme contrasts in how EU countries score on ‘connectivity’, in no small part because of discrepancies in their ‘5G readiness’.

Through the end of March, when the full onslaught of the first wave of Covid-19 was being felt in Europe, 17 EU member states had gotten as far as allocating 5G spectrum (including low-, mid-, and mmWave-bands) between carriers. Only four governments – Germany, Finland, Hungary, and Italy – had allocated at least 60% of their spectrum. While the UK, with barely more than 20% of its spectrum allocated, trailed far behind, 11 EU countries – including Greece, Bulgaria, and Cyprus, but also the Netherlands and Estonia – had not allocated any at all.

The pandemic knocked back many of the 5G spectrum auctions scheduled this year. The European Commission’s vice president for digital, Margrethe Vestager, implored national telecoms ministers in May to “keep up the pace” in assigning 5G spectrum, a complex regulatory process that requires national authorities to set out robust and equitable licensing rules to determine the structure of their telecommunications markets. The Commission’s internal market commissioner, Thierry Breton, acknowledged in September a four-month overall setback for the EU’s 5G plans.

In concrete terms, all this means millions of consumers both in the UK and across the EU are being offered 5G-compatible smartphones by the likes of Apple, Samsung, and Huawei, without adequate 5G networks to connect to.

Costs of delay and returns on investment

Of course, making up for lost ground on 5G matters not just for smartphone buyers, but for the entire continent’s post-Covid economic recovery and digital future. The worst performers on DESI – Bulgaria, Greece, Romania, and Italy – are the same countries which stand to benefit most from reaching digital parity with northern Europe. As new findings from Censuswide in the UK illustrate, consumers themselves understand 5G is a building block for the digital economies of the next decade. With Britain following the rest of Europe towards a Covid-driven spike in youth unemployment, 5G will be vital to fostering new industries geared towards young people whose futures have been upended by the second historic economic crisis in as many decades.

In one of its few silver linings, the pandemic may have helped convince Brussels to help lagging member states get there. As Commission President Ursula von der Leyen has made clear, the €750 billion in Next Generation EU stimulus spending being directed towards the EU member states is meant to fund a “twin green and digital transition.” As national governments now submit their recovery and resilience plans for using that money to the EU, the issue of investment in Europe’s 5G networks is already front and centre in the conversation.

The UK won’t be able to access this EU stimulus spending, but that does not mean the country can afford to slow down in its own 5G rollout. Instead, according to findings from the Centre for Policy Studies, speeding up the rollout to cover 75% of the population by 2027 (instead of 51%, the current target) could contribute as much as £41 billion to Britain’s GDP over that span.

The implications for Downing Street and for Chancellor Rishi Sunak are clear. As Boris Johnson’s government considers how it will support British carriers as it pushes them to undertake the daunting and costly task of extricating Huawei components from their networks, it will also need to decide whether to embrace the levels of investment needed for Britain’s digital economy to keep pace with Europe – and the world.