Designed as the marque’s halo car, the Polestar 1 combines unique aesthetics and intelligent engineering into one rare, enticing package 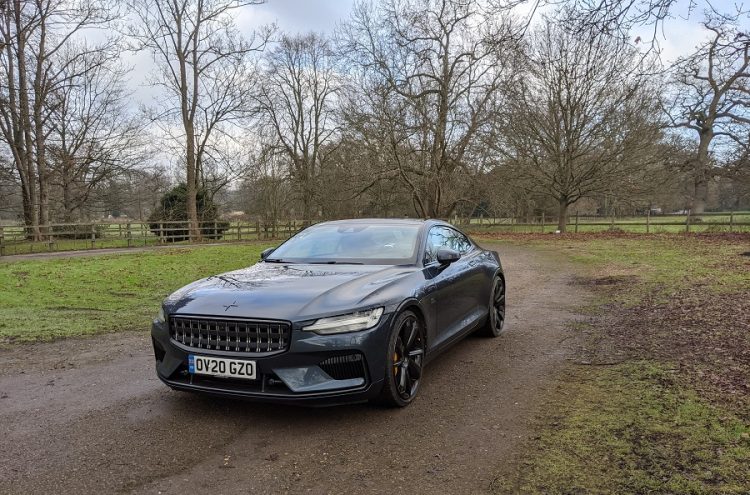 Finding a good plug-in hybrid electric vehicle (PHEV) has been akin to finding examples of Boris Johnson telling the truth. It’s like finding a needle in a haystack. So often they simply take the worst of the battery world, the worst of the combustion engine world and throw both into a dysfunctional marriage. They don’t like working together, they’re unsure of when they should speak up and the result is underwhelming. It was with some interest, therefore, that I awaited the arrival of the Polestar 1.

At that price point you have the luxury of choice. Aston Martins, Bentleys, Range Rovers, top end Audis, Mercs and BMWs. Why take a punt on the offering of an upmarket Volvo? We’ll find out exactly why.

What does the Polestar 1 give you?

If nothing else, the rarity value will undoubtedly appeal to those of a contrarian disposition. You see those other brands on the road all the time. Ever seen a Polestar 1? Probably not. So, you’ll certainly have something that very few others have.

The Polestar 1 is also intriguingly engineered. It’s fitted with a 2.0-lite twin-charged inline four Volvo engine. Twin-charged means that it is both super and turbo charged. It produces 305bhp. This engine drives the front wheels in partnership with battery number one, which adds 67bhp into the mix. Then there are batteries two and three powering the rear wheels, offering 229bhp.

Add all that up and you’ve got 601bhp at your disposal and 1000Nm of torque. When everything is charged up and ready to roll, 0-60 is dispensed with in just 4.2secs.

This results in exceptional power delivery. There is no lag. No waiting for everything to click into gear. The batteries and the engine work harmoniously at any speed. The purpose of twin-charging the engine is to focus on consistent power delivery, and it dovetails perfectly with the batteries.

The rest of the setup is geared towards refinement, too. Billed as a GT, this is an area that the Polestar 1 had to deliver on. The ride is firm, but not in a bad way. It retains a sense of connection with the road and it always feels planted. In faster bends there is a bit of body roll, but nothing unexpected.

Incredibly easy. I was concerned that the batteries may pose an issue. Lose their charge and you’re suddenly left with a 2.0-litre Volvo engine in your very expensive GT. Sexy. Polestar, however, have that covered.

Whilst the Polestar 1 always starts up in hybrid mode (all wheel drive, pure electric and performance are the other options), you can instruct it to hold its battery charge. You can also instruct it to charge the battery from the engine. Whilst this is a hideous contradiction in terms of reducing emissions, it does mean that you can put power back into the batteries in anticipation of some more spirited driving.

It also means you’re never left alone with just 305bhp to work with. Not that the Polestar 1 is slow in any mode. On pure electric, it still takes off with enough chutzpah to keep you entertained. The Polestar 1 can also drive on electric only up to 80mph. With a range of 77 miles, this means that you can cover off most journeys using electricity alone.

When it does change its power delivery, the shift is imperceptible. There’s no panicked roaring into life of the engine, just a soft perking up, ready for business.

The downside? Space is at a premium. The rear seats do have ISOFIX and I did get my son’s car seat back there, but it’s not a long-term option. Nor is it an option for adults. Rear seats, really, are for emergencies and auxiliary storage, because the boot isn’t very big at all. You’d get all you need for a weekend away in there, though. The weekly shop? Perhaps not. Comparable cars suffer from comparable issues. It’s just the compromise you’ll have to make when purchasing your next super-GT.

The Polestar 1 is at home as a GT. I drove 650 miles in it, including a day trip to Leeds from my home in Walton. I can think of few cars that would’ve done the journey better. It belongs in the same bracket as those other marques mentioned before.

Around town it’s perfectly amenable. The electric only driving means it can be whisper quiet and unobtrusive. Being left hand drive will no doubt deter a few potential suitors. The Polestar 1 is 2.23m wide and feels wider than that. It took a bit of getting used to.

The firm ride does mean that you’re aware of potholes and speed bumps, but the cabin doesn’t clatter around over them. The Polestar 1 is always relaxed, which makes it such a competent cruiser.

At night there are neat touches, too. Active bending headlights swivel in line with the direction of steering. The interior lighting wraps around the cabin subtly. You can sink back into the comfortable seats and enjoy the Bowers and Wilkins stereo (which, for some reason, isn’t quite as good as the system they fitted in the McLaren GT). The only thing missing is air conditioning and a massage function in the front seats.

On the motorway, there is plenty of mid-range power to keep you on track. But what’s it like on a B-road? Weighing in at 2.3-tonnes, there is no escaping that the Polestar 1 is a heavy car. The carbon fibre elements are very much for show. Yet you only really notice the weight under heavy breaking, which is the only time the Polestar 1 threatens to lose its composure. Along a B-road there is some body roll, but there’s really nothing unexpected. The steering is accurate and the throttle responses sharp. You can enjoy it.

There’s an awful lot of choice at £139,000, but the Polestar 1 doesn’t feel out of place on the shortlist. You could save yourself a few quid and get a Lexus LC500, or spend a bit more and get a Bentley Continental GT. The discussion on price, however, misses the point about this car.

The Polestar 1 is a unique, exceptional and intriguing offering. There’s nothing else quite like it. They’re rare as hens’ teeth and look superb. Understated, but differentiated from anything else.

What the Polestar 1 showcases most boldly is that it’s possible to make a good PHEV. In fact, it’s a shame that Polestar won’t be dabbling in hybrid vehicles again, with the rest of the range, from the Polestar 2 onwards, being electric only.

There’s real clarity to the Polestar 1. The changes you can invoke in it are subtle yet telling. Pure electric through to performance all offer something different. It’s always purposeful in what it does. PHEVs aren’t usually like that, more often than not being confused.

So often the worst of both worlds, the Polestar 1 delivers a hybrid that is the best of both. It demonstrates what is possible. Given the direction of travel, the window of opportunity for the hybrid is narrow, with a ban on their sales due for 2035. That only adds to the rarity of the Polestar 1. A car not without its foibles, but one that stands out as interesting and unique in the most positive of ways. It was always going to take something special to rub shoulders with the competition at this price point, but the Polestar 1 does just that.