Bentley’s Continental GT is designed to bring together performance, aesthetics and comfort – how well does the W12 iteration meet its objectives? 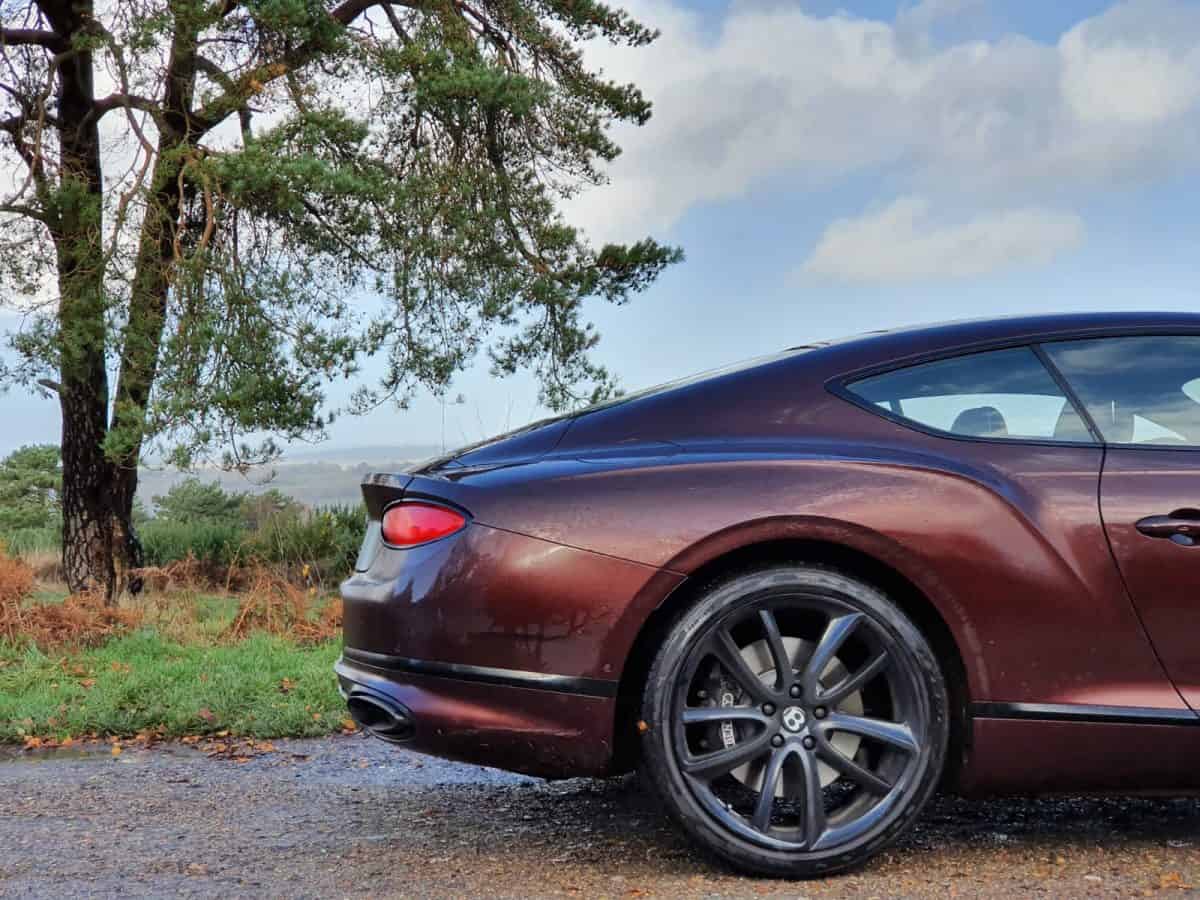 Driving during lockdown is a curious activity. It needs purpose. You can’t just head out for the sheer hell of it to enjoy the open road and take advantage of quieter times. Everyone is supposed to stay put, tentatively leaving only for essentials.

As a result, grand touring is off the table at the moment. There’s no continent crossing to be done, no heady mix of Alpine passes and coastal roads to be enjoyed. This review being essential, however, I did manage to put some miles on the clock of this Bentley Continental GT’s 6.0 litre twin-turbo W12 engine.

They say you shouldn’t judge a book by its cover, but that’s where the all important first impression is formed. The model which arrived from Crewe was painted in what Bentley calls Cricket Ball. Note, not Cricket Ball Red, just Cricket Ball. Not for Bentley the trivialities of limited overs or day/night cricket. This is designed to carry the deep red of a brand new Dukes ball, freshly plucked from the box ready for the first ball of the first session of the first Test of the English summer. This is probably as close as you’ll get to being inside a James Anderson delivery: quicker options are available, but few can match it for skill, accuracy and the ability to play its role.

The attention to detail in the interior is exceptional too, with all bases covered for long journeys ahead. The seven-setting massage seats add an extra dimension when wafting along in comfort mode and the infotainment system, an area the VW group has nailed across the board, is intuitive and easy to use. I had my phone synced and ready to play my music in about 30 seconds. Detailing right down to aspects such as the ambient mood lighting and raising the suspension are easy to find, which is useful if you have a steep driveway. The diamond knurling on the dials and door handles also lends a familiar sense of touch to all components. It’s those little touches that speak to the level of attention to detail that went into this car.

The three-sided rotating centre console also enables you to change the mood – the touchscreen can be swapped for three analogue dials displaying the temperature, a compass and a stopwatch. With double glazed windows, it’s a luxurious place in which to quietly while away a few hours, the cabin firmly keeping the outside world outside, which is a nice feature in the year 2020 with everything that’s going on.

It glides along, as you would expect, with consummate ease. Speedbumps and potholes don’t leave you with the impression of a fragile car that can’t take anything at over 1mph. For all its size – it’s nearly five metres long and over two metres wide – it doesn’t feel that hefty behind the wheel. Parking in the supermarket was no problem, with the assistance cameras making it incredibly easy. There’s also an option to make the car park itself.

Once you’ve completed your shop it’s time to get those essentials in the boot, in which there is plenty of space in the Continental. You can get a cricket bag in here without issue, so what else do you really need?

In the back, Isofix made transporting my three-year-old son around very easy, although you probably wouldn’t want to be an adult in the back for a long-haul trip. It’s not as cramped as some other 2+2s though, so it offers a realistic family option if that’s your direction of travel. The two USB charging sockets would help keep the kids entertained back there.

In an attempt to pit the Continental against a range of scenarios, I drove it to both Wycombe and Ashdown Forest from my home in Walton. The trip through the backroads of Virginia Water, Sunningdale, Ascot and Windsor towards Wycombe are natural territory for this car – it blends in as seamlessly as a Patek Phillipe watch or a Birkin handbag.

Whilst it attacks the B-roads well, the sheer weight of this car at 2.24 tonnes does start to show. There is a sport setting which subtly exaggerates the exhaust tones and piles more of the 629bhp to the back wheels, but on a wet November weekend I’m quite sure I’d have run out of talent pretty quickly in that setting. The Bentley setting offers everything you’ll need, but if you’re a lunatic, sport mode would certainly make this car an engaging track day runner.

Taking the motorway back home, however, is where this car really came into its own. It’s staggeringly good in that environment. The pickup in acceleration from mid-range speeds is astonishing, with a quick squeeze of the right foot summoning your own personal Jeeves who politely enquires, “where to, Sir?” To which you reply, “the horizon.” “Very well, Sir.” Then hey presto, you’re at the horizon. It’s as simple, polite and unfussy as that.

The W12 engine will propel you from standstill to 60mph in 3.6 seconds, then onto 100mph in another 4.3 seconds. It’s that 60-100mph acceleration that makes it so good on the motorway and it will keep on pulling all the way to 207mph.

If you can resist a heavy right foot, the fuel consumption on the motorway is surprisingly good, comfortably exceeding 30mpg in cruise control. I opted to deploy comfort mode and have another massage en route home from Ashdown Forest, where it had again comfortably navigated tight, twisting and in part flooded B-roads.

Another point to note here is how calm this car can be. Getting caught in a torrential downpour on the M25 with negligible visibility, the adaptive cruise control added a welcome layer of protection against anything unforeseen up ahead. Often a stressful driving scenario, the Bentley kept itself and its driver composed.

The grand tourer concept is seemingly shifting, with moves away from 2+2 seating arrangements and some of the comfort being sacrificed for a bit of extra welly. It’s a genre that sparks debate like few others and you can sense the fine lines that the Continental is treading; the need for speed and agility, yet also the requirement to offer unparalleled comfort for those long journeys.

This results in necessary compromises. For all the might of the engine, there’s very little theatre to be had, not least from a surprisingly mute exhaust. From time to time it would be nice to hear it sing, but the sense of overall refinement overrides this – it’s all very polite. The seatbelts, too, can’t quite decide whether to pin you down to the seat or leave you in peace, clinging on a bit too long to your collar bone after a bout of acceleration.

For long journeys, however, with consideration to just how good this car is on a motorway, it’s difficult to conclude anything other than that Bentley have nailed the grand touring brief. Again. This isn’t a car for uncouth B-road bashing and it doesn’t demand to be driven on the edge. A trip from London to Scotland wouldn’t phase you, with the 90-litre fuel tank offering a 465-mile range that would get you from London to Edinburgh without needing, or wanting, to stop. It’s even a journey that you might just undertake for the sheer hell of it in this thing. And that, really, is what a grand tourer should be about.

Related: Escape to the country: Surge in city dwellers inquiring about homes in villages