The Lamborghini Urus takes the SUV concept and infuses it with Lamborghini. Can it really be a Lambo, though? 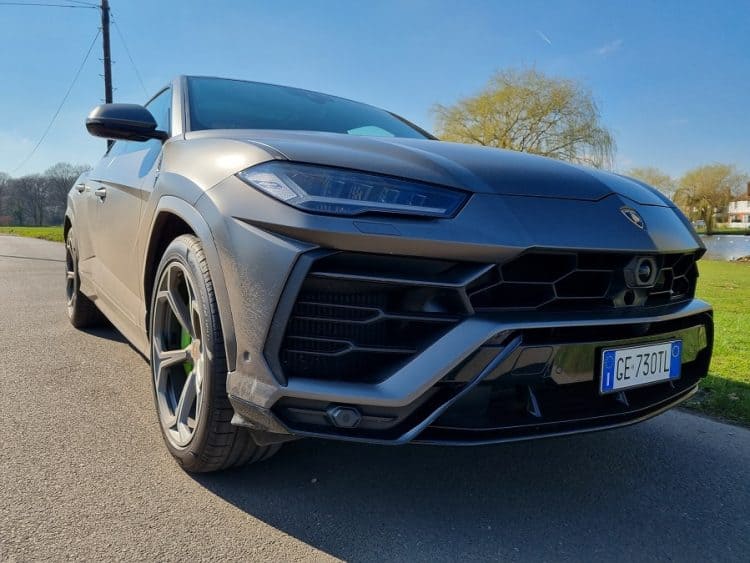 Some things don’t make sense. Life advances too quickly for them to. This thought crossed my mind when a Covid induced boredom left me watching the rugby. There are these big, svelte forwards running 100m in 11secs. The last time I watched rugby, they were lumbering units, now they are chiselled specimens. Something similar has happened with 4X4s on the road. No longer unapologetic off roaders, they are off roaders, people carriers, luxury vehicles and super cars all rolled into one. Step forward the subject of this review: the Lamborghini Urus.

Lamborghini has a history in the off road market. It started in tractors and dabbled in the military vehicle market in the 1980s with the Lamborghini LM002. Gas guzzling V12s weren’t desired on the frontline, although they sold a few hundred to folks such as Sylvester Stallone, Tina Turner and Mike Tyson, as well as a fleet to Colonel Gaddafi.

Now that we’re in the age of the super SUV, Lamborghini has thrown its hat into the ring once more. 15 years ago, the idea of Lamborghini producing anything other than a poster perfect super car would’ve seemed preposterous. Consumers love SUVs, though. They sell incredibly well. So, is the Lamborghini Urus a crass marketing exercise aimed at boosting the Lamborghini coffers, or is it genuinely worthy of the raging bull badge adorning its bonnet?

Living with a Lamborghini Urus

I wasn’t too sure what to expect from the Lamborghini Urus at first. Sure, it’s big and imposing, all sharp creases and jagged edges – it looks every inch a super SUV. It’s a Lamborghini, but also a family car; could it cross the divide and satisfy both intentions?

It certainly fits the family billing. The model tested was fitted with interior carbon and upper and lower leather options and the quality of the interior is impressive. Everything is crafted brilliantly and, for some reason, it was a lot better than I was expecting. The seats are supremely comfortable, heated and ventilated with massage functionality.

The infotainment system is on the money, too. It’s at this point that the shared learnings from across the VW Group are obvious. The setup is unmistakeably Audi, with a Lamborghini twist. That’s no bad thing. I really like the twin touchscreen set up used by Audi and it is put to effective use in the Lamborghini Urus.

The quality of the interior and elements of the ride quality have elements of Bentley to them. Again, that’s no bad thing. It feels like the Lamborghini Urus has brought together some of the best elements of its relatives.

Obviously, there’s loads of room in the Urus, too. An airport run transporting four adults and all their luggage was ticked off with consummate ease. Throw in Isofix to lug the kids about, cylinder deactivation and a plethora of luxury trimmings and you can quite quickly forget that you’re driving a Lamborghini. More than once I found people looking at it and wondered what on earth they were doing. Then you catch a glimpse of the logo on the steering wheel. Oh yeah, this is still a Lamborghini.

Fitted with a 4.0-litre biturbo V8 producing 650hp and 850Nm of torque, 0-60mph takes 3.6secs. Rolling acceleration is even more savage, making the Urus a superb motorway companion. The acceleration of this 2.2-ton SUV has to be experienced to be believed. It’s astonishing.

The driving modes all offer something different. In strada, whilst it’s never slow, you can forget what sits beneath you. Through sport and corsa, the Lamborghini Urus snarls and snaps at you. In corsa the gear changes provide the neck snapping quality of the Lamborghini Aventador. Little things like that show the thought that has gone into the Lamborghini Urus.

The exhaust also snuffles and growls like lucifer with Covid in corsa. Stamp on the throttle and all hell breaks loose. Get it onto a decent B-road and the Lamborghini Urus continues to impress. It’s fitted with active anti-roll bar technology like that found in the Audi RSQ8 and Bentley Bentayga, but it’s slackened off slightly. Whereas the RSQ8 stays bolt upright in corners, the Lamborghini Urus offers a more organic feel. It leans into and spits you out of corners pleasingly. Sure, it’s not an Aventador, but the gap out on the road really isn’t the chasm you’d expect.

The steering isn’t the final word in feedback, but it is accurate and precise. You can thread the Lamborghini Urus along your favourite road easily. It’s also, quite remarkably, not as wide as the Aventador. I wouldn’t describe it as narrow, but it never feels as monstrous as it appears.

The Lamborghini Urus is, unmistakeably, a Lamborghini. Except for when it’s idling in traffic and you forget. It does a brilliant job of being both Lamborghini and family car, pulling together the best of the VW Group into one compelling package. It’s outlandish, brutish, in your face; subtle, amenable and comfy. These super SUVs must be all things to all drivers. If you can only have one car on your drive that needs to satisfy every plausible scenario, then the Lamborghini Urus is hard to ignore.

The super SUV space has become an arms race of late, with manufacturers falling over themselves to produce the fastest and ‘the best to drive’. Cliché alert, but the Urus does bring with it undeniable Lamborghini DNA. It stands out from the crowd with its unique aesthetics, a hallmark of the marque. Then it puffs out its chest and raises a few pulses when required. If you don’t see it, you’ll certainly hear it.

I was taken in by the Lamborghini Urus. I was unsure at the outset if it was just a crass marketing exercise. It has certainly succeeded in swelling Lamborghini’s coffers; 5,021 were sold in 2021. That’s twice as many as the Hurucan (2,586) which sold thrice as many as the Aventador (798). Love it or loathe it, the Urus has been a massive success for Lamborghini.

Related article: Lamborghini Aventador S review – raging against the dying of the light