MPs are also in line to get a £2,200 pay rise next month that comes against backdrop of significant economic hardship for many Brits. 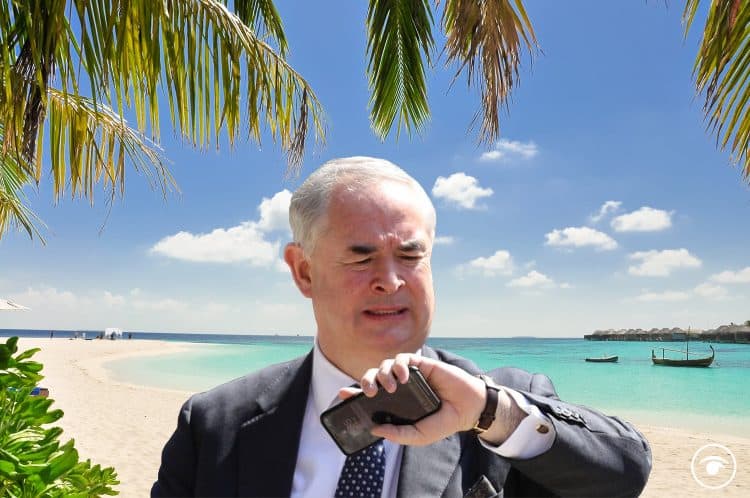 Plans to limit MPs’ earnings from second jobs have been abandoned, just months after the issue sparked a sleaze scandal that engulfed Boris Johnson’s government.

According to The Guardian, ministers told the Commons standards committee that a time limit or cap on outside earnings would be “impractical”.

Johnson had pledged to clamp down on second jobs following the Owen Paterson lobbying scandal and outrage over Geoffrey Cox, who has been paid nearly £6 million as a lawyer since becoming an MP, even voting by proxy on days he was being paid to work for outside interests.

But in a submission to the Commons standards committee, ministers revealed they no longer back such limits.

The verdict, from Steve Barclay, the chancellor of the duchy of Lancaster, and Mark Spencer, the leader of the House of Commons, said: “It is the government’s initial view that the imposition of fixed constraints such as time limits on the amount of time that Members can spend on outside work would be impractical.

“The imposition of time limits would not necessarily serve to address recent concerns over paid advocacy and the primary duty of MPs to serve their constituents. It could be possible, for example, for a Member to conduct work within the accepted time limits but that does not necessarily mean such work is ‘appropriate’ even if it did not constitute ‘paid advocacy’.

“In respect of a cap on earnings from outside work to impose such a limit could serve to prohibit activities which do not bring undue influence to bear on the political system. Earnings from activities such as writing books for example, would not preclude Members from meeting their principal duty to their constituents,” they add.

The government instead said it would back reforms “restrict the type of outside work which MPs are able to undertake” but did not set out what these should be beyond supporting the current proposal to ban “paid parliamentary advice, consultancy, or strategy services”.

Ministers plan to make a final decision after the consultation is finished, when the committee will produce its final report.

It comes as the Committee for Standards in Public Life put forward its own proposal for an “objective means of setting reasonable limits” on earnings by MPs from second jobs.

“We believe the Standards Committee and the House should set an indicative limit of hours and remuneration, with a rebuttable presumption that paid outside employment exceeding those limits would be considered unreasonable,” its chair, Lord Evans, said.