The original luxury SUV, the Bentley Bentayga pioneered a surprisingly competitive market – we find out what the latest iteration of the fastest selling Bentley of all time is like 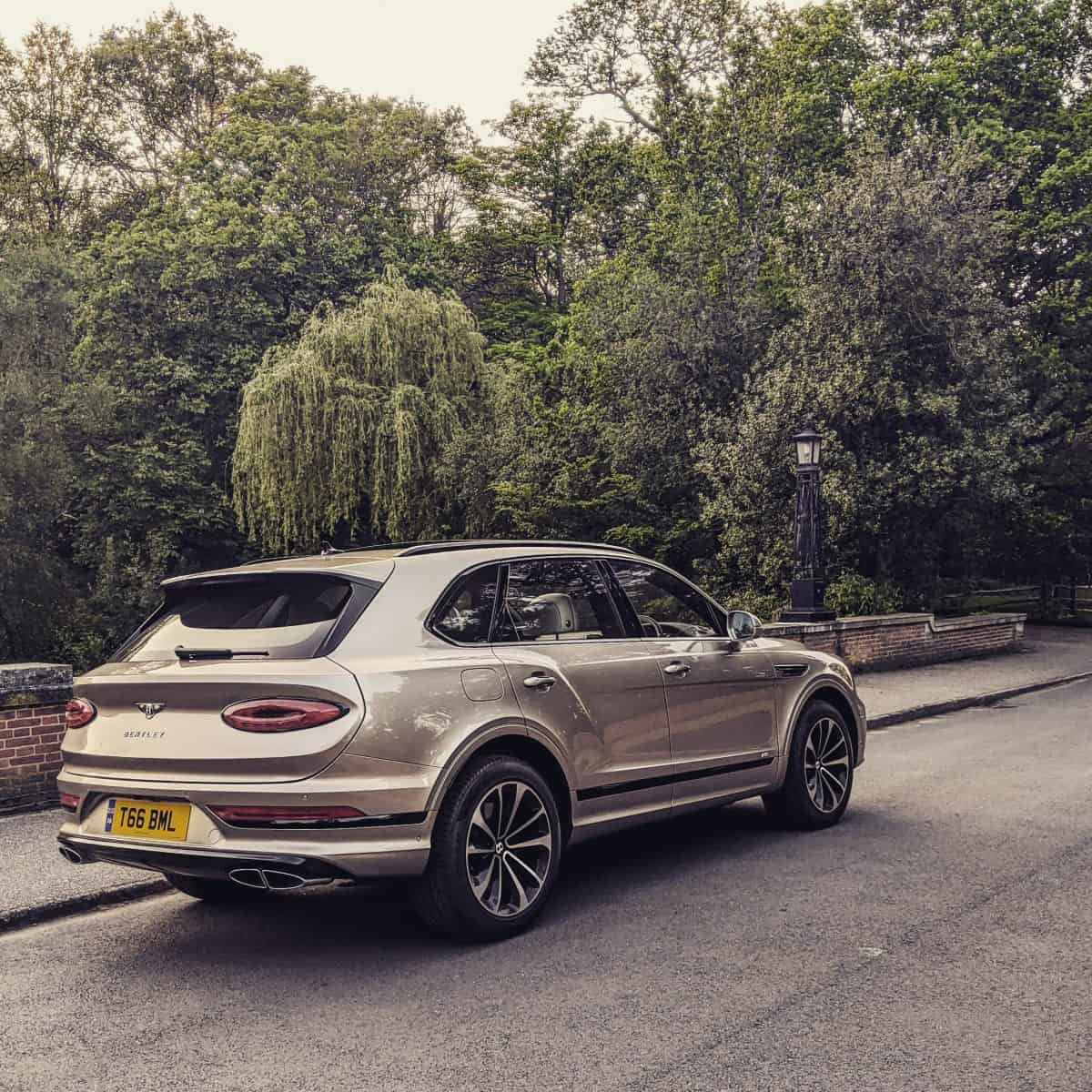 The easing of lockdown restrictions in the UK has provided a welcome opportunity to spend time with people you’re not related to, either in pubs or even in other peoples’ houses. This is a good thing. We moved to a new house last November and no one other than us has seen the place. Opening the door to familiar faces has been most welcome. The downside has been an increase in traffic on the roads, particularly over the late May bank holiday weekend

If you are to sit in Friday night traffic on your way up north to visit friends for a weekend, there are worse cars for the task than the Bentley Bentayga. On paper, it ticks all the boxes: massage seats, loads of room and a fantastic stereo.

Bentley has given the Bentayga a face lift from the first edition that hit the market in 2015. Then, it was a pioneering luxury SUV, tapping into a seemingly insatiable demand to sit high up and have loads of space. It became the fastest selling Bentley in history.

Other manufacturers cottoned onto this and the luxury SUV market is surprisingly competitive. There’s even a super-SUV market running parallel to it. As a result, the Bentayga has several mandates to fill in order to remain at the top of the pile.

It must be luxurious, obviously. It must be spacious. It must be fast. It must tackle every terrain. That’s an awful lot to cram into a single vehicle. So, has Bentley managed it?

Short answer: yes. The Bentayga nails its brief. The 4.0-litre twin-turbo V8 kicks out 542bhp and 770Nm of torque. This propels it from 0-60mph in just 4.4secs. So, it’s not slow by any stretch of the imagination. At cruising speeds on the motorway, you could be forgiven for momentarily forgetting that such an engine exists out in front of you, so quiet and refined is the ride.

When you need to pick up the pace, plant the right foot and the Bentayga, after a momentary pause whilst it awakens from its slumber, bristles towards the horizon. There’s nothing overtly theatrical about it, the V8 emits a humble rather than ostentatious rumble, you get pushed back into the plush leather seats and next thing you’re a lot closer to the horizon than you were a moment previously.

I spent a lot of time on the motorway in the Bentley Bentayga. We visited friends in Tutbury, which involved the trudge north involving the M25, M40 and M42 on a Bank Holiday weekend Friday night. It was one of the least stressful, stressful drives I’ve undertaken. The Bentayga emits a near constant air of calm which is eminently soothing to driver and passengers alike.

It really is an exceptional motorway car. On the way back I took the M1 and with less traffic around it floated home. The adaptive cruise control works well, the air-conditioned seats prevent a ghastly sweaty back and you don’t really feel the need to interrupt the journey for a comfort break. I was expecting the Bentley Bentayga to be good in this environment, but the refinement in the ride exceeded that. You just glide over the tarmac without being disturbed by its imperfections, the self-levelling air suspension and Continuous Damping Control working wonderfully.

It’s also near silent. Given the sheer size of the Bentley Bentayga, a bit of wind noise could be forgiven, but there isn’t any. The 21” wheels on the model tested (optional 22” are available) didn’t intrude on the cabin and at 70mph the engine is ticking over at around 1600rpm. It’s an incredibly serene experience.

We said that it needs to be fast, so what’s it like away from its comfort zone? The Bentley Bentayga isn’t necessarily a car that rewards you for driving it quickly, but out on a flowing B-road or even the twisty, narrower lanes provided by the Surrey Hills, it makes good progress in an unfussy way. Selecting sport mode gives a sharper throttle response and a slightly more aggressive note from the exhaust. The only complaint is that the gear box is slow to respond when you suddenly call for a down change.

It will do the fast stuff and you can throw it into corners, but there’s no hiding the 2.4-tonne weight. The 48V active anti-roll bar keeps it astonishingly upright when you do push it and it’s far more agile than you expect it to be at first sight. The steering isn’t set up for this sort of thing, being light on feedback. It still impresses here, though, because a car this size has no business being even vaguely competent in such a scenario. Still, it’s not what you’d buy a Bentley Bentayga for, but if you are feeling adventurous, it will indulge you.

Being a massive SUV, it’s very practical. Loads of space in the cabin, loads of space in the boot. The model tested was the five-seat arrangement, you can opt for increased opulence and get a four-seat with a champagne fridge. You lose a bit of boot space, though.

All four main seats are heated and air conditioned. The rear seats recline, too. There’s also a detachable tablet in the back which allows passengers to control the stereo, blinds and their seats. With so much space and comfort, a long journey in the back isn’t one to be sniffed at. If you can have a glass of 1959 Dom Perignon perfectly chilled for the journey, it probably makes it even better.

My favourite features were the panoramic roof and the Naim stereo. The panoramic roof just makes it feel even more spacious and it’s always nice to have the option of a sunroof. It’s a box worth ticking. As is the Naim for Bentley Premium Audio. If you like your music, this is worth the extra investment. You get extra speakers and the set up is very configurable, with bass boosters in the seats so you can feel the music.

From a driving perspective, it tackles speed bumps and imperfect roads with aplomb, so no issues there. On the fuel consumption front, things weren’t as bad as I had feared. The trip to Tutubury and back yielded 29mpg and I got 23.5mpg overall. If you’re doing a lengthy journey, you can do it without stopping thanks to the 85-litre fuel tank. The stated range when full is 475 miles and, if you were doing London to Edinburgh, you could achieve that without stopping.

It might have a face only a mother could love, but such is the lot of most SUVs. It’s difficult to achieve the ride height and size of a car like this without aesthetic compromise. Anyway, you can’t see the exterior from the interior.

The payoff from within the cabin is spectacular. The refinement in the ride is superb. The quality of the materials, from the abundance of soft leather to the bespoke hand stitching, are everything you’d hope for. The high ride position offers an imperious view of the road ahead and it is, simply put, just a nice place to be. As a driver or as a passenger, there isn’t a bad seat to experience this car from.

To go with the luxury, there’s also accessibility. The Bentley Bentayga is easy to use and get along with. It’s as robust as an SUV needs to be and as welcoming as a Bentley should be. Existing in a competitive landscape of luxury SUVs the Bentely Bentayga still stands out. If you need opulence, space, ride refinement and no small amount power, it ticks every box.