Police are currently hunting for the culprit who embedded the hand-tool into the bright yellow Citroen DS in Llanbradach, in south Wales 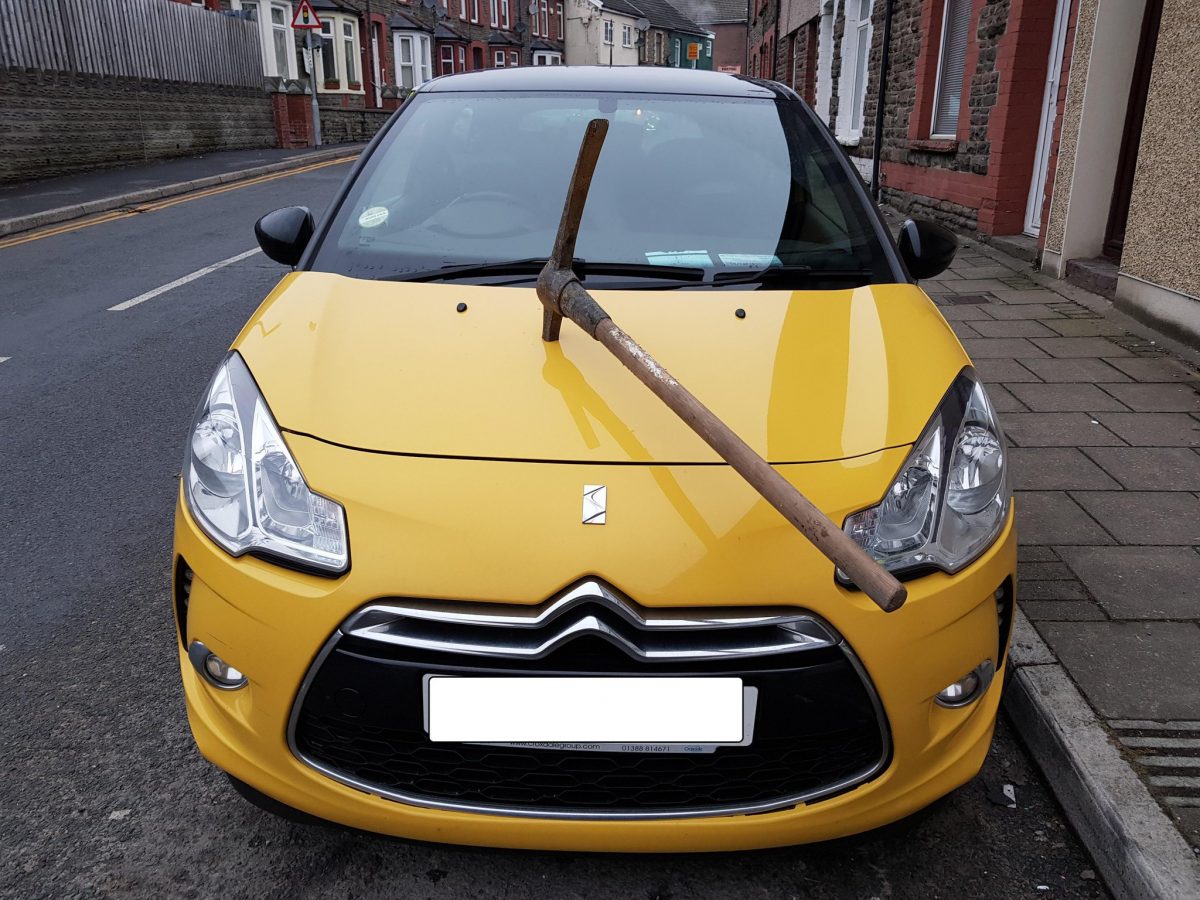 This shocking picture shows an PICKAXE which has been hammered into the bonnet of a car.

Police are currently hunting for the culprit who embedded the hand-tool into the bright yellow Citroen DS in Llanbradach, in south Wales.

A pickaxe is often used by builders to break up concrete – but in this case it appears that somebody could be sending a strong message to the owner of the car.

Caerphilly Officers say the incident occurred on February 5 and are now appealing for information.

They shared the shocking picture on Twitter saying: “A Relief Officers are appealing for any information regarding an incident of criminal damage to a motor vehicle that occurred in Llanbradach on 5th February 2019.

The appeal was posted, along with the image of the pickaxe embedded in the car, by the Caerphilly Officers Twitter account yesterday.

And shocked social media users were quick to react to the post.

Paul Putner wrote: “Somebody put gaffer tape over the numberplate”.

Whilst Ben Schmark uploaded a picture of Krusty the Clown, from the Simpsons, hammering his car with what appears to be the similar pickaxe, writing: “I’m putting speed holes in my car. Make it go faster.”