The graffiti-covered motor was stopped by police officers in Pitsea, Essex

by Joe Mellor
in Automotive, Must Reads, Weird News

A bizarre motor with a Simpsons portrait stuck to the door and a guitar on the roof has been taken off the road by police.

The graffiti-covered car was banned from the road by Essex Police last night (sat) after they arrested the driver. 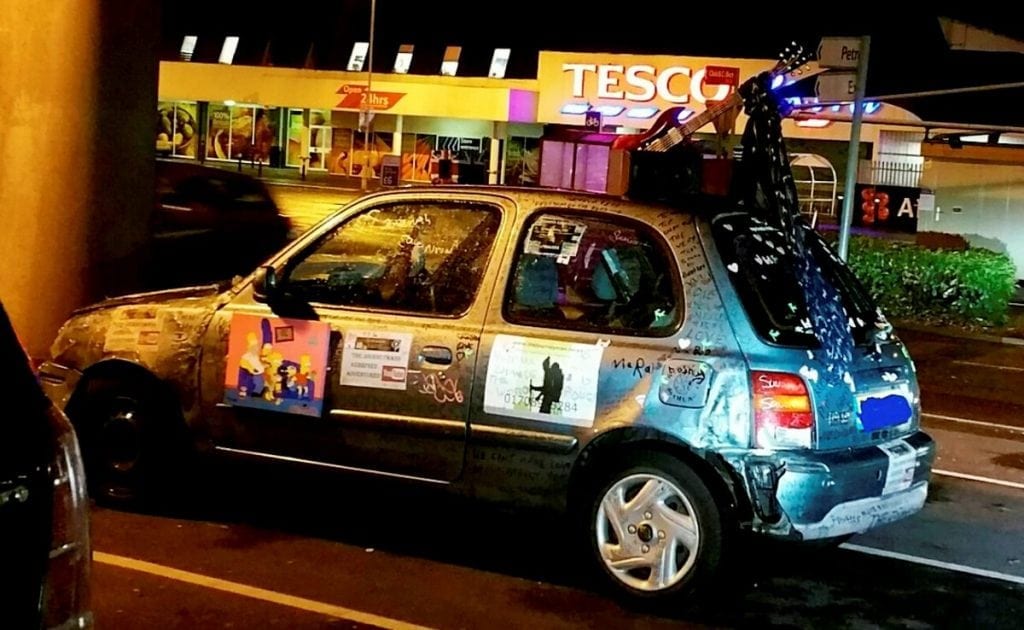 They wrote: “This car caught our eye! That’s not a surprise.

“The driver was wanted and arrested for non traffic offences.

“The car has now been prohibited and the driver reported.”

Pictures show the battered car, which appears to be a silver Nissan Micra, covered in stickers and scrawled messages.

A colourful portrait of the Simpson family on their famous sofa seems to be attached to the passenger door. 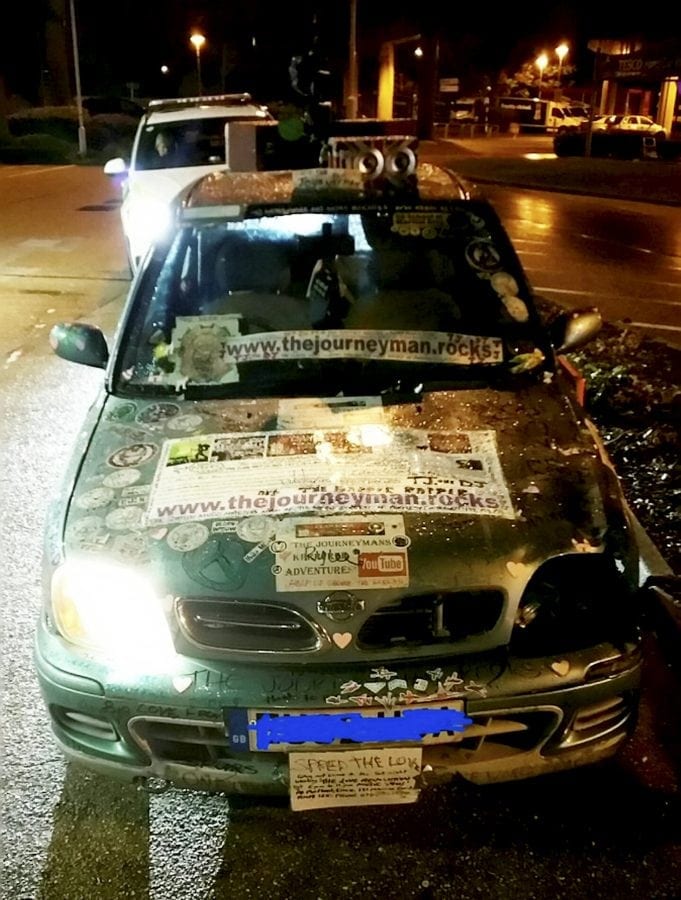 And what looks like a box made from speaker cases sits on the roof, with a red electric guitar protruding from it.

One image taken from the front reveals one of the headlamps is missing, and a poster is stuck on the bonnet displaying the website www.thejourneyman.rocks.