There is no reason why EVs should not be able to contribute to the global climate fight – provided, of course, that they can clean up their own problematic footprint.

by Keith Ayago
in Automotive 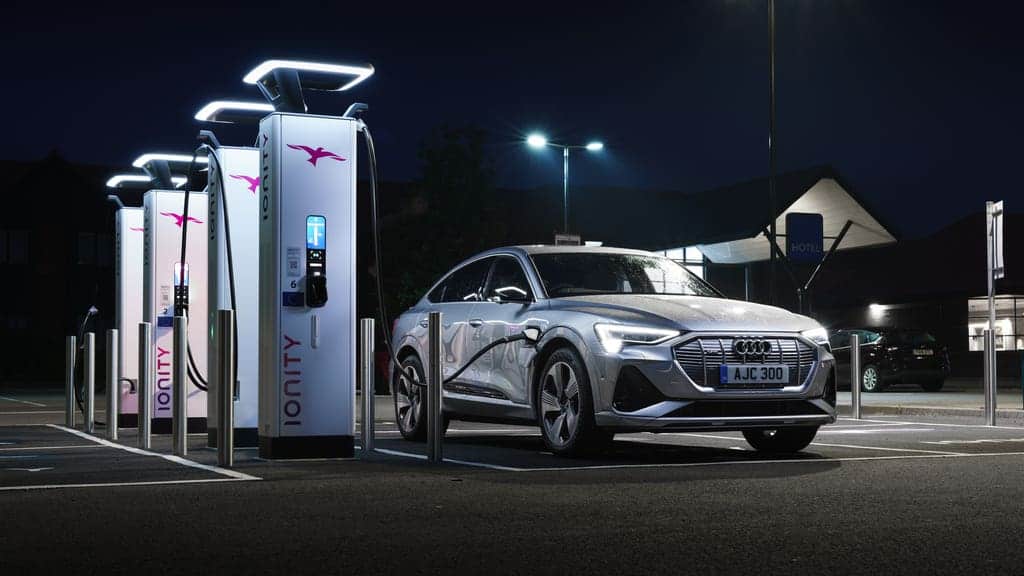 Despite the pandemic, one industry – electric vehicles (EVs) – is enjoying both major investments and heightened demand driven by climate-focused regulations. While carmakers like Volkswagen pour billions into the Chinese market, California Governor Gavin Newsom has followed European leads by banning gas-powered cars from 2035 in America’s largest automotive market. Depending on how next month’s election shapes up, the rest of the US could soon follow suit.

There’s one major problem, however: while tailpipe emissions from EVs may be non-existent, their supply chains are responsible for both environmental degradation and human rights violations. Metals vital to the production of EV batteries are expensive, unsustainable, and immorally mined.

Cobalt is the most expensive metal involved in the manufacture of EV batteries, accounting for $12 in every 1kg of battery cathode (compared to $8 for lithium and $5 for nickel). It’s also in limited supply, while demand could reach 430,000 tonnes per annum within a decade – 1.6 times the current supply capacity. More importantly, and disturbingly, over 60 per cent of the world’s cobalt supplies are found in the Democratic Republic of Congo (DRC), where the market is rife with child labour. A World Economic Forum investigation found children as young as seven exposed to hazardous conditions for as little as $1 per day. Despite efforts to distance themselves from these abhorrent practices, Western companies including Apple, Google, Microsoft, and Tesla have faced legal action for juvenile exploitation, injury, and death in their supply chains.

While the benefits of a wholesale transition to EVs is winning over a growing number of global stakeholders, any successful shift will require an ethical and economically viable alternative to cobalt. The controversies have already incentivised companies to search for an alternative to the “blood diamond of batteries”. Tesla CEO Elon Musk has indicated that his company will pursue cobalt-free batteries by replacing cobalt with nickel, promising a “giant contract“ to any outfit which can mine nickel “efficiently and in an environmentally sensitive way”.

Searching for a better way

In line with Musk’s search for a more sustainable source of nickel, Tesla is reportedly already in negotiations with Canadian firm Giga Metals to produce “low carbon nickel.” Other established players in the nickel market are also moving to position themselves as sustainable suppliers to the booming EV market.

Russian giant Nornickel (also known as Norilsk Nickel), the world’s largest producer of high-grade nickel, recently signed cooperation agreements with three organizations representing 90 per cent of the indigenous peoples living in the north of Russia, including on the Taimyr Peninsula where the company’s mining and smelting operations are centred. The support programme unveiled by the company in September, thought to be worth two billion roubles ($25.7 million), provides both for the protection of natural habitats as well as support for local housing, infrastructure, medical services, and educational and cultural activities.

The agreement with local indigenous communities might have come as a surprise for some, as a number of activists called upon Musk to boycott Nornickel for a diesel fuel spill that happened in late May. According to the head of the Russian Association of Indigenous Peoples of the North Grigory Ledkov, only the joint action by the state, scientific organisations, industrial companies and indigenous peoples can promote real improvements and make the world a better place.

While the nickel produced by Nornickel is meant to power an electrified future, the company’s outreach and engagement with indigenous communities is also intended to protect and preserve traditional ways of life. According to the company, the programme’s provisions include support for local reindeer farms and fish stocks, the building of facilities to process wild fish and game, and the publication of learning materials (especially textbooks) in indigenous languages including Dolgan, Nenets, and Nganasan. The package will even support the provision of local news services provided via WhatsApp.

Efforts of this kind are already helping to draw a clear distinction with much less responsible nickel producers. Some of the most problematic suppliers of the metal are in Indonesia, which is projected to provide almost all of the growth in nickel supplies in the next decade, but where the nickel industry also plans to dump millions of tonnes of mining waste into the archipelago’s surrounding waters, causing irreparable damage to marine ecosystems and regional biodiversity. Amidst new reports that Tesla is in initial talks with the Indonesian government regarding investments in the country, this poor environmental record could swiftly become a stumbling block for the country’s ambitions.

The stakes of a successful shift from cobalt to a more sustainable alternative are immense. EVs are an indispensable solution to the environmental problems of the conventional combustion engine. Even if only one in every four cars on American roads became electric, the country could save nearly $17 billion in healthcare and social costs, while emitting 242 million fewer tonnes of carbon. With environmental issues an increasingly urgent topic, the EV market is booming; whereas just 6,000 units were sold in 2010, last year sales reached 2.3 million. 340 million electric cars, buses, and trucks are expected to be produced over the coming decade.

Tesla, of course, is far from alone in recognizing both the environmental and the political ramifications of this shift. Volkswagen recently teamed up with Chinese partners to pledge €15 billion in investment in the Chinese EV market over the next four years, on top of a €2 billion injection in May and a total of €33 billion already earmarked for a global transition away from fuel burning vehicles, all meant to help the automotive giant rival Elon Musk’s firm. Political leaders are also becoming more active in promoting EVs, with US business and military leaders warning of potential overreliance on Chinese technology and presidential candidate Joe Biden promising to invest in domestic manufacturers, with an aim of replacing 63 million conventional vehicles with electric alternatives by 2030.

With that level of investment and public focus, there is no reason why EVs should not be able to contribute to the global climate fight – provided, of course, that they can clean up their own problematic footprint.