Five out of six Scottish Conservative MPs voted against extending the measures in England last week. 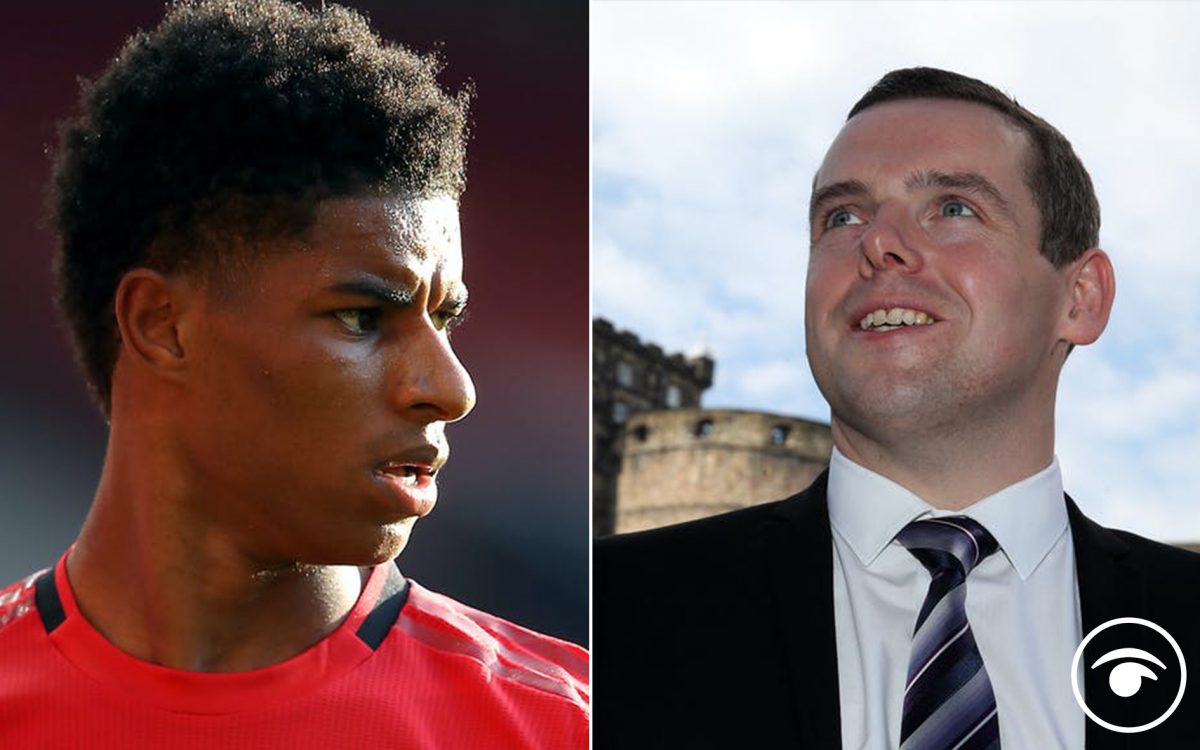 Scottish Conservative leader Douglas Ross has been called out for his brass neck praise of Marcus Rashford’s free school meals campaign after his party voted overwhelmingly against continuing the scheme.

Ross, who was absent when the Tory MPs snubbed the measures last week, called on the Scottish National Party to back plans allocating £15-a-week food vouchers for impoverished children over the school holidays.

Earlier this month, Scotland’s Social Security Secretary, Shirley-Anne Somerville, announced more than £10 million for the extension of free school meals during the Christmas, February and Easter breaks, as well as reimbursements to local authorities which offer support during the October holiday.

Five out of six Scottish Conservative MPs voted against extending the measures in England, with Ross an absentee.

This is what post truth Trumpian lies looks like.
The Scottish Tories who voted against free meals for hungry kids, are now lecturing the SNP who have already introduced free school meals for kids, on why they should introduce free school meals. pic.twitter.com/QmnwhJwf0s

Writing in the Daily Telegraph, he said: “I’m going to keep cheering on Marcus Rashford’s campaign in England.

“But in Scotland, we’re going to go much further and force the SNP to act on his example – by deeds, not just words.”

Marcus Rashford’s political campaigns have been nothing short of extraordinary.

I support what he’s fighting for and the Scottish Conservatives are behind his campaign. pic.twitter.com/WTNd4ThMee

“Rashford’s political campaigns have been nothing short of extraordinary.

“They’re classy, professional, and he consistently keeps out of all the usual political mud-slinging that a campaign like this sometimes engages in.”

However, Scottish Labour leader Richard Leonard said: “It’s breathtaking hypocrisy for Douglas Ross to seek to attach himself to the inspirational campaign from Marcus Rashford to feed children from low-income families when he failed to vote for this at Westminster when he had the chance to do so.

“It’s a gross insult to Marcus Rashford and hard-pressed families from Douglas Ross after he so miserably failed to stand up to Boris Johnson over this issue.”